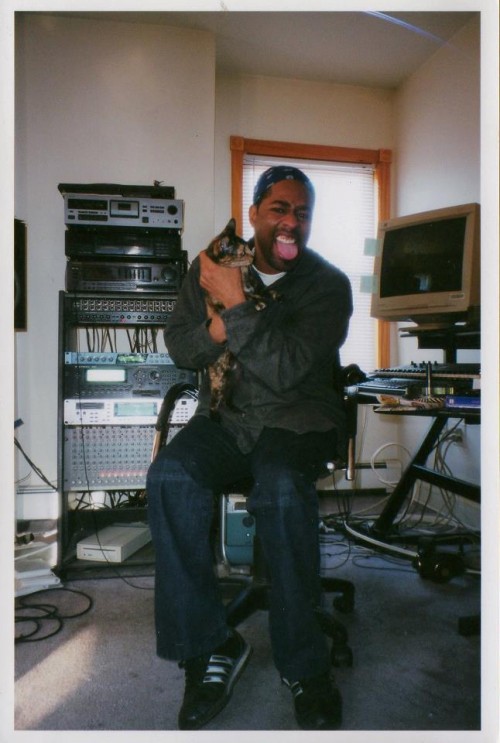 Last week Paul Nickerson, co-founder (with Francis Englehardt) of Dope Jams and Slow To Speak, contacted FACT regarding the recent death of their friend, house producer Dana Kelley. What follows is their tribute to this great artist and his work.

We were devastated to learn that our friend Dana Kelley, influential producer originally hailing from Boston, Massachusetts, died suddenly on January 28th, 2013.

In the dance music world, Dana was better known under his numerous monikers, most notably Callisto, Krimp and DKMA. He released dozens of singles and remixes beginning in the early 1990s, becoming a local hero in the Boston house scene and an internationally recognised pioneer of underground electronic music worldwide. His records on Strictly Rhythm, Guidance, Large and other quintessential 1990s labels helped to define the deep house sound of an era, despite his persona remaining relatively obscure over the years.

Dana’s records on Strictly Rhythm, Guidance, Large and other quintessential 1990s labels helped to define the deep house sound of an era.

Dana got his first huge break on the all time holy of holies, Strictly Rhythm. For a window between 1995 and 1996, he was the golden child of the label’s second wind, putting out 5 EPs in rapid-fire succession to massive acclaim, all at a crucial time when house music was attempting to redefine itself and bridge from its initial explosion to its still uncertain future. His early works straddled this divide, drawing from classic garage and underground club while blazing forward with an unorthodox production technique that relied heavily on ballsy sampling and serious musical proficiency, often manifesting in quintessential Dana/Krimp/Callisto key solos that propelled so many of his tracks into the unique stratosphere of vocal-hook driven house that he exclusively orbited. Both ‘Get Up’ and ‘House of Pain’ were hammered relentlessly by Louie Vega at his Underground Network/Sound Factory residency, and house legend Armand Van Helden, also originally hailing from Boston, ended up lifting the bassline of ‘In The Spirit’ for his hugely successful remix of CJ Bolland’s ‘Sugar Is Sweeter’.

It felt like everything was falling into place for Dana, but things took a different turn following a dispute with label head Gladys Pizarro over his first releases on Guidance, material that Strictly Rhythm had originally expressed little interest in. Incidentally, his divorce from Strictly resulted in his most fertile period yet, seeing Dana mature into the genius of a deep house producer whom his adherents still worship to this day. The conceptual vision expanded, the risk-taking hurtled forward, and the music took on a decidedly more ethereal tone. Dana’s sound as Callisto and DKMA felt like it emanated out of a video game transmitted from Mars, with robots pouring their hearts out in spoken word one-liners, B-movie villains chattering through meaning-displacement talk-boxes and singers from R&B’s storied past screaming to break free. Taking Chicago deep house forebears by the hand through rave culture’s forgotten back rooms, Dana appropriated their jazz-rooted musicality and transposed it onto a landscape of constantly shifted meaning, where secrets are transmitted and voices of pain and revelation sing through a wall of impenetrable, coded, beautifully lush melody. Sometimes delicate and other times dark, his new sound emanated from the ghost in the shell of countless fried hard-drives and over-worked midi controllers that he would leave strewn across his studio like fallen soldiers from the intergalactic war for underground dance music’s future. He put everything he had into his music, and it showed.

Dana made music worthy of the most discerning listener while satisfying the most unpretentious party people, because Dana made universal music.

In our eyes, Dana was one of the most creative, innovative and freaky producers ever. He was a major inspiration behind Dope Jams and a truly special human being. Dana introduced Francis to producing electronic music and sold him his first gear. He was a mentor to us and so many other kids growing up in Boston, enraptured with the promise of underground club culture. But beyond our friendship, his music has always blown us away and showed us that there is a difference between the commonplace and the truly sublime, the everyday house track and the next tier of exceptional dance music. Dana knew how to make instrumental house tracks live, breathe and feel as vital and evocative as the most emotionally affecting and complexly arranged songs. He understood that in order to overcome the banality and imitation so commonplace in so much electronic music, you had to fight the very devices that allow you to create it; it’s only worthwhile if you combat the mechanical reproduction of repetitive music for repetition’s sake.

One listen to Dana Kelley at his finest proves that a house track does not need to rely on its good looks and pretty sounds to do the talking; it can build, peak, beckon, puzzle, challenge and ultimately change it’s listeners like any high form of musical expression. Dana made music worthy of the most discerning listener while satisfying the most unpretentious party people, because Dana made universal music. In honour of his memory and spirit, we wanted to share a little bit of why we think his contributions should be remembered and valued.

Dana’s salute to big-room sounds, expressly intended for the most uncompromising underground dancefloors. Banji-boy chord stabs, filth-filtered acid sequences and speaker-crushing drum rolls combine with a chopped up and longing vocal-sample, clearly referencing the genre’s formative years. This record captured the urgency of communal dance music culture at a time when the scene meant life or death for so many kids with nowhere else to call home, beckoned by the inclusive outsider’s haven that was house music. An anthem for the lost and found, just embarking on a proper night’s journey.

Guidance Recordings was regarded as the direct descendant of genre giants Prescription and Cajual. Dana’s work as Callisto played a defining role in the label’s early sound. ‘Need Ur Love’ was his first release on the label, and Kelley’s determination to sculpt the linear code of computer production into something with the fluctuation of tactile humanity is on full display here. How anyone could make something so funky out of a mainframe is beyond words, and spoke multitudes to Kelley’s talent and determination. The drums on ‘Need Ur Love’ swing as hard as a Kerri Chandler record, while his signature filters and bizarre snake-charmer cyborg wails layer on top of chords drifting in from some far off red-light district – lending the track just the right amount of sleaze to justify his consummately frank utterance of desire. Dana had the rare gift for building and freaking tracks to create something so much more dynamic than your standard instrumental.

Around the same time Strictly Rhythm and Dana went their separate ways, Boston house music legend DJ Bruno was looking for tracks to supply his new Utopia Records imprint; as it turns out, the 1st and possibly only physical release from the label was provided by who else but local songsmith Mr. Kelley, this time as DKMA. ‘Something About You’ is more in the vein of UK hardcore/rave, but with a vocal outpouring definitely in the vocal house tradition. Kelley’s chords sting in their dreamy, tragic beauty, while the anonymous diva’s sentimental refrains and free-formed cries take the track into triumphant late-night euphoria.

Wielding a french-house filter on a Larry Heard-nodding track resulted in the best piece on the Nether-World EP, Dana’s third release on Guidance. The catchy phrasing of his sedated, jazzy key-work unfolds into a frenzied pitch of weird vintage sci-fi samples and spliced-up songstresses’ ardent cries over wide-lensed deep house chords. A slow-building and ultimately towering tour-de-force.

Hidden at the end of This Is Krimp EP is ‘Feel It’, calling to mind the latter hours of black-light lit warehouse spaces and devoutly attended mid-1990s deep house weeklies. ‘Feel It’ merges all of the best elements of Kelley’s arsenal: ethereal chords, a violently gurgling acid baseline, sleazy sax-patch keys and Dana’s hooks sung with total earnestness – you can say things like, “Feel It In Your Mind, Feel It In Your Soul…Can You Feel It?” when it’s riding over a record that reaches as high as this. This was the beginning of a long path of self-refinement and maturation, but it sounds like a master already well into his prime.

Ever exploratory, Dana proved his versatility with this soulful jungle/drum and bass futurism. ‘Jungle 1’ is a floating dreamscape of a breakbeat, stylistically nodding to the Bukem empire but interlocking the track with vintage Callisto sampling and keywork. A magnificent and deeply sincere display of Dana’s musical adeptness.

Another masterpiece in the twisted, unorthodox style that only Dana could deliver. This is dementedly funky vocal house music that passes through all the obligatory nods to lineage, combining garage-rooted vocals with the moody, futuristic leanings of a techno visionary and bigger-than-life NY/NJ underground chords, lyrically harkening back to the lost promise of a truly universal dance music and pleading for a return to the real.

Time-travel house typical of Callisto tracks at their prime. Enveloped in walls of deep-space synth patches, heady bass stabs and intelligently sparse drum-work, ‘Ambent II’ lent credence to the feeling that Callisto’s music was the generous gift of some alien civilization determined to make our minuscule planet a better place.

‘The Groove’, also from Dana’s first EP on Guidance is the finest track ever released on the label. Chords summoned from rave mythology unfold over stuttering, concussion-inducing bass kicks, while Dana goes off in classic Krimp/Callisto fashion with a brain-decimating synth solo. And with the purpose of a prophet, normally humble but in this moment towering with self-assuredness, he gets on the mic and declares his total mastery of the craft. “I Am The Groove, I Am The Creator….” Who else can make utterances like that sound so justified?

Dana Kelley’s piece de resistance: one of the eeriest, most freaky house tracks of all time. “He Who Breaks The Law, Goes Back to the House of Pain!”- words forever impressed on a whole generation of club children lucky enough to have heard this is in the proper context. Just the way those chords are filtered and the levels tweaked give the entire track the feeling of sneaking up on you like a monster from a 1950’s horror flick, with the syncopated breathing of zombie hoards making surprisingly funky percussion. Most importantly, the track contains the best Krimp keyboard solo ever! It is to house music what Jimmy Page’s solo in ‘Stairway to Heaven’ was to ’70s rock…yes, it’s that good. A brilliantly devastating party-rocker that embodies all the eccentric genius of Dana’s production prowess. 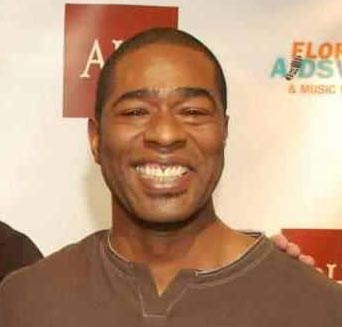 Every enduring character has a signature. In Boston, it was Tim Haslett’s flick of the wrist as his thumb hit his middle finger, or DJ Nitetrain mimicking the back cueing of a imaginary record in mid-air. With Dana it was the moment his face began to crimp, the split second before he inevitably burst into laughter. Every time you hung out with him it was bound to happen, whether from something someone said or some far-off, imaginary scenario that was orbiting in his head at that moment. And once the laughter was released it was absolutely infectious, a mischievous, roaring laughter that made you feel safe, certain that you weren’t alone in the world. Beyond all the music he has left behind, this is what we will remember most. R.I.P. D.K.M.A.