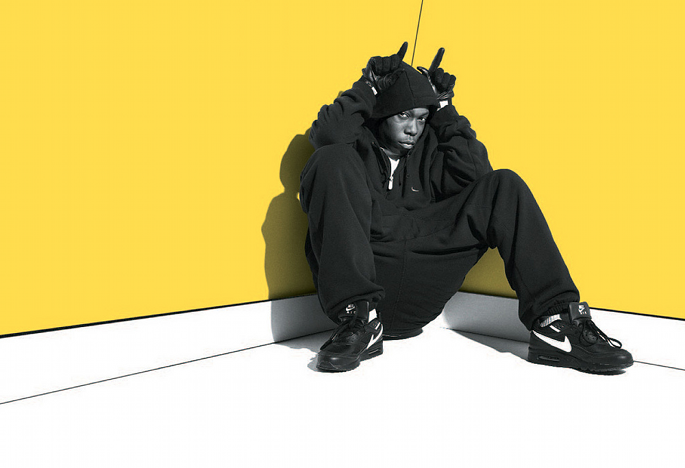 Yes, really. It’s been a decade since the then eighteen-year old grime MC’s ground-breaking debut was released on XL, bringing together some of the most original production and lyricism in a generation and becoming a modern classic in the process. This status isn’t confined to the grime scene either. In November 2011 BBC Radio 1’s Zane Lowe selected Boy In Da Corner as part of his Masterpieces series – alongside Oasis’ Definitely Maybe and Amy Winehouse’s Back To Black – as an album of seminal quality and vision, and the messages of appreciation that came pouring in saw listeners not only reminiscing of the impact of the album upon release, but of how the shock and awe of that first listen remains to this day.

In its portrayal of the resilient individual struggling to survive the socio-economic realities of everyday inner city life with a self-deprecating wit and caustic undercurrent that characterises grime at its finest, Boy In Da Corner has come to be not so much an album but a vital historical document, a 15-track microcosm that exploded onto the UK music scene and uniquely managed to both solidify and popularise grime in its most raw, anxious and passionate form. As loved as it is however, Boy In Da Corner has come to represent more than just the career of Dizzee Rascal. If this is a classic then what is it emblematic of – the story of artist, the scene which they came from, the contemporary culture that lauded it, or all three? If it’s modern then what made it modern, keeps it modern, and what does it mean now in remaining so? Reflecting on an album with all this in mind brings up two words that come to shape how we view the work now – hindsight and influence.

Hindsight can imply that the work was not fully appreciated at the time and that in the act of looking back, we’re only just understanding its worth. With Boy In Da Corner though, this isn’t the case: the album was a creative and commercial success. After gaining near universal acclaim – Pitchfork gave it 9.4/10 and praised its vision of East London as a British equivalent to American rap regionalism – it went onto beat Radiohead and Coldplay to win the Mercury Music Prize and peaked at No. 28 on the UK Album Chart that same year. It also achieved this success in an intensely creative yet divisive moment within UK underground music. Released two years after So Solid Crew had a UK No. 1 with ’21 Seconds’, and a year after the seminal ‘Pulse X’ marked a year zero for grime production and More Fire Crew’s ‘Oi!’ hit No. 7 in the UK Single Chart, Boy In Da Corner is emblematic of how this localised scene was thrust into the public domain and laid the blueprint for the now familiar face of the grime MC turned pop star.

Context aside, the singular talent of Dizzee Rascal cannot be overstated. After knocking on DJ Target’s door as a school kid and being taken under Wiley’s wing Dizzee came to cut a formidable figure with his dextrous, high-pitched bark and lyrical perspective that was by turns hopeful and melancholy. Grime is a music of passion, anger and sorrow, a longing for change and lament for its fleetingness, and Boy In Da Corner embodied this with near-unparalleled quality. ‘Brand New Day’ aches for nostalgia with a head heavier than the shoulders can carry, ‘Sittin’ Here’ narrates a realist tour of the estates through the eyes of a survivor – “I think I’m getting weak ’cause my thoughts are too strong” – and ‘Wot U On?’ mocks the hollow narcissism of local notoriety masquerading as fame.

This perspective served as the perfect, necessary antidote to So Solid Crew’s chart success underscored by their heavily publicised criminal cases, and the glorification of violence and obsessive materialism in their music. Boy In Da Corner was less about wish fulfilment than setting the scene that these brief and often hollow victories punctuated; of the fear and adrenalin that pervades a life growing up absurd and looking over your shoulder as “students truant, learn the streets fluent.” So Solid and Dizzee represented two very different elements of contemporary underground music that needed to clash in order for an album like Boy In Da Corner to exist, and for Dizzee to be so modern. He was the vanguard and Boy In Da Corner his radical statement of intent, drawing wider attention to a deeply personal and political moment in time. Scandal and pain were brought into explosive proof with a sonic “fuck you” to the past and a deep disillusionment about the future, yet it was also a determined forward march; its uncompromising, screwface-inducing 140bpm onslaught championed by pirate radio and the estates that tuned in. That Dizzee created a sound so of the moment that has come to stand the test of time also brings us to that other word that informs a classic – influence. 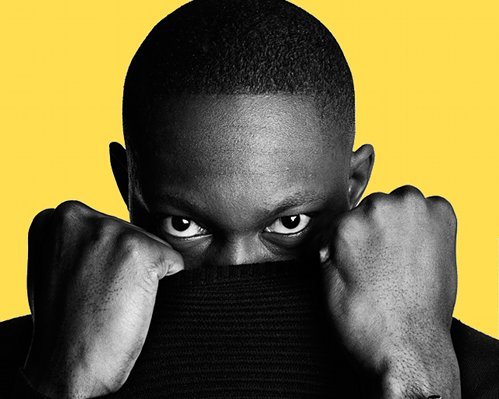 Although Boy In Da Corner catapulted Dizzee into the commercial spotlight in ways that some may have predicted but few could have foreseen the extent of, it not only influenced but directly allowed for the success of artists such as Tinchy Stryder, Chipmunk, Wretch 32 and Tinie Tempah, who can claim five UK Top 5 albums, two BBC ‘Sound of…’ nominations and advertising campaigns with Adidas and Coca Cola between them. Speaking on Zane Lowe’s ‘Masterpiece’ show Tinie Tempah called Boy In Da Corner “a pure record, the beginning of a genre.” He remembers “being thirteen years old and rushing out on the day of release to go and buy it. It was the artwork – wanted the tracksuit, I wanted the Air Max 90s, it was just iconic. That album changed my life. It was the first time that I could go and buy music from an artist that was considered relatively underground, and being able to do that gave me a lot of hope that maybe one day… I may be able to do the same thing.”

The commercial success of acts like Tinie Tempah being down to Dizzee Rascal’s transition from grime MC to pop star is almost without question. When Dizzee self-released ‘Dance Wiv Me’ in 2008 through Dirtee Stank it marked a turning point in the image of the British rapper in the mainstream, and eight Top 10 singles later, Dizzee can (for better or worse) claim to have spearheaded this shift. What this in itself means for grime is questionable though. When you read about Dizzee Rascal throwing wads of cash at a midget stripper in a Miami club it’s not hard to see why some have lamented the ‘demise’ of the grime sound and ethos as symbolised by Boy In Da Corner; in its place a shallow and disposable pop that bears precious little resemblance to what made Dizzee so vital.

Yet in the 10 year anniversary of Boy In Da Corner, grime music is still as modern and influential as ever. When legendary grime crew Ruff Sqwad announced that they were compiling their classic instrumentals on one release last winter, the reception was remarkable yet expected. It had been a long time coming. Ruff Sqwad in many ways ran a striking parallel to Roll Deep; both crews were from Bow in East London, both with a formidable mix of producers and MCs and both with their future pop stars in tow in the form of the teenage Dizzee Rascal and Tinchy Stryder. Yet whilst Roll Deep and Dizzee especially went onto have mainstream success Ruff Sqwad remained a beloved fixture of the UK underground, their own modern classics left as low bitrate radio rips or a criminally short run of white labels.

With the release of White Label Classics, Ruff Sqwad have contributed their own modern classic to the canon and marked another crucial yet very different anniversary in the story of grime. If a direct parallel can be drawn here, it’s that the cult status of crews like Ruff Sqwad, albums like Boy In Da Corner and the lasting public appreciation of grime in its most gut-wrenching form shows us that we don’t need hindsight. An intense romanticism has forever been embedded in the story of grime and it’s apt that the release of White Label Classics should have ome within months of the Boy In Da Corner‘s 10 year anniversary. These releases should be considered as not just modern classics of great grime music but of UK music period; vital snapshots of a sound that remains of and beyond its time.

On page two, artists Kuedo and The Bug, and writers Dan Hancox and Joe Muggs look back at Boy In Da Corner (use your keyboard’s arrow keys to turn pages). 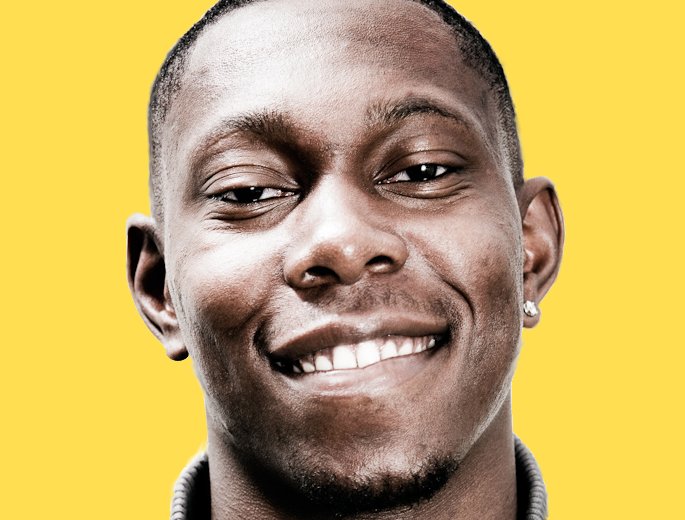 ”It circled a square in many ways: ghosts of what rave was, sliced apart with sparse, half-speed snares, sounds drenched in ice reverb. It had a vital energy of timing in that it was a true young London hood representation of a generation that had very few albums to call its own yet, but also because it had a genuinely rare quality, in any art, in that it was born into perfect alignment with the context around it, and with full clarity of purpose. We knew this music from pirate radio, but we didn’t know it could be so successfully fashioned into, and received as, a self-contained album. Even though the text that grows around Vex’d has revised the project into being dubstep canon, in actuality it was grime that energized us far more than any of its sibling genres, and no other record more so than this one.” – Kuedo

“Boy In Da Corner was the greatest and worst thing that could happen to grime. There have been plenty of mighty releases since, but they could never be perceived by the wider world as being able to compete with Dizzee’s emergence, fully fledged, and with his purity of expression. And yet paradoxically, it was also a problem in that it did present grime as a rapper-led, album genre because in the wake of Boy In Da Corner the world, and even grime itself, forgot that the style was deranged, subversive, mental, experimental electronic rave music as much as it was British rap. And that’s what eventually led to Tinchy and Tinie becoming superstars while the mad ghetto professors of grime’s beat science languished in obscurity. Until the ‘Butterz era’, but that’s another story…” – Joe Muggs

”When I first bought a white label copy of ‘I Luv U’, I was instantly blown away. It was a brilliantly raw, nasty piece of silicon electro-punk which sounded fresher than anything around at that time; like an alien transmission from some unknown and intimidating parallel universe, fuelled by the fire in Rascal’s belly. Everything I had ever wanted UK hip hop to sound like was contained in this futuristic, brutal head fuck. It was London distilled to pure rhythm and spite.  I still love it now, if not even more so.” – The Bug

”Only a teenage genius with nothing to lose would start their debut with ’Sittin Here’, a grime version of La Haine. If you can endure that with your head still up you’re confronted with the buzz of robot helicopters and then the blitzkrieg bombardment of ‘Stop Dat’. The unadulterated glee when DJ Spyro dropped this at The Egg [in 2009] - 300 people effectively having a massive fight with the space in front of them - reiterated the tragedy of grimes live banishment: a shower-face and a beaming grin are the same thing.” – Dan Hancox (in FACT, 2010) 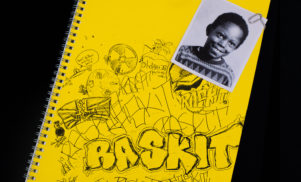 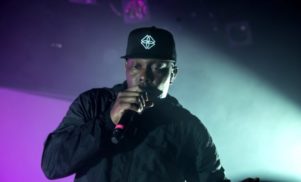 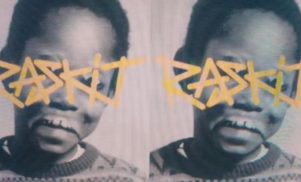 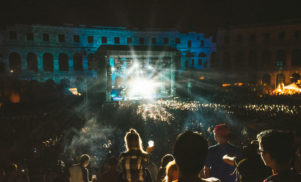 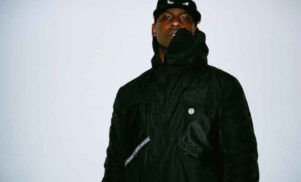 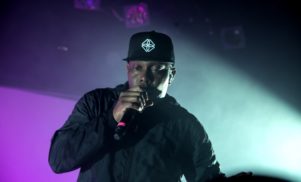 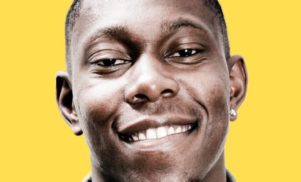 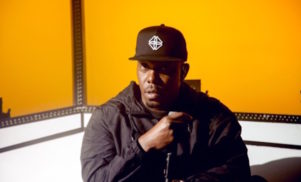