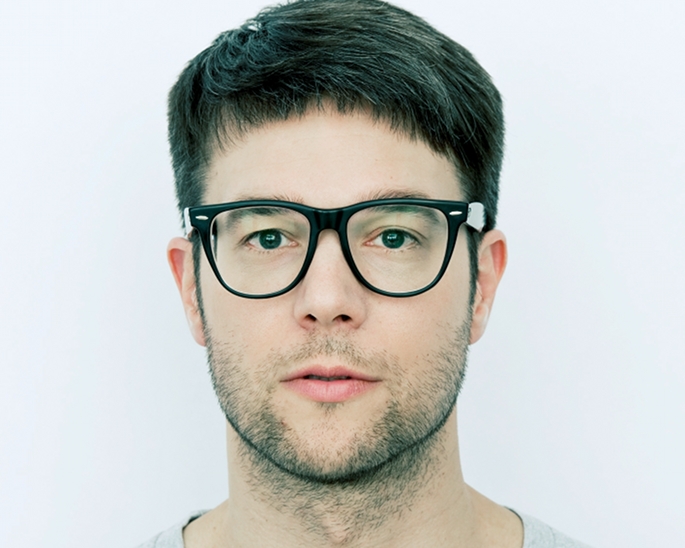 Roman Flügel might be one of the German house/techno scene’s best-known names, but he’s also one of its slipperiest characters.

Most house and techno fans will be casually familiar with Flügel: he has, after all, had a major hit (‘Geht’s Noch?’), co-founded a crucial label (Playhouse), and churned out releases with enough regularity to continually remain a going concern. For many, he’s a welcome but benign presence, releasing average-to-great material with a tech-house edge throughout the 2000s. All well and good, but hardly the full story – barely even a chapter, in fact.

With releases dating back to 1992, Flügel’s discography is on a par with that of Uwe Schmidt or Wolfgang Voigt – an enormous, wildly varied collection of forgotten classics, genre experiments, commercial triumphs and missives from the leftfield. Where  Schmidt is a peacock, flaunting his particoloured plumage, Flügel is a chameleon – unshowy, hard to pick out,  commendably adaptable. His history is one of legion aliases, from Alter Ego through Eight Miles High to Soylent Green. It’s also characterised by restless shape-shifting: electro, Hardcore, deep house, jack, speed garage, and vibraphone-enhanced pop all make appearances on his rap sheet.

There are constants (an enduring association with fellow producer J.E. Wuttke; an interest in precision and punch) but, for the most part, Flügel’s canon is notoriously tricky to trace a narrative through. As such, it’s high time for a clear, comprehensive OS map of planet Flügel. Consider it a potted history of Flügel’s long career – the life and times of one of European dance music’s niftiest Jacks-of-all-trades.

You can catch Roman playing at Fabric London on 27th April as part of the Live At Robert Johnson tour. 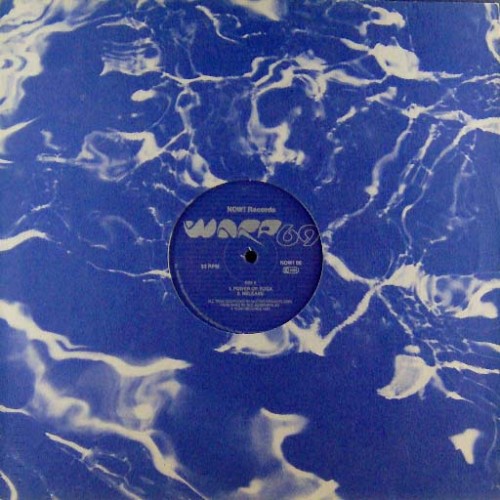 Flügel had dabbled in music as a high school student, drumming in bands and privately tinkering around with an Ensonic EPS 16+ set-up. His proper induction into production, however, began after meeting regular collaborator J.E. Wuttke in a New Wave club in 1989. Smitten with UK/US imports picked up at Frankfurt’s Delirium Record store, the pair started turning out playful, unfussy bangers of their own. This green-gilled larking expressed itself in through a number of different aliases: a daft, derivative rave disc as Defiance in 1992; the ultra-saccharine Hardcore single ‘Dreamstrings’ as Goya (1993); and a couple of trance experiments as Pure Tribal – a moniker that tells you everything you need to know about the record.

Their Acid Jesus project (whose 1994 Radiation EP, incidentally,  comes very highly recommended) is their best-known early gig, but the finest expression of the pair’s unpolished exuberance is Warp 69’s Power Of Yoga EP. The title track in particular – walloping piano Hardcore with a mighty Acid undertow – is full of the sort of unabashed jubilation that would eventually resurface in gruffer, techier form a decade later. 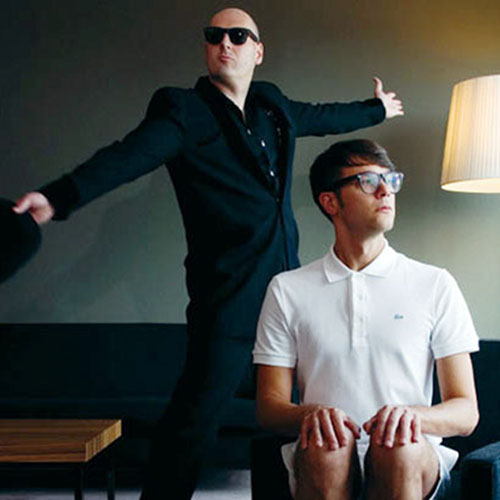 In 1993, Delirium regulars Ata Macias and Heiko Schäfer recruited Flügel and Wuttke to launch new label Klang Elektronik, a none-too-subtle homage to some German band or other. Following on from their maiden Acid Jesus album, Flugel and Wuttke returned to the label for a self-titled full-length as The Primitive Painter. Much less known than their contemporaneous Alter Ego album on Sven Väth’s Harthous imprint, it’s a severely underrated collection of Ambient Techno, reminiscent of Polygon Window and Reload’s fluffier moments. As would become the norm, The Primitive Painter arrived in tandem with a series of very different Flugel/Wuttke projects – peep the New Jersey-facing, bongo-enhanced House released as Holy Garage the following year. 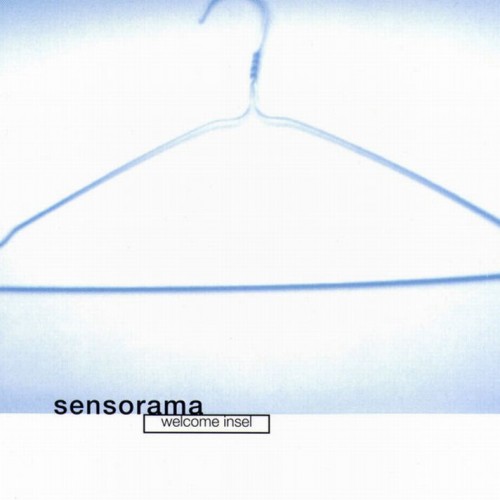 It’s around this time that Flügel’s heterogeneity fully kicks into gear. Not only do his various projects continue to tug in different directions – see his deep house dabblings as Roman IV on ‘Altes Testament’ – but individual records start to privilege diversity over coherence (and, some wags might note, consistency). Solo LP Ro70, released on Move D’s Source Records, is a playful olio, shuffling from quirky electro to lushly orchestrated Ambient music. A second case in point is the excellent debut LP from Sensorama – another Wuttke team-up, and perhaps the strongest studio album in Flügel’s canon.

Like the coathanger on the cover, Welcome Insel is an album that continually twists itself into new shapes. The pair turn their hand to twinkling kuduro of ‘Harz’; craft analgesic electro on ‘Zone 30’; go in for bewildered vamping on the stop-start ‘Ventil’; and, on ‘Helgoland’, create something this writer has no qualms describing as Narnia Acid. It’s a great transmission from a time when Flügel’s profligate genre-switching feels exciting rather than indiscriminate. Later Sensorama LPs (1998’s Love and 2001’s super-sharp Projektor) were pricklier, glitchier propositions, but neither match Welcome Insel‘s warmth and colour. 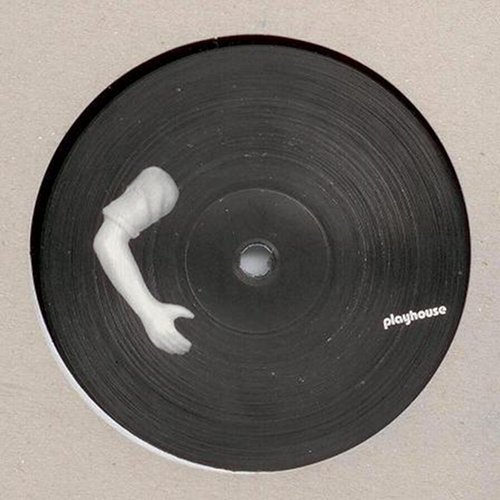 Of the numerous labels Flügel helped launch (Klang, Ongaku), Playhouse has the finest run of form. Microhouse poster-boy Isolée, Jan Jelinek (aka Farben) and the mighty Ricardo Villalobos have all put out essential early releases on the imprint. Flügel’s main source of output on the label was his predictably unpredictable Soylent Green alias, responsible for a string of house-leaning EPs from 1996 through 2007.

Soylent Green is one of Flügel’s most rewarding outlets – 2006 retrospective La Forza del Destino is, track-by-track, his best long-form release – and the Soylent Green EP is a killer start to the project. B-side ‘Low Pt. 2’ is great, but ‘Low Pt. 1’ is the main event. It’s a remarkably sensuous 4/4 dub number, full of muted rumbles and sotto voce detailing, with ugly snare rolls slicing through the fog. Basic Channel loom large, but Low. Pt. 1 shows Flügel’s knack for inspired borrowing; not unlike the Soylent Corporation, Flügel mulches down his influences into something eminently digestible. 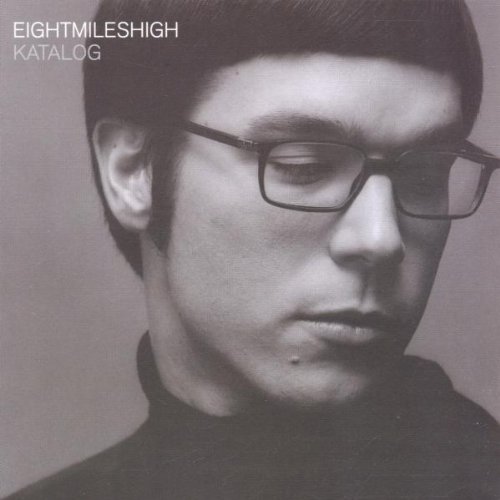 Flügel has always had a rough schema for his releases: Soylent Green/Roman IV for house music, Tracks On Delivery for techno, and Eight Miles High for the weirder stuff. Flügel has pegged the latter as his “favourite moniker to hide behind”, and it’s certainly the project where it sounds like he’s having the most fun. 1998’s Mankind Must Put An End To War offered merciless hard house, second only to a 1996 EP as The Supreme Truth in the wallop stakes. 2000’s The End Of The Beginning, meanwhile, sees Flügel trying his hand at 4/4 punch, Uusitalo-style deep house, and Afro-collage a la Theo Parrish.

2002’s Katalog anthology largely sticks to the gentler material, but it’s an effective showcase for the breadth of the project (and, by extension, the patchwork nature of Flügel’s career as a whole). Chornologically, it also marks something of a transitional point for Flügel – a marker of when he put aside his interest in kitsch and jazz in favour of harder, neater or crisper sounds. 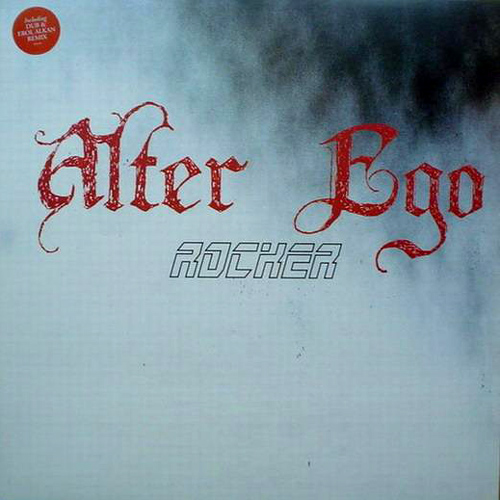 You wait a decade for a crossover hit, and then two come along at once. Of Flügel’s two 2004 unit-shifters, club-footed tech house banger ‘Geht’s Noch?’ is probably the more fondly remembered. Based around a nagging two-note melody, it’s ‘Flat Beat’ without the subtlety, and made serious inroads into radio playlists and the ringtone market.

Alter Ego’s electroclash staple ‘Rocker’, however, is the stranger – and better – of the two. Flügel and Wuttke’s combustible electro cut is about as cerebral as a dopey puglet, but the track crackles with energy and revels in its own absurdity. The loud-quiet-loud approach also pushed Flügel and Wuttke onto the indie disco circuit – a freight container’s worth of remixes (and, we presume, advert royalty payments) followed. Alter Ego tried to keep the fun flowing with deeply silly follow-up LP Why Not?!!! (sample track title: ‘Fuckingham Palace’), but ‘Rocker’ proved impossible to top. 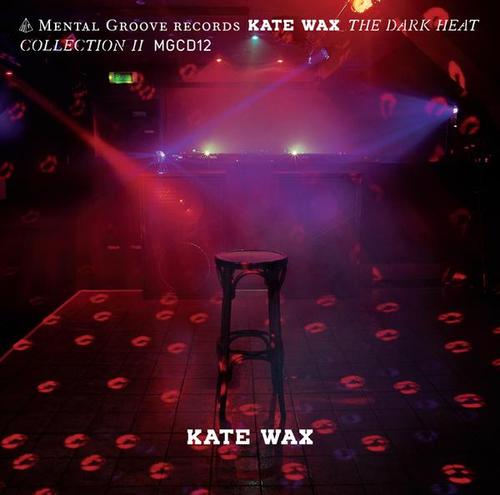 Flügel’s a strong if not spectacular remixer – his edits sometimes seem like a repository for his less interesting ideas, tending towards tech house chug and surface pruning. Still, he’s had his triumphs: his 2005 ’23 Positions In A 1 Night Stand’ edit of Audion’s ‘Just Fucking’ is brilliantly jittery in a Syclops sort of way, and his 2009 rework of Superpitcher’s ‘Rabbits In A Hurry’ is a haptic, thrumming treat. 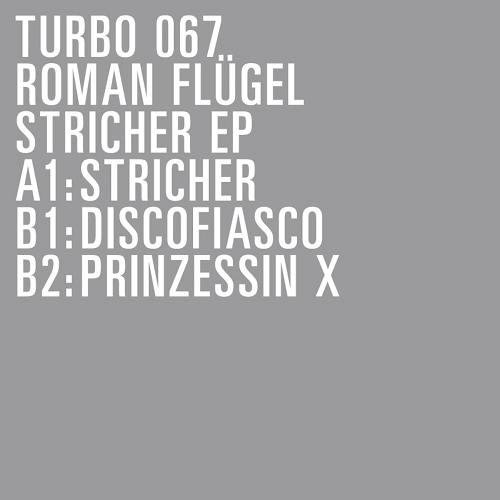 Distorted disco – or, as Flügel christened it, “Patrick Cowley on ketamine”. After a decent but unexceptional couple of years, Flügel’s solitary release for Tiga’s Turbo imprint is a spirited exercise in late style. Like much of Flügel’s ’00s work, Stricher depends on a mix of twitchy low-end and pointillist lead lines, but there’s a sense of shuffle and play that brings the disc to life. The title track is nu-disco disrupted by bursts of radio static – flashes of lightning cutting through the aurora borealis. The EP also comes backed by the lightweight disco of ‘Discofiasco’ and ‘Prinzessin X’  – about as close as Flügel’s got to an out-and-out brostep wobbler. 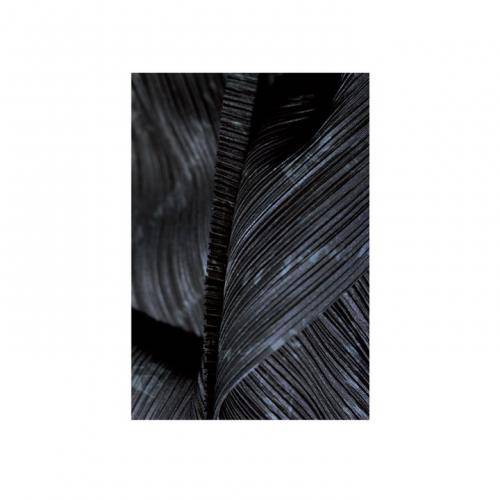 Roman does Dial. Flügel’s affiliation with the Hamburg imprint dates back to the mid 1990s, when future label founder David Lieske held down a job at Landomat 2000. By the tail-end of the ’00s, Flügel had stepped back entirely from his duties as co-owner of Playhouse, and, looking for somewhere new to hang his hat, struck up a charmed relationship with the label. The How To Spread Lies EP sees Flügel attempt to try something deliberately “gentle not depressing”, and it’s a successful attempt to fit in with Lawrence and Pantha Du Prince’s shimmering house style (side note: Flügel pre-empted Pantha Du Prince and The Bell Laboratory’s recent Elements Of Light on 2005”s Superstructure, produced in collaboration with vibraphonist Christopher Dell).

How To Spread Lies is one of Flügel’s loveliest releases, and heavy on the same cobwebby charm that made John Roberts’ Glass Eights such a delight. The purple patch would continue: 2011’s Brasil EP showcased a sneaking Border Community influence, and that year’s Fatty Folders – Flügel’s first solo LP under his own name – provided some more late-career bloom. 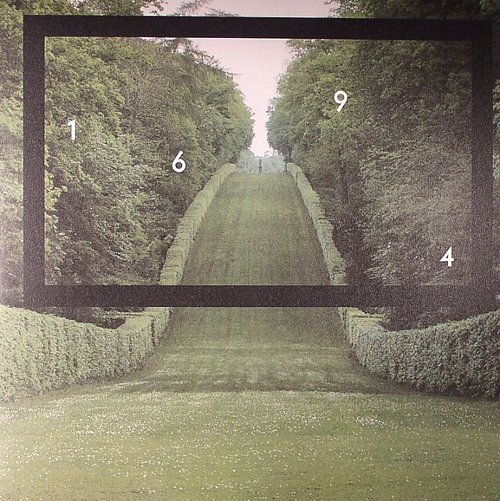 Two decades after those first releases, Flügel shows little sign of puttering to a stop. De facto home Live At Robert Johnson have continued to knock out releases, although most have been functional rather than essential. A forthcoming disc for Clone’s sterling Jack For Days series promises high-level Chicago pastiche, and collaborations abound – see an unspectacular effort with Ivan Smagghe, and an enjoyable team-up with old mucker Ricardo Villalobos as RiRo/RoRi.

Flügel’s charming remix of Alex Egan’s The Draughtsman project is a powerful reminder that he’s still got plenty to add to the conversation. He smothers the original in Popol Vuh synths, spotted with drums that resemble the flap of a sparrow’s wings. Before things get too sedentary, Flügel swerves into a knock-kneed electro riddim. It’s clever, cheeky and sounds like two producers tussling over the same computer. Plus ça change.