“Sexism in the music industry ain’t nothing new.” Why aren’t female artists getting their due? 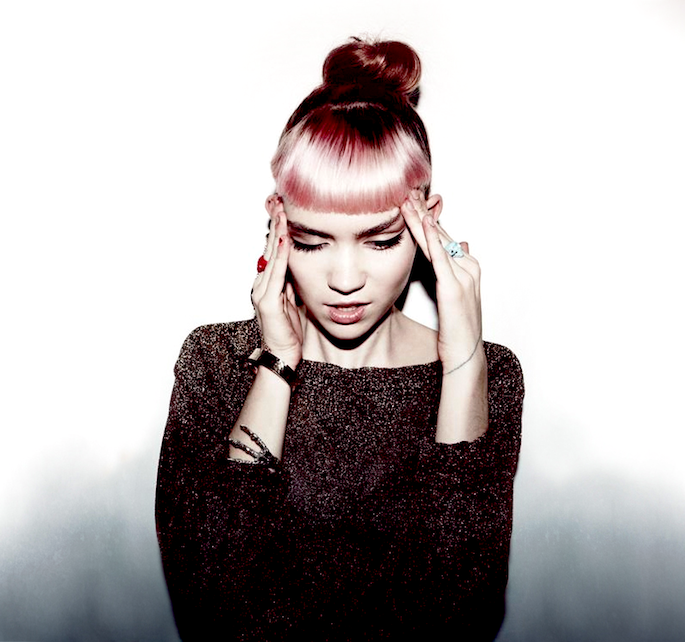 As the Nina Kraviz “Bathgate” demonstrated, sexism is alive and well in the dance music community — but a series of dispatches from the pop world prove that accusations of music industry puppetry are not limited to electronic music.

Last week, indie darling Solange Knowles took to Twitter to address an issue she has referenced before. “I find it very disappointing when I am presented as the “face” of my music, or a “vocal muse” when I write or co-write every fucking song,” she tweeted. “How can one be a “vocal muse” to their own melodies, storytelling, and words they wrote?”

While they certainly apply to a whole raft of her press coverage, the comments appear to be in response to Pitchfork’s positive — if problematic — review of her recent True EP. The review describes Knowles as “hitting a graceful stride, in her own time and on her own terms,” before calling attention to shadowy producers and songwriters of pop music that “lurk in the background,” extolling True as the opposite of genetically-engineered pop: an effort where Knowles and collaborator Dev Hynes are presented as “a full fledged-partner[s].”

The review has a point here, but it seems to lose the script when describing Knowles as Hynes’ “ideal female vocal muse,” putting the onus of songwriting on him rather than her — the male gaze realized. Both artists shared writing, composition, and production credits on the EP, and while Hynes’ stylistic fingerprints are all over True, it seems inaccurate to describe Knowles as some sort of vessel for his creations.

Knowles is not alone in not receiving credit where credit is due. Claire Boucher, who is single-handedly reinvigorating pop music as Grimes, faces similar challenges. Despite being credited as the sole writer and producer of her three albums, Boucher has been dogged by sexism, taking to her Tumblr last week to address a variety of grievances, from press faux pas to sexual harassment. Standing out from the list was a castigation of men who dismiss her skills as a musician.

Hurling “she doesn’t even write her own songs” at a pop act is nothing new, even if studio collaboration has been the norm for much of pop history.

“I’m tired of men who aren’t professional or even accomplished musicians continually offering to ‘help me out’ (without being asked), as if i did this by accident and i’m gonna flounder without them. or as if the fact that I’m a woman makes me incapable of using technology. I have never seen this kind of thing happen to any of my male peers,” she writes. “I’m tired of the weird insistence that i need a band or i need to work with outside producers (and I’m eternally grateful to the people who don’t do this).” It appears that the contributions of female artists to their own music can be diminished — even when they are without studio accompaniment.

But even when others look to support Boucher’s artistry, it often comes at the expense of other female artists. Late last year, James Brooks (who has toured with Grimes under his Elite Gymnastics moniker) responded to a piece that grouped Boucher with pop artists Sky Ferreira and Charli XCX with an indignant rebuttal on his Tumblr. “Do not talk about a major label pop project who shares co-writers and producers with justin bieber as if they’re at all comparable to someone who writes, records, performs, and produces everything herself,” he admonished.

It’s true: like Solange, Charli XCX and Sky Ferreira have collaborated with outside songwriters and producers, frequent liner note denizens like Hynes, ex-Hippos frontman Ariel Rechtshaid and Justin Raisen. There’s been a great deal of their coverage focusing on the their collaborators — no one is “lurk[ing] in the background” — so it seems as though “purity” is being equated with “quality” in a way that does not apply to male artists.

Hurling “she doesn’t even write her own songs” at a pop act is nothing new, even if studio collaboration has been the norm for much of pop history (e.g. Elvis). Yet the insults don’t seem to fly at Usher, Theophilus London, Vampire Weekend, and Cass McCombs — artists for whom Rechtshaid et al have written and/or produced. Similarly, the liner notes of rising stars like Frank Ocean and Miguel seldom receive the same scrutiny, even if they are littered with collaborators.

So after the Kraviz incident, the Solange tweets, the Grimes Tumblr post… maybe this is an issue we need to talk about.

Charli XCX (born Charlotte Aitchison) wrote and recorded an unreleased album as a teenager. While she may dismiss it as “fucking terrible MySpace music,” there is a throughline from her youthful experiments to her debut album, True Romance, on which she receives lead co-writer credit. In response to Brooks’ post, Aitchison shared her bona fides. “I have continuously worked since I was 14, before i was signed, producing my own music, writing my own songs and performing at raves,” she blogged. “I don’t think there is any shame in signing a deal, working with other collaborators, re-working songs I wrote when I was 14, creating new amazing ones and writing songs for other people too.” The latter category includes Icona Pop’s ‘I Love It’, a worldwide top 10 hit that she co-wrote with the Swedish duo.

Similarly, Sky Ferreira has a positive opinion about working with other musicians. “Collaborating with people is MY choice! Throwing bags of money at people didn’t get me to where I am & I didn’t record songs BY people. I made songs WITH people. There is a difference,” she wrote in response to Brooks’ post. “I have been honest about the past 5 years including my failures and how I work.” As Ferreira elaborated in a separate interview: “Well, for one thing, I’m not some sort of puppet. Like, there isn’t a team of people telling me what to do… There’s people trying to tell me what to do, but I’m not like some marketing scam,” she said, describing the criticism as “a bit, like, sexist. It’s written in a very backhanded and condescending tone, and some of it really grosses me out.”

This is all very reminiscent of a 2007 interview in which M.I.A. expounded on what she saw as a media obsession with crediting Diplo for the creation of her first two albums. “I just find it a bit upsetting and kind of insulting that I can’t have any ideas on my own because I’m a female or that people from undeveloped countries can’t have ideas of their own unless it’s backed up by someone who’s blond-haired and blue-eyed,” she said, also touching on the geopolitical issues that dominate her work. “After the first time it’s cool, the second time it’s cool, but after like the third, fourth, fifth time, maybe it’s an issue that we need to talk about, maybe that’s something important, you know.”

So after the Kraviz incident, the Solange tweets, the Grimes Tumblr post… maybe this is an issue we need to talk about. As Solange succinctly tweeted: “Sexism in the music industry ain’t nothing new.”