On Record: Kelpe on how Prefuse 73’s glitch fantasia One Word Extinguisher “pissed over everything” 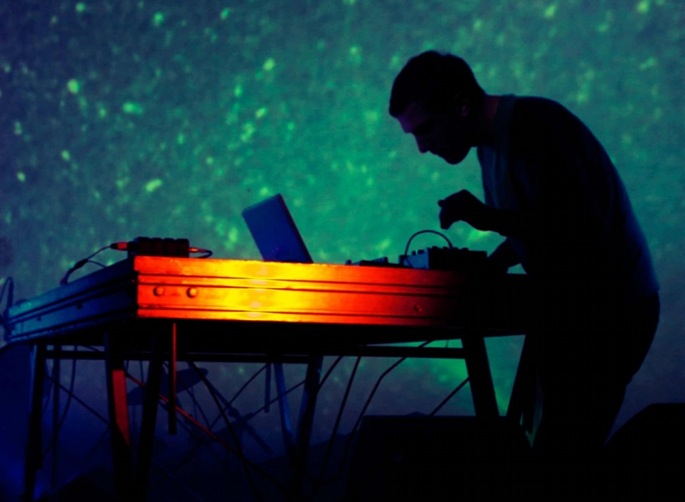 Paying tribute this week is Kel ‘Kelpe’ McKeown – enduring DC Recordings staple, DRUT Recordings boss, and long-time peddler of charming beat music. McKeown’s latest album, Fourth: The Golden Eagle is full of life and flush with colour, with a renewed emphasis on analogue kit and earworm melodies; although it’s not due out until next week, head here to check out FACT’s exclusive full album stream. The object of McKeown’s affection? Guillermo Scott Herren’s frazzled One Word Extinguisher, released on Warp in 2003 under his Prefuse 73 alias.

“You can hear Pentangle, there’re a lot of strings – it sounds like it’s made by someone’s who’s got a really broad taste.”

Why did you pick One Word Extinguisher in particular?

I was going to try and pick something a bit more obscure and interesting, but I thought I’d go for something people have heard of. It was just a really successful marriage of electronic stuff and hip-hop. In terms of a full-length album, it’s hardly been done better since then, and it was ten years ago, and it just feels like it pissed over everything that’s tried to copy it in the last ten years – including my own stuff, in a way, because it’s been quite influential for me as well.

How would you describe the way that that influence has bled into your records?

Just the use of samples, trying to combine organic sounds with electronic sounds, I really like the way he uses lots of horns on the album. Just trying to have a really strong melodic element.

How did thou first encounter Herren’s music?

The first time I heard his music was not under the name Prefuse 73. There was the old pseudonym Delarosa & Asora – my girlfriend at the time gave me that on a tape and I really liked it. And I also just randomly bought the first Savath & Savalas album, Folk Songs For Trains, Trees And Honey. I didn’t really realise that all three were the same guy. I think I heard the first Prefuse 12″ played out, heard DJs playing it, then ended up buying it. So it seemed to be coming from all three directions at the same time.

It’s interesting charting the progressions from the first Prefuse 73 album – which really feels like a shredded rap record – through to One Word Extinguisher, which is a really broad and diverse record. How would you chart the development between the two?

It’s got so much more influences on the second album. You can hear Pentangle, there’re a lot of strings – it sounds like it’s made by someone’s who’s got a really broad taste in music, which didn’t come across so much on the first album, which is more vocal cuts and quite heavy hip-hop beats. It sounds more personal as well, I think. 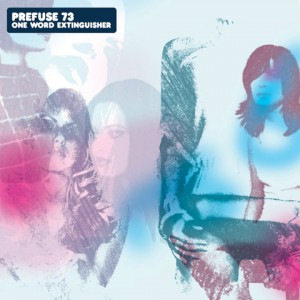 I was really getting into Dabrye at the same time, around 2003, so those artists went really hand-in-hand. The first Dabrye record I bought, I think was called Making It Pay – it’s got a purple sleeve. It’s got a ‘Prefuse 73 Megamix’ of Dabrye’s stuff on it, I was in heaven when I heard that – best of both worlds for me. The collaboration worked really well. The Daedelus track’s really cool as well.

There’s something to be said for the fact that Dabrye and Daedelus – and Herren to a lesser degree as well – have become grandee figures now for the current young rash of beatmakers, particularly in the States. Has One Word Extinguisher been an influential record for the current ‘beat scene’?

I just don’t know, actually, whether the younger people are aware of it, which is another reason why I picked it – so a new generation could hear it as well. I would imagine that people like Flying Lotus and stuff would have been into it, but I can only really guess. I think whether it’s direct or second-hand or third-hand, I would have thought it’s left a bit of legacy and inspired people and will hopefully continue to do so. I think it still sounds good now – I can still listen to it kind of regularly, it doesn’t sound dated to me. The production just really holds up even today.

Did you graduate from One Word Extinguisher to listening to Herren’s subsequent projects?

Yeah, like I say, I had one of those early Savath & Savalas records at a similar time – I definitely followed it all. None of it gelled with me quite as much, anything he did after that really even under different names. Delarosa & Asora was abandoned quite early, and there’s also the Piano Overlord stuff, that’s mostly been really good – I think there was a release maybe last year or the year before that I enjoyed.

I think there another, although I can’t remember who it was with – [Zach Hill collaboration] Diamond Watch Wrists?

That’s true, I actually didn’t properly listen to that as much as I should. I still could do with checking that out. I think he’s also doing stuff with Teebs, but it’s not out yet I don’t think. He’s a prolific guy, definitely.

Consensus seems to say that One Word Extinguisher was his last really great record – do you think that’s a fair diagnosis?

It just seemed to be that moment in time where it all worked together and everything was right at the time. It sounds like the kind of record he was probably working on for quite a long time. It’s definitely a hard record to beat.

Looking through the prism of that record in terms of your new album: whereas One Word Extinguisher is this mad digital fantasia, your new album sees you paring down, focusing on analogue textures, in contrast to the more scattered influences on your previous records.

Yeah, the new record is definitely more analogue – it’s still got crazy moments on there, but it’s not that focused on digitally cutting things up quite so much. There are some wild sounds on there, but they’re mostly generated by analogue synths. I think my new album is less computer-y, more organic, more melodic. My first album was full of melodic elements because I hadn’t learned that much about production at the time, but over the years I’ve tried to learn the best I can and put together a small collection of analogue synths, so with the new album I’ve kind of returned to that first thing that I had going on and concentrating on melody. But I’ve got better equipment and a bit more knowledge. The trouble with when things are really digital and cut up with loads of effects is that they date quite quickly – the sound not so good in a few years time. I’m trying to bear that in mind.

The album’s obviously done and dusted – have you got any other projects in the works?

I’ve been working on quite a few remixes this year, mostly still to be completed but there are finished ones for Microburst and Hidden Orchestra still to come out. I’m sending out every track on the album to be remixed by other producers and have got things coming in from Dam Mantle, débruit, Chesslo Junior amongst others, so will do a remix release later in the year. I just started a collab with an old friend in which I’m playing drums and its going to be a synthy 1970s library music style project. Also just looking forward to branching out to release other peoples music on my own label DRUT. In the summer there’s also going to be a 10″ vinyl only release ‘Monte Verita’ on Don’t Be Afraid Records with a remix from Kevin Reynolds on the B-side.