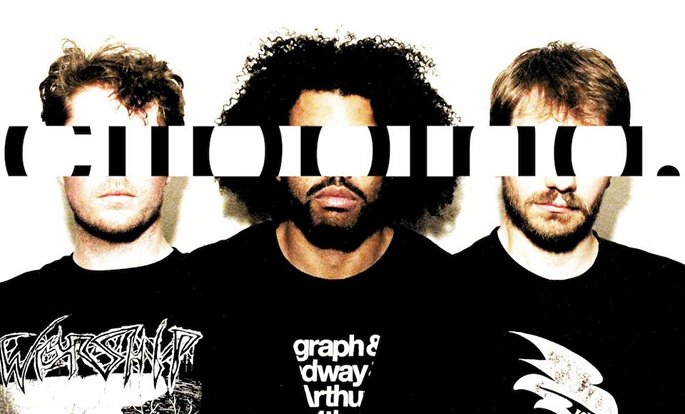 Not since Sensational staggered into Deadfader’s studio have we heard rap and glitch collide with such force and flair as on Midcity, the recent free-to-download EP from L.A. troublemakers’ clipping.. The three-piece – who, we ought to confess, have previously snuck out a tiny-circulation EP on local label Deathbomb Arc – make “party music for the club you wish you hadn’t gone to”, which apparently means a bitcrushed Death Grips with chiller rhymes. Jonathan Snipes, William Hutson and Daveed Diggs have clearly posited themselves in a lineage of shadow music – running from No Wave freaks ONO through to industrial-rap team Dälek – operating at the ash-spotted fringes of rap. A tour with Thrill Jockey’s resident drum loons Foot Village should up their profile no end in the coming months.

Update: What to do you know – on the same day this article was posted, clipping. have announced that they’ve signed to Seattle lodestone Sub Pop. Congratulations, clipping..