FACT’s 100 Best Albums of the 1980s: footnotes, statistics and the list as plain text 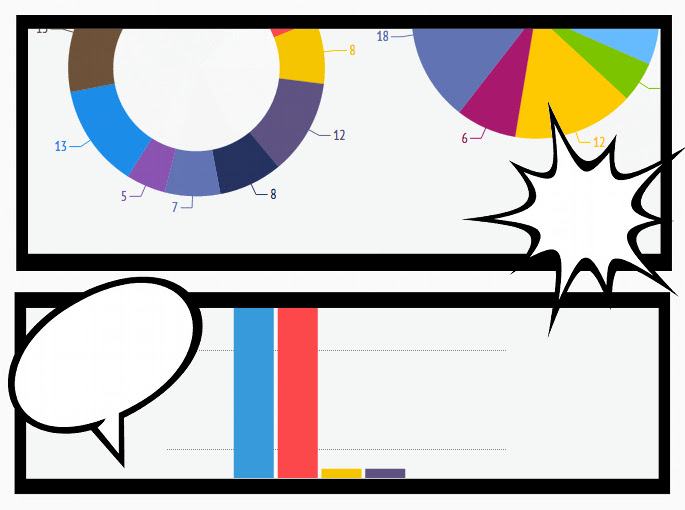 For those of you who haven’t read the piece, what are you waiting for? It features guest contributions from Carl Craig, Shackleton, Jackmaster, Fuck Buttons and more alongside FACT’s writers, and we guarantee you’ll find a record that you haven’t heard of before in there. Go read it over here, now.

For those of you who have read it, we thought it would be interesting to break down the list a little. No act appears twice in the top 100, but there are several musicians, artists, producers and engineers who contributed to several records on it – in this article, we pay tribute to the likes of Marley Marl, Digby Pearson and Fred Frith, whose contributions to some of the decade’s best albums can’t be overstated. There’s also some interesting facts we found out – who knew that the guitarist from our #97 pick designed the artwork for our #23? – and we weigh up which record labels, cities and genres scored highest in the top 100.

Elsewhere, we look into how many albums on the list were debuts (and how many of those bands stuck around to record a second album), how many acts have hit the reunion trail since, and play Six Degrees of Separation from our list’s #100 to #1. Read on for all that and more, and be warned: this article does feature spoilers.

Want to hear what FACT’s 100 Best Albums of the 1980s sounds like? We’ve posted five mixes, each taking 20 slots from the 100. Stream and download them here. 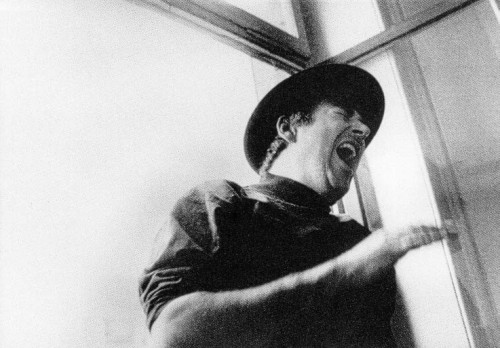 Although no one act appeared twice on the list, there were several musicians and engineers who appeared on more than one record:

– Ultramagnetic MCs’ Ced-Gee had a hand in the production of not only Critical Beatdown, but also Boogie Down Productions’ Criminal Minded. 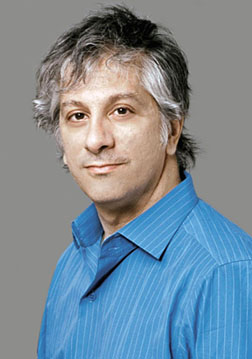 – Danny Thompson plays double bass on Kate Bush’s Hounds of Love, and also on David Sylvian’s Secrets of the Beehive.

– British music producer and engineer John Fryer worked on a handful of records for the Cocteau Twins, including Head Over Heels, and he also engineered Skin’s Blood, Women, Roses.

– Legendary guitarist Fred Frith [above] is another Zorn associated name in the list, and indeed he pops up as a member of Zorn’s Naked City on Torture Garden. Despite occasionally collaborating with Half Japanese, he doesn’t appear on their 1/2 Gentlemen/Not Beasts opus, but he is a part of Massacre, and a major fixture of their Killing Time LP. He has also been spotted collaborating with Robert Wyatt from time to time.

– Steve Albini is a producer and musician whose name is almost synonymous with a certain kind of raw energy, and while his production talents have seen him featured on a nearly unfathomable amount of records, his run on our list is surprisingly modest. There’s his key part in Rapeman, both performing and producing Two Nuns and a Pack Mule, but he also put his sonic fingerprints all over The Pixies’ Surfer Rosa.

– Another NYC legend was Martin Bisi, whose BC Studio (which was set up with Bill Laswell) became a focal point for the flourishing avant rock scene. Bisi had a hand in engineering Massacre’s Killing Time, Naked City’s Torture Garden, and also Brian Eno’s On Land.

– He would later go on to become part of Half Japanese, but Mark Kramer (known simply as Kramer) produced Bongwater’s Double Bummer and Galaxie 500’s On Fire. 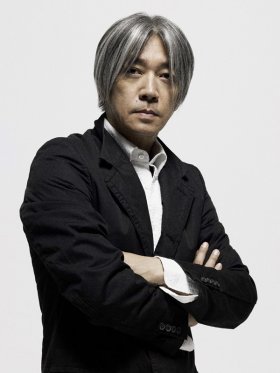 – Sterling Smith might not have much to do with electro pop outfit The Units, but his first album Ready for the House was released under that very moniker, before he switched to the much more recognizable Jandek.

– David Sylvian and Ryuichi Sakamoto [left]’s creative collaboration has been long and fruitful, and here they both contribute to each other’s entries. Sakamoto adds string arrangements and keys to Sylvian’s Secrets of the Beehive and Sylvian adds vocals to Sakamoto’s career-defining ‘Forbidden Colours’, which closes out Merry Christmas, Mr. Lawrence.

– American recording engineer Dominick Maita worked on Polyrock’s self-titled album as well as on Philip Glass’s Koyaanisqatsi. No doubt this was down to Philip Glass being a member of Polyrock.

– A member of Marc and the Mambas, Martin McCarrick played cello not only on the band’s Torment and Torreros, but also on Skin’s Blood, Women, Roses. 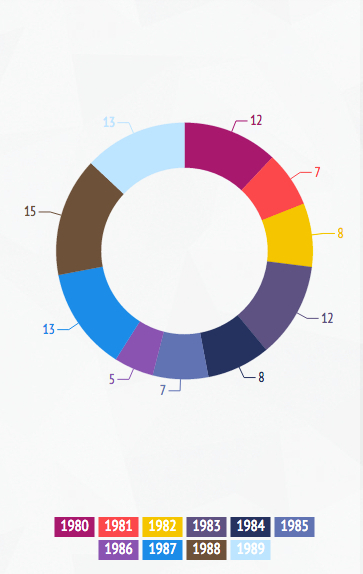 Although 1986 had the least albums in the top 100, it did have the lists number one – Arthur Russell’s World of Echo. 1984 and 1989 both had multiple entries in the top 10 (E2-E4 and Structures from Silence; Streetcleaner and Virgo). 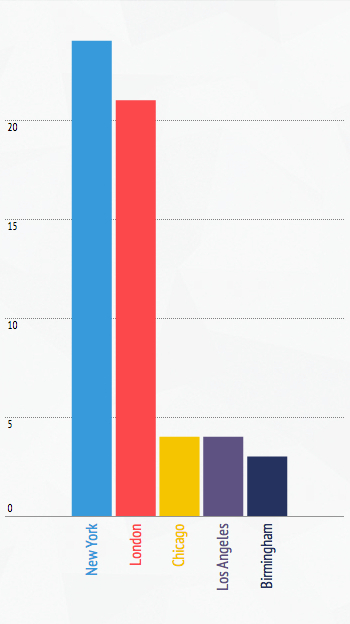 Unsurprisingly, given the birth of hip-hop and the influence of the no wave underground, New York had more acts than anybody in the top 100 (24), with London following on 21. Los Angeles clocked in at a surprisingly low four, just one more than Birmingham, who were repped by Napalm Death, Godflesh and Felt. Although Carcass’s Reek of Putrefaction was recorded in Birmingham’s Rich Bitch studios, the band themselves were from Liverpool. 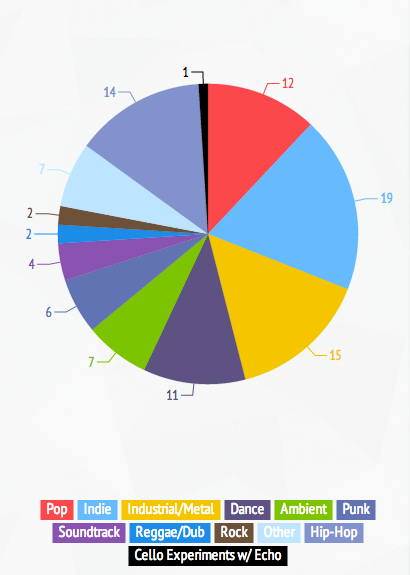 Without splitting too many hairs about what record fell under what genre, there were more records we considered “indie” than any other style on the list. The top 100 featured four soundtracks: Vangelis’s Blade Runner, Ryuichi Sakamoto’s Merry Christmas Mr. Lawrence, Fabio Frizzi’s City Of The Living Dead and Philip Glass’s Koyaanisqatsi. 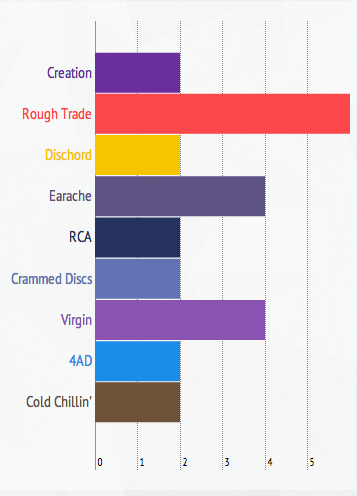 Unsurprisingly, Rough Trade had more records than any other label on the list, including three in the top 20 (The Smiths, World of Echo, Colossal Youth). Underdog metallers Earache pushed them close however, with four albums ranking on the list including Godflesh’s Streetcleaner at number three. Virgin also had four spots in the top 100. 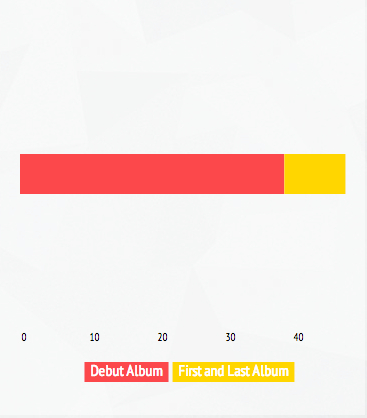 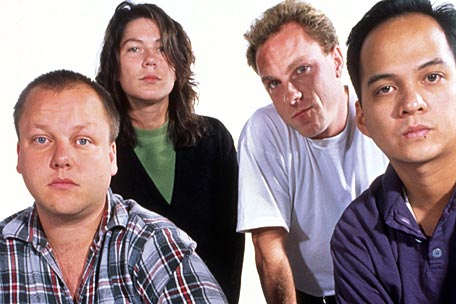 A significant number of groups featured in the top 100 have reunited post-1980s, some with more success than others. Godflesh, Virgo, Pixies [above], Young Marble Giants, Marc and the Mambas, Soft Boys, My Bloody Valentine, Monochrome Set, Dead Kennedys, Eurythmics, Carcass and Naked City have all returned to the live circuit, while 2005’s Cocteau Twins reunion was cancelled just two months after it was announced. N.W.A. reunions have been attempted in the past, but always seem to end in a combination of tears and apathy. 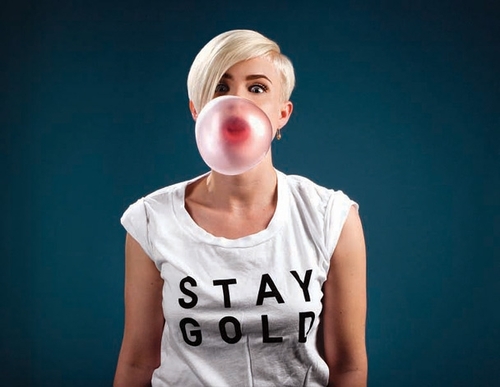 The Ultimate Breaks and Beats series (#100) included Funk Inc.’s ‘Kool is Back’, which was sampled on ‘Heavy Weights’ by DJ Muggs. His group, Cypress Hill, recently released a collaborative EP with Rusko, who fell out with Diplo’s Mad Decent label. Diplo produced Robyn’s ‘Dancehall Queen’ [above], who featured on This is How We Walk on the Moon, a tribute album to Arthur Russell (whose World of Echo was our #1 album of the 1980s).