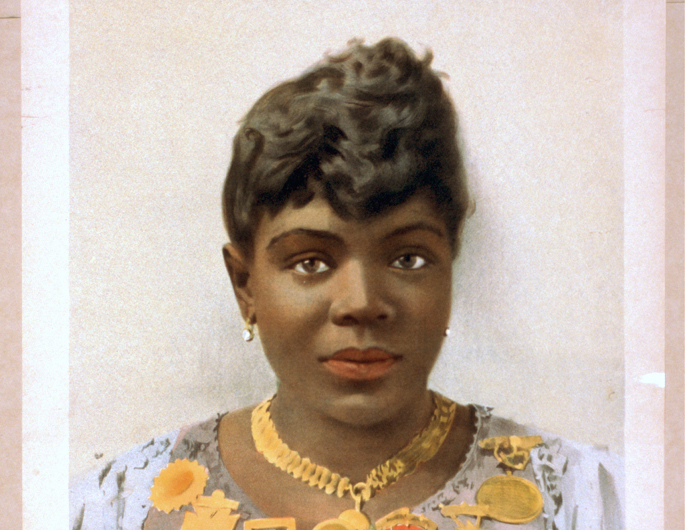 From 2003-2008, FACT operated as a bi-monthly print magazine. As part of our From The Archives feature, and to tie in with out 10th birthday celebrations, we’ve uploaded a cache of vintage articles from FACT’s ink-and-paper days. Below is Tony Marcus’ guide to American label Black Patti, originally published in 2003.

If the hipness of a record label from the past is measured by its obscurity and strength of musical output, then that ‘Voices of East Harlem’ t-shirt is not the hippest t-shirt in the world.

The hippest t-shirt in the world is the one featuring a beautiful gold and black art deco image of a peacock – the logo of legendary 1920s US record label Black Patti. And the only thing hipper than a Black Patti t-shirt is a Black Patti record, ideally ‘Original Stack O’Lee Blues’ by the Down Home Boys, of which there is in only one copy in existence and which would set you back £50,000 – if it was for sale that is, which it isn’t.

Black Patti is the Holy Grail for record collectors around the world. Its story is one of those obscure blues and jazz tales. Black Patti was an independent that flowered and failed at the very beginning of the recording industry. Then, as now, there were major labels (in those days Victor, Okeh and Paramount) and there were smaller independents. Crucially though, there were also black-owned independents, like Black Patti, that were born from a frustration with white-owned majors that failed to understand or respect black culture.

Black Patti’s story really begins with the Great Migration, when 1.5 million African Americans left the South for the thriving North. Many became affluent and also homesick for Southern sounds. An early release on Black Swan records, the first black independent, ‘Down Home Blues’ by Ethel Waters, sold 500,000 copies in 1921. As Okeh Records’ in-house producer said at the time, everything changed. “There’s 14 million Negroes in our great country, and they will buy records if recorded by one of their own.”

“In many cases the only surviving copy of a recording is perhaps on just one, long-lost Black Patti shellac.”

There was a record boom in 1920s America. Executives called it ‘race music’, but the music is what we now call blues and jazz. Records like Bessie Smith’s ‘Down Hearted Blues’ sold two million copies. This ‘Jazz Age’ belonged to artists like Bessie, Duke Ellington and Louis Armstrong. But it didn’t last long: the Stock Market Crash of 1929 wiped out the industry. There are photos taken in Chicago during the Great Depression of men burning records just to keep themselves warm.

Black Patti never sold more than a handful of records and lasted only 12 months. In that time, it released 30 records by little known artists, such as Frankie ‘Half Pint’ Jackson and Cow Cow Davenport. Most off the pressings were limited, sometimes to just a few hundred. It’s their scarcity that has made Black Patti the Ark of the Covenant for collectors. Black Patti is a label that grown men, for they are mostly, dream about.

Pressed as 78s, the records themselves have an old romance. You can imagine them being played on the gramophone in a New Orleans brothel nearly a hundred years ago. Black Patti founder and A&R man Maya ‘Ink’ Williams named the label after the first black opera star, M. Sisseretta Jones, who between 1890 and 1916 was one of the highest paid singers in America.

Black Patti 78s predate the invention of tape and use of masters. Most of them were pressed on shellac, a tough substance that was found useful in the Second World War where records were melted down to help fight Hitler. The closest thing to a master was a metal disc, but most of these were lost. This means that in many cases the only surviving copy of a recording is perhaps on just one, long-lost Black Patti shellac.

Sometimes though, the records are actually found. One day in the late ’60s, American collector Joe Bussard was driving through southwest Virginia, looking for rarities. The more remote the location, he’d learned, the better his chances. Bussard saw an old black guy walking across the road, and pulled over to ask directions. Bussard offered him a lift and was playing some vintage music on the stereo. The old man said he had some records just like that at home.

“They drove 20 miles into the mountains to the old guy’s home. Bussard knew he had struck gold the minute he parked.”

They drove 20 miles into the mountains to the old guy’s home. Bussard knew he had struck gold the minute he parked. The guy lived in a shotgun shack surrounded by junk. Mountain folks, Bussard knew, never threw anything away, not broken fridges or old records. The man dragged a box from under his bed. Bussard rifled through some old-time hillbilly 78s and then he saw it, the gold tail of an art deco peacock, the Black Patti logo.

“Oh my God”, Bussard told Washington-based journalist Eddie Dean. “I was pissing and shitting little apples. There were 14 Black Pattis, the most found in a single place.” “Some man gave ’em to my sister back in 1927”, said the old man. “We played ’em once but we don’t care much for blues and such, so packed ’em away and they’ve been there ever since.”

If you want to hear a Black Patti record, then Bussard has a website and for $15 he’ll put a selection onto cassette or CD. It is probably impossible too find an original Patti 78 in the UK. But other early jazz 78s sell for almost nothing on eBay and at car boot sales. UK collector Mike Child, who has run a stall selling 78s and gramophones at Notting Hill market for the last 25 years – says he’s surprised crate diggers ignore them. “They should use 78s for sampling”, he laughs, “most of them are out of copyright.”

Even if you’re not making tunes, theres’ a beautiful logic in taking your love of vinyl back to shellac and 78s – they mark the very beginning of the record industry. Besides, an antique (and working) wind-up gramophone doesn’t cost more than £50. The secret world of 78s, and of magical treasures like Black Patti, is a haven at the end of the musical rainbow: the first, last and most perfect hiding place for the true record head.