From 2003-2008, FACT operated as a bi-monthly print magazine. As part of our From The Archives feature, and to tie in with out 10th birthday celebrations, we’ve uploaded a cache of vintage articles from FACT’s ink-and-paper days. Below is Woebot’s account of a night at a pre-license era Rinse FM , originally published in 2005. Darren and DJ […] 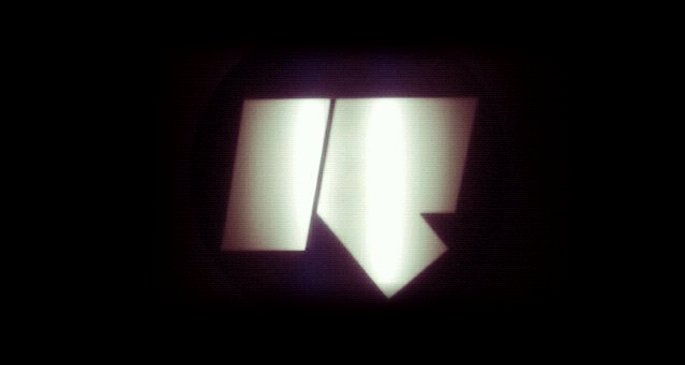 From 2003-2008, FACT operated as a bi-monthly print magazine. As part of our From The Archives feature, and to tie in with out 10th birthday celebrations, we’ve uploaded a cache of vintage articles from FACT’s ink-and-paper days. Below is Woebot’s account of a night at a pre-license era Rinse FM , originally published in 2005.

Darren and DJ Glamma pick me up at the Tube. We’re en route to Rinse FM, London’s most notorious and high-profile pirate radio station.

On air for over a decade now, Rinse has recently reached a critical moment, with its Friday night DJ Logan Sama (the Tim Westwood of grime) being picked up by Kiss FM, and Roll Deep, the station’s biggest resident crew, making a media splash with their debut LP.

The ever-modest Rinse management have kept the ball rolling since the twilight years of jungle. And its the station’s continuing presence as much as its skill in manoeuvring within the charged, political atmosphere of grime and flair for picking artists that has been instrumental in its success.

Wiley lets us into the studio. We hasten to the basement, though an unlit area visible only by the light of a mobile phone. Inside the sound booth, Tubby governs a scorching set from MCs Bruza and Footsie. The last time I came this close to Wiley was at Eskimo Dance in November 2003, when he and his entourage performed a walk-by, surveying the length of the 1,000-or-so-strong queue. In such intimate company, it’s easy to forget what a huge cultural presence he is. He’s introduced, and cadges a Stella off us.

Darren feels a little defensive about the station’s illegal status. Certainly we don’t care. The Department of Trade and Industry’s stated explanation for shutting down pirates and impounding transmitters (at £400 a pop to replace) is that they interfere with frequencies reserved for the emergency services. This is quite obviously rubbish. It’s clearly commercial imperatives that motivate the policy to keep real estate on the FM dial clear for licence holders. However, you’d be wrong to assume there was any money to be made in pirates. Somewhat ruefully, Darren says that at the end of the month, he’s usually out of pocket.

Of course, the radio station is but one part of a mini media empire, operating as a promotional focal point for other more profitable ventures (a Rinse CD is being mooted), but the Rinse management are still saddened to lose Logan Sama to a major station (where he’ll earn good money, better money than Darren does) and frustrated that Radio 1Xtra can descend at any time with its chequebook and rebrand their innovations.

“It’s sobering to reflect that the government isn’t Rinse FM’s only problem. The placement of transmitters on certain tower blocks frequently inspires a territorial response from ‘urban’ music fans themselves.”

I ask Darren if he ever intends to making the pirate legit, but it would be costly, and going off-air for three years (as the DTI stipulates) it would be difficult to maintain momentum. It’s sobering to reflect that the government isn’t Rinse FM’s only problem. The placement of transmitters on certain tower blocks frequently inspires a territorial response from ‘urban’ music fans themselves. Time is often wasted explaining to irate callers that no, the equipment isn’t being moved on their say-so. Apparently for smaller stations this is a persistent problem. Transmitters are also frequently stolen.

DJ Glamma fields a call from Dogzilla. Dogzy is pushing a 15-year-old MC from Dagenham. Darren wearily insists that the guy isn’t ready yet, but Wiley, who seems telescopic in stature at times during the evening (you could swear he was eight feet tall), persists in fighting the case for the unknown white teenager he’s never heard or met. It’s strangely touching, and precisely the reason grime has a future.

D Double arrives sporting a Dirtee Stank T-shirt, some kind of indication that the rumours of him being signed to Dizzee’s own label are true. He looks incredibly focused, shaking hands before wandering through to the sound booth. Cloudy with sensimilla smoke and throbbing with the latest dub plates, the skeletal studio consists of little more than two decks and a black and white TV screen trained on the outside entrance. D Double hits his stride (“more bars than the West End”) as we press against the back wall. He’s so nimble and ferociously angular, it’s breathtaking. The house mobile shows 70-plus missed calls, people registering their delight. It’s interval time, and the ads roll.

DJs Maximum and Karnage sidle through. In the meantime, other Roll Deep crew file in, appearing first as ghostly figures on the CCTV. Trim, Flow Dan, Syer, Roachie and producer Skepta in turn cram into the tiny room, and the temperature soars. Grime MCs are very much like superheroes in a Marvel comics vein; put five or more together and their magnificence increases exponentially, each of their special powers complementing the others. Wiley steps up, and tips the balance. Maximum starts pulling rewinds as the massive ignites like a chorus of drunken pirates, chanting each other’s verses. The vibe reaches fever pitch when we’re thrown a complete wildcard as none other than Jammer shows up to deliver a hoarsely hilarious set. Shouts of “nekkle” and “showerface” trigger yet more rewinds.

As Roll Deep and friends slip away into the night, I’m left to reflect on what couldn’t have been a more enervating experience, a memory I’ll always treasure.

Tags: From The ArchivesFACT at 10
TOP TRENDING MUSIC