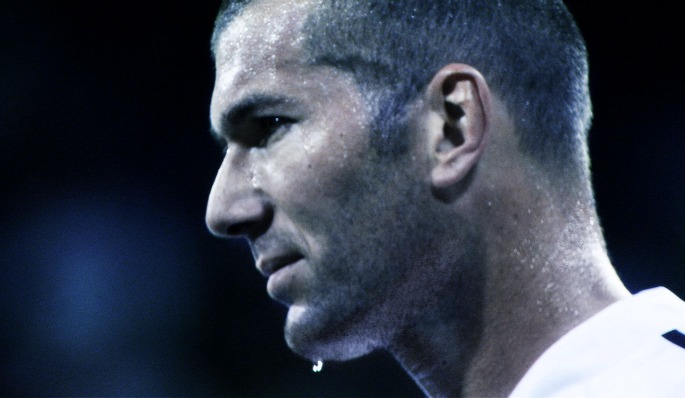 Britain’s recent streak of greenhouse temperatures has even reached Manchester, a city I’ve visited several times without ever needing to take off my jacket.

The evening’s sticky balm has forced Mogwai to delay their show by an hour in an effort to cool down the performance space, a former Methodist chapel in the centre of the city (busting open a stained glass window was not an option).

The sweltering heat remains, though, and is exacerbated by the school assembly style seating – plastic chairs for the senior school, crammed wooden benches for the juniors in the upper tier – as we find ourselves transported into the Santiago Bernabéu Stadium and into the mind, however fleetingly, of Zinedine Zidane, as captured in Douglas Gordon and Philippe Parreno’s 2006 film, Zidane: A 21st Century Portrait.

Beads of sweat trickle down our necks as they drip from the midfielder’s chin; camera flashes around the soundtrack are echoed by flashes in all corners of the hall; outbreaks of clapping and cheering can be heard from both sides of the screen. No one seems sure of the etiquette for watching a soundtrack performance – do we stay quiet as though at the cinema, or chat and whoop like we’re at a Mogwai gig? 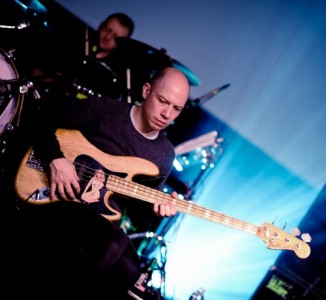 The blurred boundaries only contribute to the uneasy feeling of suspense as we watch the Real Madrid midfielder prowl and scowl through the full 90 minutes, 17 cameras trained on him, watching, waiting. He grimaces, spits, brushes the tips of his boots on the grass to dislodge the sod; occasionally he touches the ball, flicking it neatly onwards before returning to his patch to stomp and spit some more.

Mogwai’s accompaniment refuses the usual duties of a movie soundtrack, making the performance a worthwhile event on its own terms rather than a hammy cash-in. While the tense final moments of the film are made almost unbearable by the band’s descent into spine-tingling white noise, the game’s more static periods allow them to pair their introverted, low-key setting (as heard on ‘Helicon’; ‘Waltz For Aiden’, etc) with astonishingly watchable footage of a man doing almost nothing – a move that creates a striking sense of pathos between the viewer and Zidane himself. When he shares an unheard joke with a teammate and a smile cracks his face in two, elation seems to ripple through the hall – he’s happy!

Perhaps it deifies Zidane too much, but seeing a sportsman presented as an artist, as a solitary mind rather than as the bland “team player” of the post-match analysis, makes for a impressively visceral experience – an effect heightened further by the closeness of the room, as Mogwai play with relatively little amplification, allowing the intimate resonances to bring us even closer to the action.

The finale leaves us enervated and wilting in the still-oppressive heat, but the band wisely return to the stage for a debriefing and warm-down in the shape of ‘Cody’ and ‘Ex Cowboy’. While the odd baffled face punctuates the departing crowd, the sheer weirdness of the show has obviously made its mark on everyone present. It is, in the words of a pundit, a remarkable result.