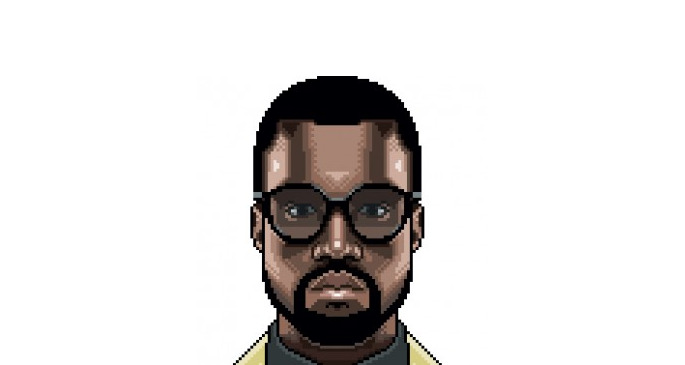 Kanye West is a lot of things to a lot of people – the butt of jokes (thanks for that South Park); the greatest of all time; an embarrassment; an agent provocateur; even a god, but the source material for a retro-style role playing game?

The divisive rapper is the protagonist of Kanye Quest 3030, a brand new PC game pieced together by indie developer Phenix. However, while Kanye might take the title role, it’s the game’s thoughtful and often hilarious list of supporting characters, from rap titan Jay Z to Canadian turntable tickler Kid Koala, that is the key to its success. 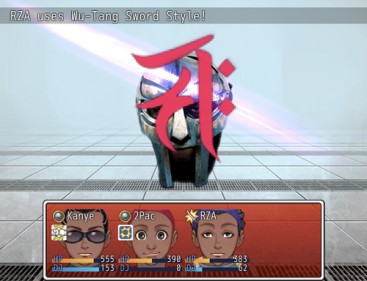 If you’ve ever spent any time playing early 90s Squaresoft (now Square Enix) wares such as Chrono Trigger, Secret of Mana and of course the massively popular Final Fantasy series, then Kanye Quest 3030’s gameplay shouldn’t come as much of a surprise. It was created using RPG Maker, a program that makes the piecing together of these kind of games far more straightforward than it used to be, but don’t think for a second this is merely some kind of cheap hack job. Whilst the controls and turn-based combat are alarmingly simplistic for seasoned nerds like myself, it’s Phenix’s admirable attention to detail that makes it so addictive. Whether it’s the smart nod to DOOM as ‘One Beer’ plays when you enter the game’s Long Island stage, or the very appropriate set of combat moves and special abilities (like Kanye’s ‘Interruption’ counter-attack, where, providing you have a microphone to hand, you can rudely prevent an enemy from finishing their attack), each element stands as some kind of in-joke or comment on the spectrum of rap. 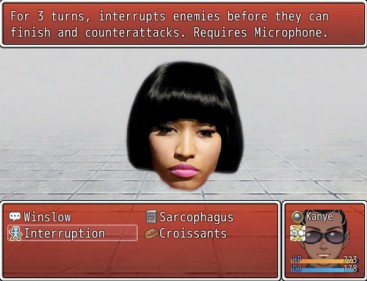 The story begins in 2010, and we control a bored-looking Kanye on his mission to take out the trash. There are precious few interactions in the rapper’s modest pad, but on stepping outside we’re catapulted into 3030, a time in history where “everybody wants to be an MC”, “everybody wants to be a DJ”, “everybody wants to be a producer” and “everybody wants to tell you the meaning of music”, as anyone who’s listened to Deltron 3030’s ‘Madness’ will no doubt already know. Almost immediately Yeezy is launched into a series of random rap battles, where he can ‘diss’ (attack), ‘brag’ (block), use a ‘rap skill’ (combat move) or drop some powerful ‘production skill’ (magic).

Initially these clashes can be overwhelming, but a little bit of rap knowledge goes a long way. Engaging with Dan the Automator for instance, and getting past his powerful attacks might prove difficult unless you utilize Kanye’s ‘Winslow’ ability (a tidy reference to the line “Too many Urkels on your team, that’s why you Winslow.”), which stops an enemy from activating their ‘production skill’, provided they actually have any. Knowing whether the game’s plethora of rappers are strong lyrically or have frightening talent behind the boards is one of the keys to both building a balanced team and getting a leg up in combat (do you pick RZA, Jay Z or Mos Def from the Brooklyn lab?), and it’s to Phenix’s credit that the game actually takes this into account. 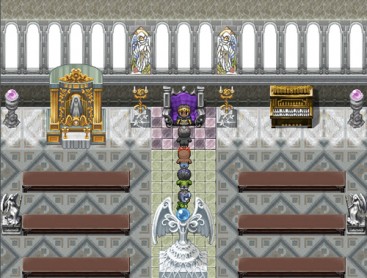 We’re also able to tool up the team with a variety of equipment that can be purchased with ‘swag’ from occasional vendors. Drop into a hotel to hear Clams Casino’s ‘I’m God’ and upgrade Kanye’s relatively weak hoodie to a Teflon vest, bag him a fresh pair of kicks or enhance his attack skills with a golden microphone. A new set of grills will amp up your defenses, or if your team member has production chops then you can grab a pair of headphones, which cheekily range from Skullcandy to Beats by Dre to basic Sony headphones at the top end, no doubt for when the Beats cans inevitably crumble. If your team is flagging, you can revitalize with a can of Coke, restore your production skill with a Pepsi, or best of all do both with a pricey and rare mouthful of grape flavoured Fanta.

It’s not long before we’re informed (by Tupac, no less) that the reason we’re persistently being attacked by the clones of long-dead rappers is that a Lil B clone known as The BasedGod has overthrown the government and taken control of the USA. His minions are labeled the Task Force, and stretch from the West Coast (where his Based Cathedral is located) all the way to the East (which of course is presided over by a clone of the Notorious B.I.G). 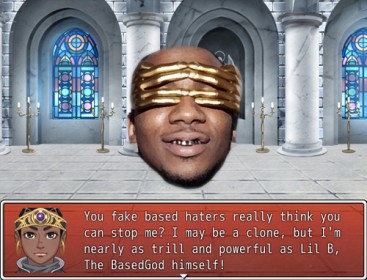 The enemy duplicates are cunningly divided into the three main play areas – the Bay Area, Brooklyn and Long Island, with each city offering up new challenges and new enemies. If you’re in the Bay, you’ll probably have to battle Snoop Lion’s ‘smoke cloud’ attacks, in Brooklyn it might be Nas who’ll confuse you with his ‘state of mind’ tricks, and Long Island the three members of De La Soul will likely try and poison you with ‘flower power’ assaults. Each challenger is blessed with its own appropriate soundtrack, and in each location you’re able to launch an assault on its cloning lab and add a rapper to your team. My final selection was a veritable rap Special Ops squad comprised of Tupac, RZA, and MF Doom, and the combined might of Tupac’s ‘hologram’, RZA’s ‘gravedigger’ and Doom’s ‘doomsday’ ended up being pretty unstoppable. This dream-team got me to final boss The BasedGod shockingly quickly, but what the game lacks in length it makes up for in sheer charm.

Sure it’s repetitive (seriously how many times does a guy need to repeatedly ‘diss’ clones of LL Cool J?), it’s derivative (and nowhere near as good as, say, similarly retro-influenced PS3 sleeper 3D Dot Game Heroes), and it’s incredibly brief, but it’s also free. Kanye Quest 3030 isn’t a Triple A title attempting to be the next Last of Us or even Angry Birds, it’s a fun and occasionally laugh-out-loud funny timewaster, and a very warm representation of a scene that all too often forgets its sense of humour. 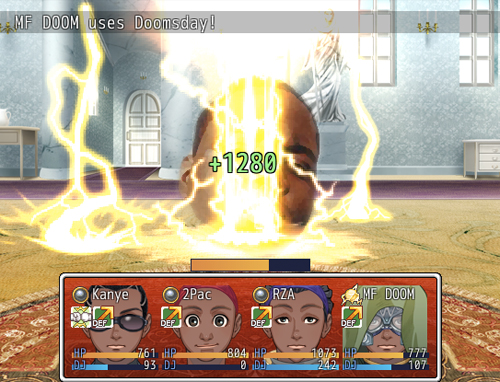