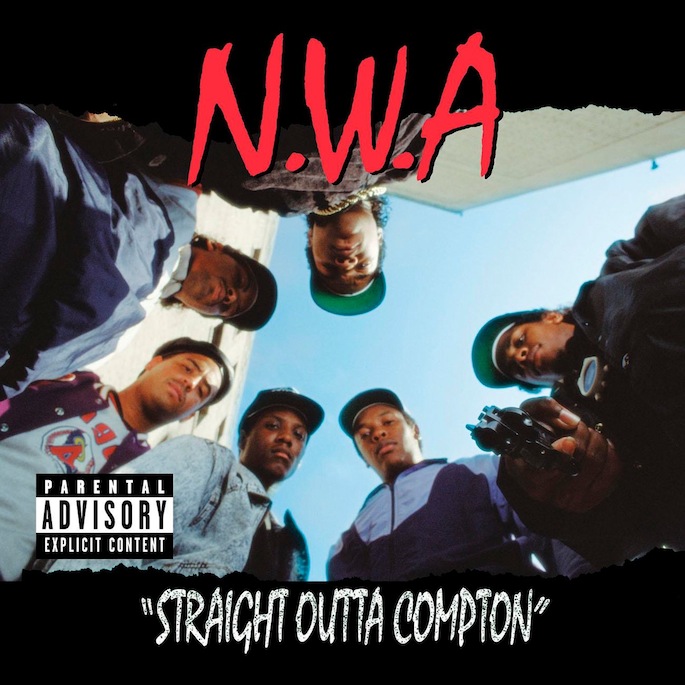 While any rap fan worth his or her salt can probably recite the title track, ‘Gangsta Gangsta’, ‘8 Ball’, and ‘Fuck Tha Police’ from memory, the rest of the album’s story might not be remembered as clearly. With N.W.A.’s dissolution just three years after their breakthrough, and Eazy E’s death from complications due to AIDS in 1995, the facts surrounding the album have morphed into hip-hop mythology. With that in mind, we unearthed eight bits of Straight Outta Compton trivia — and tried to sort some fact from fiction along the way.

You can thank the swap meet for N.W.A.

A swap meet is basically a flea market (or car-boot sale to the Brits), and these markets were the places where young music fans in less than affluent areas would be able to satiate their appetites for new tunes. Mixtapes and 12”s could easily be snapped up for much better prices than you’d end up paying at proper retail outlets, and one particular swap meet in L.A. was the ground zero for N.W.A.

The setting was abandoned drive-in theater the Roadium, and this was where a young Eazy-E regularly headed to score armfuls of 12”s. One such 12” was from World Class Wreckin’ Cru, an electro outfit that counted Dr. Dre and DJ Yella among their number. Eazy reportedly hit up the store’s proprietor until he brokered a call with Dre, and that marked the beginning of Ruthless Records and N.W.A.

Straight Outta Compton wasn’t recorded with drug money – and it only cost $12,000 to make

Urban legend holds that Eazy E’s contribution to N.W.A. was providing start-up cash that he had earned selling drugs; while the gangsta bona fides of the rest of the group are understood to be fiction, only Eazy’s are taken at face value.

However, Eazy’s Ruthless Records co-founder Jerry Heller wrote in his memoir that Eazy’s drug dealer persona was “self-forged armor” used to survive in his Compton hood. “I certainly never witnessed Eric sell any coke,” he writes, adding that while he saw him give away plenty of weed, “I never really even saw him sell any of that, either.”

Dre was unimpressed by Ice Cube’s lyrics for [‘Fuck Tha Police’], asking the rapper “What else you got?”

Heller also claims that the first money “slugged” into Ruthless Records was his own $250,000, and that Straight Outta Compton was only recorded for $12,000. It should be noted that Heller split acrimoniously from the others members of the group (over money, naturally), and while he certainly has his own biases, the case he presents is compelling.

The controversy-courting song that put N.W.A. on the map almost didn’t wasn’t recorded for Straight Outta Compton. According to the LA Times‘ Terry McDermott, Dre was unimpressed by Ice Cube’s lyrics for the song, asking the rapper “What else you got?” However, after Dre and Eazy were caught by police for shooting paint balls at people at Torrance bus stops, Dre changed course.

“Now the FBI’s all over my dick”

Who would have thought that the FBI would actually help a band sell records? That’s exactly what happened in 1989, when the Bureau decided to send Priority Records a rather incendiary letter. At the time, the album had been notoriously tough to promote – MTV wouldn’t play the band’s video, and radio wouldn’t play their singles, so sales really came from regional word of mouth. It was assistant director of the FBI Milt Ahlerich who helped them get even further into the wider world with his accusatory note, which blamed N.W.A. for promoting “violence and disrespect for the law enforcement officer.”

There was nothing Ahlerich could actually do about it, legally speaking, so Priority Records had the bright idea of circulating the letter to the press, causing an instant surge of interest in the album. There could be little more illicit than a record the FBI didn’t want you to hear, and this free publicity pushed Straight Outta Compton into the stratosphere better than an MTV promo spot ever could. 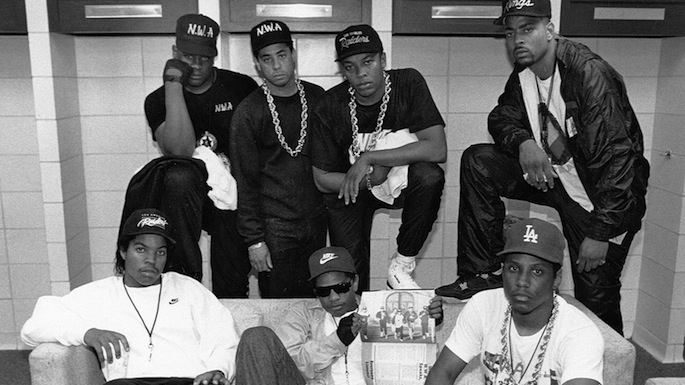 If The D.O.C. was N.W.A.’s “Fifth Beatle,” Arabian Prince was Pete Best

While Tracy “The D.O.C.” Curry only raps the intro to ‘Parental Discretion Iz Advised’, the Ruthless Records ghostwriter received writing credits for four (and contributed, uncredited, on others). Heller describes him as “by far the most gifted rapper” he ever heard and as “the ‘fifth Beatle'” in the N.W.A. inner circle.

On the other hand, original N.W.A. member Arabian Prince — an electro pioneer in his own right — didn’t quite fit in with the group as they embraced a harder-edged, gangsta sound. He appears on the electro outlier ‘Something 2 Dance 2’, but left the group just a few weeks before the album dropped because he didn’t feel like he was being paid enough for his N.W.A. efforts.

“Dre had a Mazda RX-7 with no back window, and I had a ’76 Mercury Capri that overheated, and we’d drive out to Rialto to visit two of the girls from J.J. Fad [he and Dre co-produced J.J. Fad classic ‘Supersonic’],” he told the LA Weekly. “We’d listen to the radio on the way out there, hearing our hits playing, and be like, ‘These are songs that we made, but we’re not getting the money.’ I figured I could go back to doing my own thing and make a lot more.”

While The D.O.C. was nearly killed in a 1989 car accident that left his larynx crushed and his voice permanently damaged, he continued to ghostwrite for Dre and eventually Snoop Dogg. Meanwhile, Arabian Prince recorded one of FACT’s favorite albums of the 80s and found success as a computer programmer.

“Rap has done nothing but bring people together. So, what’s the problem?”

N.W.A. found an unlikely radio supporter — Down Under

It’s widely known that N.W.A.’s abrasive call to arms ‘Fuck Tha Police’ was avoided by radio stations across the world. It wasn’t even released as a single – the band and the management knew all too well it was a hard sell, but that didn’t stop one Australian alternative music station from mischievously dropping it all the same. Back in 1989 Triple J was the only station in the world to play ‘Fuck Tha Police’, and somehow they managed to do so for an unbelievable six whole months before politicians and police demanded that the management (which was controlled by National heavyweights ABC) yank it off air.

Not to be out-done, the historically rebellious lot came up with an amusing way of protesting the decision. For an entire 24 hours, the station played N.W.A.’s ‘Express Yourself’ on continuous loop, giving listeners a message and also yet another taste of N.W.A.

Following radio’s lead, MTV initially refused to air the video for ‘Straight Outta Compton’, wherein the black-clad crew tangle with menacing police officers. Two months after the album’s release, Fab Five Freddy devoted an entire show to N.W.A. (against the wishes of his bosses, according to Marcus Reeves’ Somebody Scream!), even bringing a camera crew to Compton for a tour of the streets that inspired the album.

From the streets to the suburbs

For music that was so intrinsically tied to the streets, and contained such vivid depictions of a life fraught with danger, it’s interesting to note that Straight Outta Compton’s real success was from their rabid fan base in the safe confines of white suburban America. The album might have been the boogeyman to stuffy mothers and fathers worried that it would corrupt their children, but to the youth themselves it was a forbidden pleasure, filling a gap left as heavy metal became more and more pompous and ridiculous.

Priority Records estimate that 80% of the sales of Straight Outta Compton came from the suburbs, far from the black neighborhoods that were considered its target market, and this was yet another figure to send a shiver down the spine of conservative America. Ice Cube however didn’t see it as an issue, noting, “Rap has brought black kids and white kids closer together. Thanks to rap, white kids are gaining a better understanding and a new respect for black culture. Rap has done nothing but bring people together. So, what’s the problem?”