The fan-boy’s burden: a love affair with disaster – or, discovering that your musical hero now works in retail 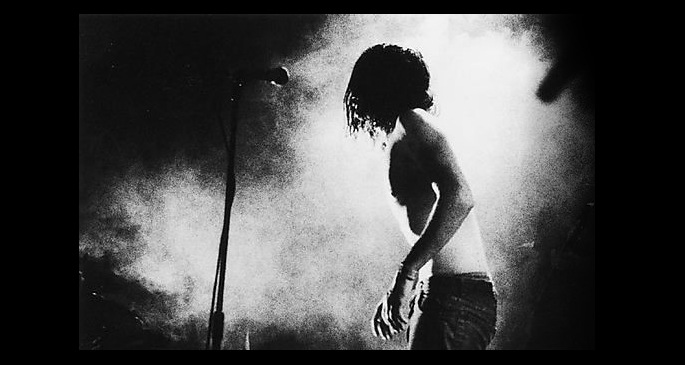 There’s nothing quite as dispiriting as discovering that your musical hero now works in retail.

The other day I spotted erstwhile front-man of Eighties Matchbox B-Line Disaster Guy McKnight flogging jeans in a vintage clothes shop in Brighton. It was like Iggy Pop selling insurance or Andre Williams working a Caffè Nero.

For a band, my band, to be denied by circumstance the success they deserved, the disappointment was too great.  Although the circumstances were many – vicissitudes of the modern music industry, a music press that didn’t understand them and intractable divisions within the band – I never imagined it would end like this.

But it did. I loved Eighties Matchbox B-Line Disaster in the unadulterated way only a teenager can love a band. Fast, strange and original, they were a hurricane of fresh air at a time when music for adolescent suburbanites like me seemed to come only in two colours: ‘London rogue’ red or ‘New York hipster’ black. NME was pushing instantly forgettable dross like The Vines, The Datsuns, and Hot Hot Heat. The remnants of nu-metal hung like a stench.

And along came Matchbox with songs so spartan and fast they fit 10 of them onto their 25-minute 2002 debut album, Horse of the Dog. They showed, to the few that were listening, that the art of making wild bluesy punk music was by not adhering to loud-quiet-loud clichés but by surprising you. Matchbox stylised the sound of the black punk of Birthday Party into something completely new.

As a 16 year old from Brighton, Matchbox’s home town, the band was a thing of folklore. Its members formed a pseudo-label rooted in Buddhism called No Death that promised to put an end to mortality forever. No Death’s second and only signing was a suspiciously familiar looking four-piece called the Boogs who dressed as giant green bumblebees. They released one song about a race horse that dreams to be a man that arguably is Matchbox’s best song, although the band vociferously denies any claim to it.

“NME was pushing instantly forgettable dross like The Vines, The Datsuns, and Hot Hot Heat. The remnants of Nu Metal hung like a stench.”

At the same time rumours abounded around town of their antics on LSD while driving around their 1947 vintage Humber limousine, complete with gangster wheels and No Death skull emblem emblazoned on the side. They played with brilliant and obscure bands like Lapsus Linguae, Meanwhile Back in Communist Russia and The Parkinsons, a Portuguese-cum-American-cum-British band fond of smashing their equipment apart.

Andy Huxley was the biggest draw. The crash of his deranged guitar instantly drained adrenal glands and prompted crowds to riot, like during the climax of ‘Charge of the Guns’ when McKnight screams “COME ON AND DIE” on loop or as the underwater bridge of ‘Presidential Wave’ breaks into untamed distortion. Sym Gharial and Tom Diamantopoulo’s giant rhythm section thundered beneath.

The first time I saw Matchbox was at their 2002 Christmas Party at Brighton’s Concorde 2. A demented-looking McKnight skulked onto stage with a crude ‘Merry Christmas’ message smudged across his naked torso. Under strobe lights that remained switched on throughout the gig he opened with the tongue-in-cheek pantomime of ‘Morning has Broken’, before later launching into the band’s searing third single, ‘Psychosis Safari’. McKnight is the most captivating front man I’ve ever seen, alternating between staring like a dunce into the middle-distance and sprinting into the audience, long-leaded microphone in hand. 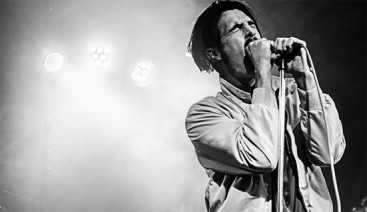 A few months later they played another show in the back room of a now-closed pub called the Freebutt. More people were turned away than got in. Men wore dresses in homage to their single ‘Celebrate Your Mother’ and McKnight tore around, obscured by a matt of long black hair, screaming ferociously in people’s faces.

Now most people have no idea who Matchbox are – many dimly recall their brief break into popular consciousness on the back of a generous record deal that financed a couple of very posh videos. Recently, after ranting about them to a girl in a pub she responded, “Yeah, I loved that [Matchbox 20] song, ‘If You’re Gone‘.”

Being an aging, hopeless fan boy is hard work. I was constantly galled that Matchbox never ‘made it’ but at the same time I was aware that in some way I wanted to keep them for myself and condescend to the world that they are missing out on something big.

Though they attracted a largely positive press, few understood them. NME described them as “zombie rock saviours”, a “brilliantly stupid indie rock horrorshow” and – I shudder to air this again – “a one way trip to rock nutterdom”. But insipid coverage aside, they had done well. They had a big record contact with Island Records and were spending the money.  They toured America and shot a video in New York for the Boogs.

For months Island sat on their second album, The Royal Society, eventually releasing it with minimal fanfare in late 2004. Despite a big, if slightly cheesy single that found its way onto the Sean of the Dead soundtrack, the album’s slower and more moody feel failed to generate much excitement at Island and the band were very unceremoniously dropped. 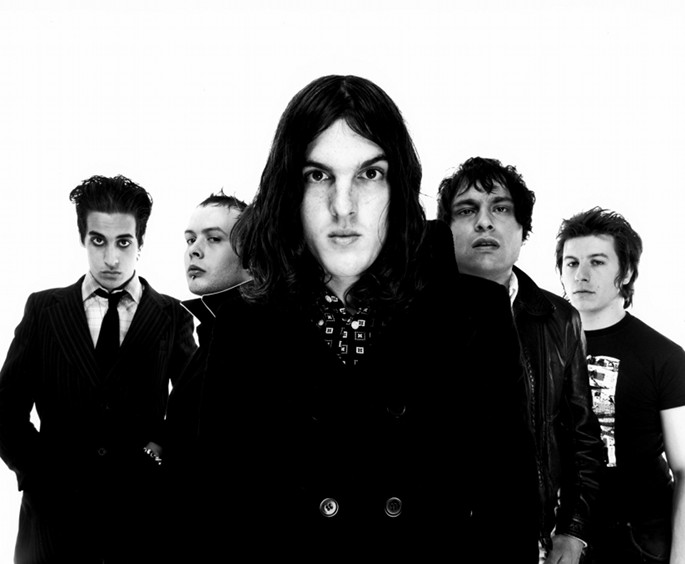 Some members of Matchbox signed on, others picked up day jobs. Andy Huxley left in early 2005 to join the Vile Imbeciles, a deconstructed ‘death jazz’ outfit that, while interesting, didn’t have any of the crooning pop trappings of Matchbox.

Despite the serious blow, Matchbox replaced Huxley and kept going. “Matchbox supported System [of a Down] and Queens and the Stone Age on their tours,” says lanky aesthete Steve Slagter, “We all thought that they were on the up but we were blind to the state of the band. The labels weren’t bothered with them, that new guitarist Rich Fownes wasn’t right and as much as I love it, people didn’t get the second album.

“I don’t know why they didn’t get picked up by another label. I think they might have built a load of fans into old punk who couldn’t follow them onto the slower, weirder sound on their new album,” says local fan-boy Nikolai Durkowski, “I even heard System of Down wanted Guy as their lead singer after their singer fell out with his band.”

Over the subsequent years Matchbox’s star waned and the band entered what bassist Gahrial has called their “wilderness years”. The band self-financed the recording of the In the Garden EP, their first recording written without Huxley, and Fownes left the band soon after to temporarily join Nine Inch Nails.

In the Garden came with the live album Live In the Arena of the Unwell, containing some raucous lo-fi live recordings, including a spectacular performance of ‘Turkish Delights of the Devil’ which starts with McKnight viciously scolding an audience member for jokingly requesting Oasis.

“Despite new material being written, a shared musical common ground could not be found,” the band announced in May this year. The news hit me like bereavement.”

They toured sporadically and even as the band got older and McKnight gave up his mane and started looking decidedly less urchin-like, Matchbox remained the most exciting live act about. In 2008 McKnight was cast as the lead in a black-and-white French film called Ciel Eteint! (Sky’s Black Out!) to which the band contributed to the soundtrack. In 2006, after Gahrial got some racist abuse at a show in Stoke, the band put out a limited run of DVDs as a “global experiment in unity”  to see how far they could get round the world. It’s impossible to find now but I’d pay good money for it if anyone reading this has a copy (mail me here).

Eventually the band got a small deal to record what would become their last album, Blood and Fire. It has a few bluesy stompers that they honed on the live circuit like ‘Love Turns to Hate’, ‘Man for all Seasons’ and ‘I Hate the Blues’ and gave them enough grace for a 26-date British tour. Not long after their tour worst fears came to life and the band declared they had split up.

But months later I heard murmurings from the Matchbox faithful. Nike had bought the rights to use their fourth single from Horse of the Dog on their premier football advert which was shown around the world at prime time. This slightly bewildering commercial deal generated enough of a windfall for the band to decide to reunite – with Huxley – and even start recording their fourth album. It was like being cruelly resuscitated from a teenage musical coma – one last unexpected waft of hope.

I had tickets to their planned show this summer at London’s Shepherd’s Bush Empire and retained the same conviction as I did in 2002 that they were destined for something more.

But it didn’t work. “Despite new material being written, a shared musical common ground could not be found,” the band announced in May this year. The news hit me like bereavement.

After over a decade of blind love for the band and unwavering hope for their deliverance, I realize that growing up with a band is the same as having faith in something greater than yourself. Matchbox became the object of my faith and, because the band was such a part of me growing up, it also became its subject. Every live performance was a reaffirmation of that faith.

Most teenagers have their band, like I had mine. Your band gives you that musical crutch to always return to. That band you have no problem being associated with. That band you will always defend in the face of naysayers. The only difference is that mine was the best.