In praise of slowness: why Unsound Festival was right to ban photography, and why it might be time for us all to slow down 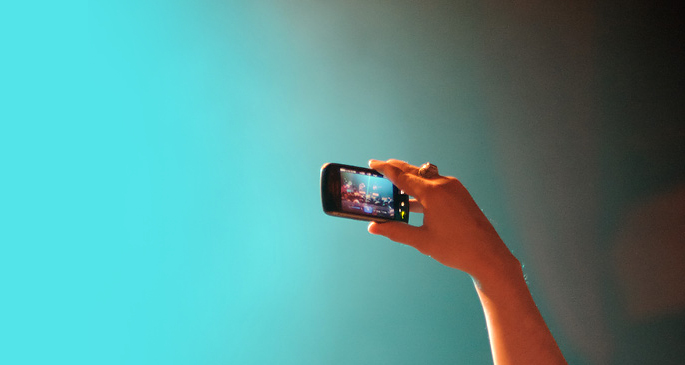 Fed up of having your view at concerts obscured by a row of camera phones? Recent years have seen bands like Yeah Yeah Yeahs and Ratatat express their dislike of phones at concerts, while this year’s Unsound festival has banned all photography – and hope that festival-goers will be able to police it for them. FACT’s Laurent Fintoni wonders whether it’s time for us all to slow down.

At no other time in history have humans been subject to so much urgency and pressure to be busy, in some shape or form. In terms of our free time this has translated into a tendency for people to constantly document, record and share the things they’re supposed to be enjoying, often resulting in situations that from an outsider’s perspective seem ridiculous. All the tourists snapping pictures on your iPads, I see you. And I’m no different, as many of my friends have seen fit to point out in the past.

There are various ways for us to claw back at this modern disease, perhaps best exemplified by the rise of the Slow Movement in past decades: slow food, slow travel, slow design, slow cities. You get the idea. And if not then go read Carl Honore’s In Praise of Slowness. Personally I suck at slowing down, but I’m trying. In the past year I’ve managed to remove internet comments from my life, and that alone has given me back chunks of time and sanity – as well as making the internet a lot more enjoyable. A similar feeling of sanity and peace returned to me when I removed all notifications and most social network apps from my iPhone. All of a sudden I had more time to look at things during my travels.

Yesterday, Polish festival Unsound announced that they would be implementing a ban on all photography and filming at this year’s event, in line with their theme of Interference. The organisers question the habit of constant documentation of live events, which not only distracts the person documenting but also those around them. Perhaps even better: they will not be policing this ban, but rather rely on festival goers to respect it as a community, and stop those that they see as infringing on it.

While this isn’t the first time someone has attempted to disrupt the constant flow of modern day documentation at an event, it’s the kind of initiative we need more of, especially when it’s presented in such a coherent and logical way. Imagine going to a show where your field of vision isn’t obscured by all the phones in its way. It was only six or seven years ago that this was still a reality. I can count on the fingers of one hand the amount of live shows I’ve been to in the past few years that haven’t been ruined by constant documentation.

There’s beauty in the moment. You might think that’s cheesy, or hippy, but it’s true. There’s a reason why Eastern philosophies and practices such as yoga or meditation have been around for millennia and have seen a resurgence of popularity in the West in past decades – we’ve got it the wrong way round. Not only is there beauty in the moment, the moment is the only thing that exists. So while you’re capturing it for Instagram, Twitter, Facebook or Vine posterity you’re actually missing it out entirely. And yes I’m talking to myself here too.

I’m curious to see how Unsound’s ban unfolds at this year’s event, especially the self-policing aspect. And I hope that in coming years we start to see more live venues implementing similar bans, with not just spectators but also artists joining in to remind everyone to slow down and enjoy the moment.