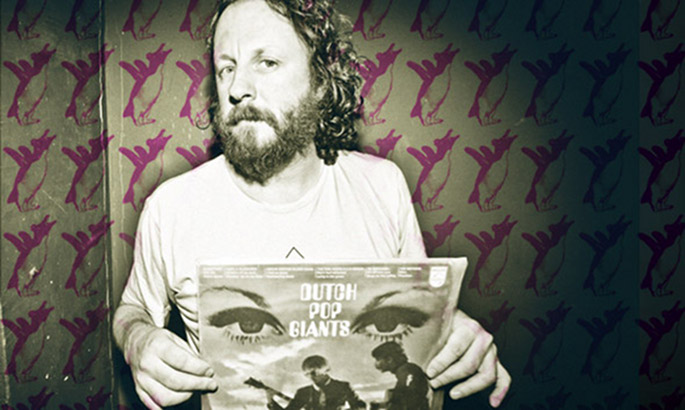 Since 2001, DJ TLR’s imprint has been providing a home for a constellation of off-key house and techno artists based in around The Hague, not to mention a network of global affiliates operating at the freakier end of the 4×4 spectrum. Crème’s place in history as a source of scrunched-up, deep-fried house music is probably secure by now, but their releases have also flirted with electro, disco, jack and wot-u-call-it miscellania over the years. Legowelt, D’Marc Cantu, Willie Burns, John Heckle, Alexander Robotnick…it’s an enviable (and, on occasion, certifiable) roster.

We asked DJ TLR to pick out ten key tracks from the label’s vaults, and give us some informed – and, more often than not, extremely funny – commentary on each. Head to the next page to taste the crème de la Crème, as described by the man himself.

OK, first up is a track I did with Danny Legowelt, before the start of the label. The production is pretty dismal and I think I was obsessed with every synth sounding like a duck. Still, it’s a pretty cool track considering it was made in 2000 in a cultural vacuum. A weird electro B-boy/Italo/West Coast Sound of Holland hybrid that’s a good indication of where my head was at the time. I don’t even know what part I played in this, but it was probably in the arrangement and perhaps the sound design. But who knows, Danny is a brujo and he can casually feed you thoughts and make you think they are yours. Everything was made with some obscure tracker called Octamed on the Amiga in Danny’s old studio. It ended up on a comp we did for a Japanese tour a few years later. Since it’s the first thing that was done with a label in the back of my head, it’s a pretty good starting point. If you can sit through this shit, then welcome to Crème!”

OK, so we’re at number two and already this homework assignment turns out to be a tough cookie. Here’s a track from one of the very early Crèmes from 2002. Perhaps not the most obvious one, but to my mind one of the tracks that defines the early sound really well. Done by (then) whizz kid Sami Liuski from Rovaniemi, the most Northern city in Europe. He went on to release records as Bangkok Impact, Keyo Laboratories, was in Putsch 79, 8 Bit Rockers and had a bunch of other aliases I can’t keep track of. This guy was an integral part of the early Crème crew, and will always be. In all it’s simplicity this track captures the hyper focus of a dusky eternal night where you can just play the same game over and over by the light of the aurora borealis, until you disappear in a puff of pixelated smoke. Sven Vath and DJ Hell recognized it at the time, so why didn’t you?

One of the most underrated Crème artists ever must be Kassen. But as it happens he is also a lifelong friend and a big part of the early sound. Not only as live collaborator of Bangkok Impact, but also as a solo artist and idea man. Kassen is great at capturing the sense of being an outsider and looking at the world with a childlike curiosity – if he is not too busy stamping his feet and one-upping you, that is. In any case, those are all key ingredients for Crème, and perhaps for the West-Coast sound in general, certainly for Bunker Records. All things considered, this sounds pretty timeless to me, and I never quite understood why people used to lump it in with “electro” when it’s so obviously inspired by Studio 1. Yet another case of wrong time wrong place. We used to joke that Kassen was the only professional producer among us. Perhaps we weren’t too far off the mark.

OK, well here’s my chance to stuff two eggs in one chicken and combine one of the best selling tracks with one of the most famous artists on the label. But this was all way back when so what the fuck did we care? Our vision was as sharp as a meteor tail and our eyes where like diamonds showering the earth with kaleidoscopic rays of pure light. So umm, here’s Legowelt remixing Bangkok Impact’s bubblegum evergreen “Junge Dame Mit Freundliche Telefonstimme”, adding a brooding sense of ennui and despair that just barely tips this bad boy over into the crater and erupts into one of the all time classic “Left Me LONELY but I Don’t Care” anthems. Transpose!

This one runs deep. Apart from being an amazing track it also brings fond memories of the times we spent in Japan and the friends we made there. For a few years we toured extensively through Japan. DIY Crème-style of course, in trains, crashing on couches, in weird plastic hose-down hotels, playing back alley gigs in off brand towns etc. This network disappeared after a while, after everybody branched out in all kinds of directions. One of the best nights there was a gig in Tokyo where we presented the record and Nami DJ-ed with a Yakuza style body guard standing there the whole time and middle aged Japanese fanboys in the audience waving autographed pictures.

A short history, [Nami] was a big J-Pop lolita star in the 80’s in Japan, and her vox on this Soichi Terada prodution are a bit of a fluke. The track got picked up by Larry Levan who made it a footnote in House-history. She choose a different career path and became a writer.  We managed to drag her out of exile for one night and put her behind the decks. It all felt pretty special. The place was a real sweatbox too, a ram packed basement with no emergency exit and just a small concrete staircase leading down into it. Proper Asia-style. I remember thinking, “If faith strikes tonight and we don’t make it out of here, then I’m OK with that.”

For a few years Crème JAK reigned supreme, in my mind at least and maybe that of a select few. The rest of the world didn’t seem to care too much for this bastard child of Crème and Traxx’s label Nation. But we raised the little sucker as our own and sent it into the world with his lunchpail filled with 808 claps, Waling Synths and Acid Lines, to spread the gospel of all things Ron Hardy and Warehouse and vintage Detroit. Jakbeat: raw stripped down House and techno in its most pure and visceral form. But the sound was too upfront and black for the zeitgeist perhaps, it was lost in a musical landscape that was still dominated by loopy Minimal Techno. Still, it it was great fun to do and it spawned some amazing tracks. One of them is this slow burner that belongs on any classics list as far as I’m concerned. It’s a collab between D’Marc Cantu and James T Cotton, both of whom have made great contributions to Crème through the years. This one was obviously a nod to UR, whom we all hold in high regard and have considered peers in our quest for the obliteration of all things mediocre since the early 90’s.

Can’t forget about Orgue Electronique, of course – he’s been there since the very beginning and we’ve seen his sound change from staccato Le Car/Dopplereffekt influenced electro to deep and warm washy House over the course of a decade. He doesn’t make enough music though lately, and this here remix is an example of why we should feel sad about that. A perfect house track, that reveals its obvious Chicago influences but doesn’t fall back on them too much. Another prime example of something simple yet rich – and I don’t mean that in a Gordon Ramsey “let’s turn this diner into a bistro” sort of way either.

Nearing the end with so many choices turns out to be a tough one. Willie Burns then, now exploding unto the scene all of a sudden, super prolific and in fairly high demand. But even though he started producing relatively late, Will is hardly a newcomer. We go way back and did some of our early US tours together. I’ve spent way too much time sleeping on his couch or in a car with him since we first met him over a decade ago in Brooklyn, with us like three naive chickens in the big bad city and him slouching casually against the wall outside a Thai place with his skateboard. Come to think of it, that’s probably also around the time we first met his then roommate Ron Morelli, and Adam X and all of those NY cats. Underneath his surly Texan/Big Apple “I don’t give a F” veneer a pretty sensitive musician is hiding, who is very alert and apt at translating emotions into sound. One of those rare peerless voices in electronic music, and someone who, at the moment, can do no wrong.

So let’s end this charade with a pretty recent track, from an album I am very fond of and have worked on with a lot of pleasure. The memories and blurbs about it are still pretty fresh, long time musician, DJ, record shop owner, yadayada. I have come to know Neville as a very pleasant individual who has quickly moved up from the roster of artists to that of friends. An enthusiastic and consummate (had to work that word in here somehow) professional with a keen (yup that one too) ear and vast knowledge of all things house and fitness. I think his album belongs in one of the top whatevers this year and this track is one of the highlights of it I think. Works for home listening, but can be absolutely lethal when the right knobs are turned. And this could also apply to the man himself.