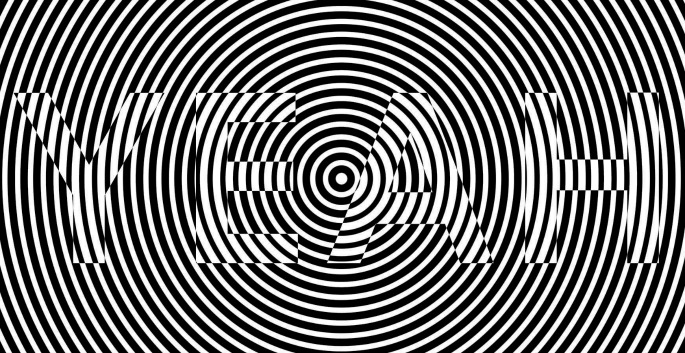 The pop music ecosystem – that spidery, ramshackle network tying label bigwigs to disc jockeys, record shops to music weeklies, the Top 40 to home taping, and teenagers religiously to their TV sets once weekly for Top of the Pops – totally collapsed in the first decade of this century.

With pop’s digital switchover came a loosening of hierarchy; downloads, both legal and otherwise, bypassed the former cultural gatekeepers and made pop music’s shepherds – the labels, DJs, and not least the humble music journalists – merely its sheep, following and chronicling the trends rather than dictating them. 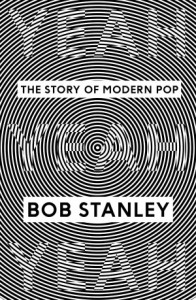 In his new book, Yeah Yeah Yeah: The Story of Modern Pop, writer and musician Bob Stanley casts his eye over pop’s unrepeatable first fifty years and charts the birth of rock and roll, soul, punk , disco, hip hop, indie, house and techno, while peeking through the scaffolding that shaped its course – the charts, music press, radio stations and the ever-evolving formats, from vinyl to digital.

The book, an encyclopaedic 700-page tome, is intended to give readers a sense of how pop music really felt for young listeners at the time. “Things get re-written,” says Stanley. “If you listen to oldies radio then you’ll hear ‘The Look of Love’ by ABC, but you’ll never hear ‘Poison Arrow’ by ABC, which were both equally big hits at the time, so even something that was very popular at the time can now largely be forgotten.”

Stanley, who has appeared on the pages of NME, Smash Hits and The Face as a writer as well as part of his ’90s dance-pop group Saint Etienne (pictured below with Stanley on the right), says that although he’s still a pop fan, he doesn’t follow the charts as avidly as before. “It’s quite odd in the last few years how the charts have become very homogenous musically, which is really one of the reasons they’ve become less interesting to keep an eye on,” he notes. “The same dozen people are working on each other’s records. But I hope it’s just a period we’re going through.” 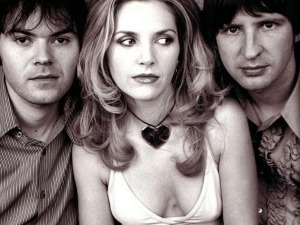 The arrival of the internet and MP3s has meant that pop music no longer holds the same power over a generation. “It’s not that people don’t listen to pop music anymore, but it’s hard for it to be a way of life the way it was for me and most of my friends.” Not that things are necessarily worse now, though. “If you want to hear a song you just press a button and hear it – that’s obviously perfect, that’s what I dreamt of when I was a kid. But it’s stripped away a layer of mystery, or several layers of mystery. People will still like music, but it can’t possibly have the same effect on their lives.”

As a primer to the book, which takes in pop music from The Beach Boys to the Beastie Boys and T. Rex to Timbaland, FACT asked Stanley to introduce five songs that tell the story of modern pop, one from each decade of his 50-year purview.

Yeah Yeah Yeah: The Story of Modern Pop is available now on Faber. The deluxe edition, limited to 100 copies, comes with badges, postcards, a tote bag and a specially selected 7″ single with accompanying note from Stanley. 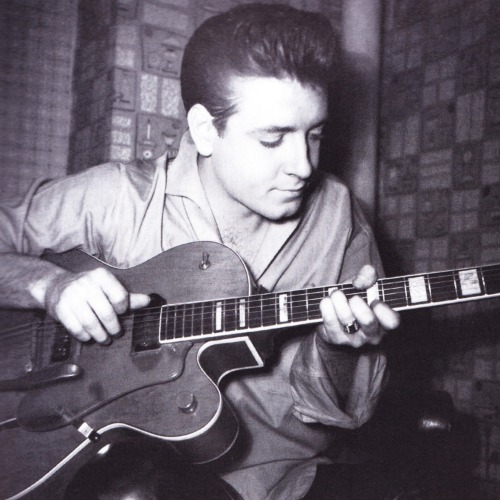 “Eddie Cochran was that sort of composite rock and roll star – he looked great, he had a quiff, he played guitar, had loud records and wrote about being a teenager, which he was. When you look at him now he looks older, but he was only 21 when he died.

The thing I particularly like about ‘Twenty Flight Rock’, which is what I like about a lot of rock and roll, is that it’s basically a comedy song – it’s about his girlfriend living on the twentieth floor of a block of flats. He goes round to her flat, presumably to have sex with her, but he has to walk up because the lift’s out and therefore he’s knackered when he gets to the top and they can’t have sex, which is such a great idea for a song!

There were a lot of very rude rock and roll songs, but they were always couched in terminology that meant they could possibly get played on the radio. There’s a lot of wit in there, because people had to work out how to write songs about things like that which could get played. That’s something that started to dissolve in the ’80s, I suppose.

I don’t think ‘Twenty Flight Rock’ was a hit in Britain, but it got released twice here, so I think it sold reasonably well. In Britain, Cochran put music out on the London label, which was really important for people over here because almost no one came over from America to play. The London label was a kitemark of quality – it only put out American singles and most of them were rock and roll, so Little Richard, Fats Domino, Chuck Berry. Eddie Cochran did come over here, of course – he died in a car crash here, so I think that’s a reason why he’s held up as a particularly important rock and roll figure in Britain.” 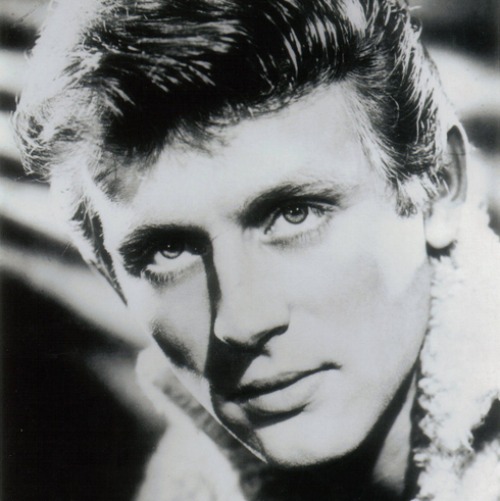 “This is a Joe Meek production and it’s about death and ghosts. The original line of the song was, ‘A girl I lost who died a year ago’, but to get it played on the radio they changed it to, ‘The girl I loved and lost a year ago’. It’s basically a proto-goth record, and Marc Almond re-did it in the ’80s.

Joe Meek was the first significant record producer. There had been people who had been messing about with tapes and stuff in America, like Les Paul and Mitch Miller, but Meek was the first person to make records that really didn’t sound remotely like somebody playing live in the studio – it always sounded like a studio concoction. So this one’s got manic galloping drums like something from a Western, and a wailing girl in the background like a ghost. It’s an amazing record.

There are so many ‘death discs’ like this – loads of girl group ones, like the whole Shangri-Las career basically, and Joe Meek did several others as well. At the time, obviously with Buddy Holly and Eddie Cochran, famous people died in plane crashes and car crashes who were very young, and teenagers could relate to them. It would have been a very real part of your life. And teenagers are morbid, they’re really morbid! It was an interesting micro-genre.”

“This is an incredible production, it’s very stripped back. There’s a good blog called Music Sounds Better With Two, and the woman who writes it pointed out recently that in a way ‘Rock On’ completely predicts the future, because the main instrumentation is drums and bass – there are no guitars on it, which I’d never thought of.

It was used as the end music in the film That’ll Be The Day, which is what made David Essex famous. It’s about rock and roll, obviously, and it’s kind of, ‘here’s what we’ve lost’. Again, the whole record sounds like a ghost. It’s just astonishing production, with these really eerie strings on it and very little else. The lyrics are mostly made up of questions.

It was David Essex’s first hit. At that point I think he was taken seriously as a musician. It was only when he became a pin-up – which he did almost immediately because the record was a big hit and he was good looking – that the music press dropped him like a hot potato, but he was definitely taken seriously for a short time when this record came out. 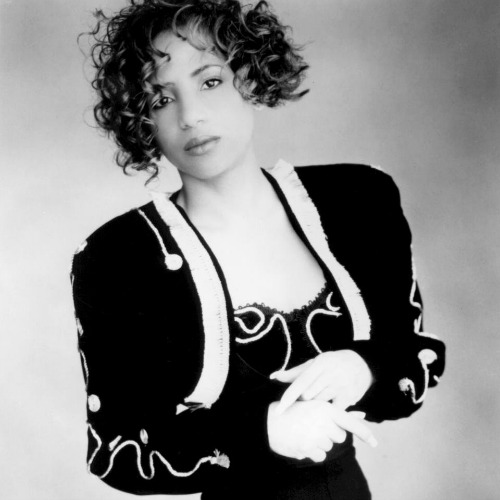 “I thought I’d pick something from the ’80s that would be representative, and Prince seemed too obvious so I thought I’d go for Jimmy Jam and Terry Lewis because they were Prince’s proteges. This record basically sounds like it could come out tomorrow and it would sound modern. It’s just one groove that runs all the way through, but somehow it’s very catchy as well, which is an amazing knack in songwriting. It wasn’t a hit – it may have been a club hit, but Robert Palmer had the hit with it. He covered it almost as soon as it was recorded.

At the time I was just listening to scratchy indie music. I remember Robert Palmer’s version existing and I just blotted it out of my mind – I thought ‘Addicted to Love’ was horrible so I wasn’t interested in what he was doing next. It’s only recently that I’ve gone back and listened to the mid-80s. I liked Prince at the time, but everyone liked Prince.

Does pop music get written off as unimportant because it’s seen as girl’s music? Absolutely. You forget how incredibly sexist most music journalism was, and probably still is to a large extent. You get a term like ‘handbag house’, and it’s like, what are you implying by this? Oh I see, you’re implying that people should be listening to intelligent drum ‘n’ bass, which is very male sounding, but instead people are listening to ‘Not Over Yet’ by Grace, because it’s a bloody brilliant record!” 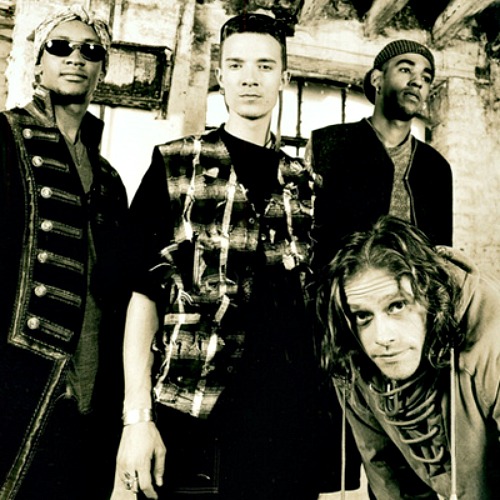 “I love it, it’s so clearly homemade – you can tell it’s made by a schoolkid in his bedroom. Much as I love really well-crafted records, like The Beach Boys and Phil Spector with their big arrangements, I also really love the fact that someone can just make something in their bedroom and effectively create a new kind of music. ‘Charly’ is obviously such a ridiculous record, but it still sounds so exciting now.

There weren’t that many proper hardcore hits – most of them tended to be novelty ones. One thing that kept cropping up as I was writing the book is that when a genre is running out of steam, you get novelty records – there was novelty rock and roll, novelty psychedelia, and for rave there was ‘toytown techno’. Most of it was awful, like ‘Trip To Trumpton’, and ‘Charly’ is the one that’s to blame for that, but it still sounds great. I could’ve picked ‘Everybody in the Place’, I suppose, which was a genuine hardcore record and a number two hit.

One of the ways the shift to bedroom production has impacted on pop is that there’s a lot more music being made generally. If you look at the top end of the chart, though, you’d think it would have widened things out, but it hasn’t done. People like Katy Perry and Rihanna are just going to be using top name producers and songwriters, and it feels like it’s harder to break into than it ever was. There’s so much music being made it’s easy for everything to become much more – not marginalised, but just segmented, I suppose.

Technology certainly means it’s much easier to make records and put studios out of business, but I don’t think it’s affected the charts that greatly, although I think it did at the time. But they’re my favourite periods really, like skiffle in the ’50s, which is not particularly well thought of now, but it was exciting because it was homemade. I’m sure it could happen again, it’s just that I have no idea where it might come from. But there’s no reason why people shouldn’t be making records that cost 20p and starting a whole new trend.”