When James Murphy “retired” LCD Soundsystem in 2011, he hinted at wanting a quieter life out of the spotlight. That plan didn’t exactly work out.

Yes, the New Yorker was just too big a polypheme in indieland to totally vanish from view after 2011’s Madison Square Garden farewell. Even with LCD seemingly dead in the water, Murphy was able to stop the internet dead at will: one David Bowie rework generated more chatter than just about any remix that year. Arcade Fire’s Murphy-produced comeback ‘Reflektor’, meanwhile, garnered praise across (most of) the board – and, surprise surprise, had the LDC man’s sonic seal all over it. LCD or no LCD, Murphy remained a huge concern.

Murphy’s musical history is multifaceted. There are his curious 1990s projects – the goth-pop bands, the indie combos, the thrash outfits. There’s The DFA – the production partnership with Tim Goldsworthy which lit the fuse on the early 2000s dance-punk explosion. There’s LCD Soundsystem, of course, with whom Murphy perfected a scruffy, emotionally engaged brand of bridge-building dance pop. The mix sessions, the scattered production gigs, the winking cameos – plenty to sink one’s teeth into, basically.

We’ve rolled up our sleeves, dug into Murphy’s archives, and pulled out ten of his lesser known successes. Spooky juvenilia, Carl Craig covers, adventures in electroclash, disco edits… here are the Murphy tracks you probably haven’t heard – and, if you call yourself a fan, really should.

After a stint with the comparatively fey Pony, Murphy took up sticks as drummer for snarling math-rock trio Speedking. Forget ‘Movement’ – Speedking’s output is substantially scuzzier than anything Murphy would ever make again. Where DFA’s sinewy disco emphasised slow release, Speedking get the demons out as quickly and forcefully as possible, nodding to thrash and hardcore in the process. As well as releasing four 7″ singles in the mid-1990s, the band recorded a solitary full-length, The Fist and the Laurels, which was subsequently mothballed until 2002. ‘Yi Ma’ is one of that record’s highlights – scruffy as anything, but, thanks to Murphy’s propulsive stickwork and Miriam Maltagliati’s sinewy bass playing, not a million miles away from the dance-punk sound he’d consolidate down the line.

Considering how much of his career has been about assimilating, synthesising or deconstructing disco, it’s heartening to hear Murphy dabbling in a good old-fashioned extended edit. Murphy teamed up with partner-in-crime Pat Mahoney for this one-off instalment in Moxie’s disco bootleg series, taking on Donald Byrd’s ‘Love Has Come Around’ on the A side, and reworking The Ring’s ‘Jump!’ on the flip. The former, which also appeared on Murphy and Mahoney’s 2007FabricLive CD, is better known, but the latter is the more ebullient and enjoyable of the two.

An interesting Murphy guest spot, courtesy of electroclash Yoda DJ Hell. Sharing album space with hero Alan Vega and Erland Øye, Murphy’s on antic form, yelping like a man possessed by a particularly bad-tempered spirit. After a creepy monologue from the ‘Aisha’ school of schlock, Murphy gives a raw, desperate vocal performance. He’s never sounded trashier, and it’s by no means a bad look for him.

Cheesy synth-funk duo Chromeo are reborn as a crashing, clattering electro-punk monster in this megawatt DFA remix, in which Murphy and Tim Goldsworthy crack their knuckles and get stuck into their grimiest guitar FX and splashiest cymbals.

Deceptacon in title, Daft Punk in spirit, this DFA remix is an obvious homage to the helmeted ones and turns Le Tigre’s electro-punk club destroyer into a mellow disco groove (or as mellow as a disco groove can be under Kathleen Hanna’s childlike yelps). “Any remix I’ve done I almost never use any of the original music,” Murphy explained to 6Music this week. “The challenge for me is to create a new track that serves the vocal in a different way but doesn’t make the vocal seem pasted on.”

Murphy channels his inner Bowie on this angsty glam number from the score he composed for pal Noah Baumbach’s 2010 indie flick Greenberg. As an LCD Soundsystem track rather than a solo Murphy effort as elsewhere on the soundtrack, it’s hewn from the same rock as the band’s final album outing released the same year, This Is Happening.

Dropped in 2004, Murphy wisely strips back some of the pomp of The Rapture’s original and crafts ‘Sister Saviour’ into a slippery, disco anthem. It sticks remarkably close to the band’s original blueprint but softens the edges, allowing the rich DFA-patented groove to do most of the talking, and it sounds just as pleasingly euphoric now as it did nearly ten years ago. 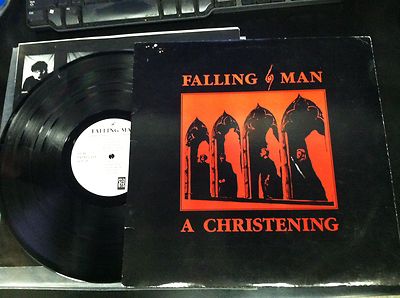 Less a killer tune than a genuinely fascinating/unsettling curio. Aged 18, Murphy fronted goth-rock band Falling Man, with whom he released solitary album A Christening. The record’s as rare as hen’s teeth, and audio’s similarly hard to come by, but some tinny recording of album cut ‘So Many Years’ is available to stream in one of the web’s darker nooks. ‘So Many Years’ offers industrial dark pop with a couple of nods to Ministry – not exactly ‘Disco Infiltrator’, then. Murphy, meanwhile, tries on a tremulous, Ian Curtis-style baritone. Funny to think that Murphy was making records around the same time the Smiths were calling it a day, but there you go. This is hard to come by these days – but if you can get your hand on a copy, it’s an intriguing glimpse into his early musical makeup.

The idea of Murphy taking on Carl Craig isn’t exactly a sure fire win, but on this LCD Soundsystem version of Paperclip People’s anthemic ‘Throw’, Murphy manages to distil the latent energy of Craig’s original without losing its thumping appeal. Sure Murphy’s falsetto might aggravate the Detroit purists out there, but Murphy shows he can take something skeletal and transform it into a DFA stomper without batting an eyelid.

Okay so Shit Robot’s not a James Murphy project at all (it’s Marcus Lambkin), but since he sings on it and has a hand in the production, we reckon it’s fair game. The track’s snipped from Lambkin’s 2010 album From the Cradle to the Rave and epitomizes the sizzling, neon-burned sound that Murphy and co would make their calling card. Murphy’s vocals might be constrained to mere oohs and aahs, but you can’t fault their effectiveness.