“This is our grime”: DJ Marfox, DJ Nigga Fox, Principe Records and the Sound of the Lisbon Ghettos 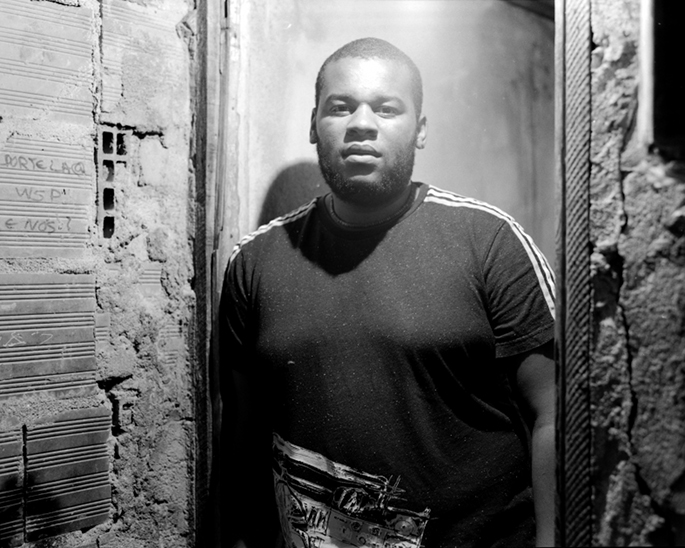 As far back as he can remember, Marlon Silva always wanted to be a DJ.

As a child, growing up in the high-rise estates of Bairro da Portela on the outskirts of Lisbon, he would watch his father and older cousin set up for the neighbourhood parties. His cousin was the DJ, mixing Luso-African genres like semba and kizomba with The Beatles and whatever else would prove popular with the ever-demanding crowds of dancers. His father owned the sound system. Today, Marlon can walk around the projects and everyone knows who he is. “Hey!” the kids shout as they see him pass, “DJ Marfox!”

At 25, Marfox is already seen as an elder statesman of the burgeoning Lisbon scene. His name comes from a Nintendo game – Star Fox, a blocky 3D outer space shoot-em-up for the SNES – that he was addicted to as a teenager. By way of tribute, many of the younger producers on the scene have similar names: Karfox, Liofox, Dadifox, Nigga Fox. Marfox calls his music “free”, unbeholden to any style, be it African, European, or American. But its origins lie in the hothouse atmosphere of Lisbon’s noites africanas on the edges of the city, where West African zouk rubs up against Brazilian pagode and commercial r’n’b, and “DJs have to be very attentive to what the crowd might be into at any given moment. They’re very demanding crowds,” Marlon tells me, “they know what they’re into and they know what they expect from a club. They expect to dance.”

I met up with Marfox and his younger protégé, Rogério Brandão aka DJ Nigga Fox, at a coffee shop near the container port on the east side of Lisbon. On a block of converted warehouses by the waterfront, the cafe sits next to a record shop called Flur where José Moura and Márcio Matos work. José and Márcio make up half of the team behind Principe Discos (with Pedro Gomes and Nelson Gomes), the label that’s been releasing Marlon and Rogério’s records over the last couple of years. They’re also here, nursing cups of espresso, to translate for us.

Since the release of Principe and Marfox’s debut 12” last year, Eu Sel Quem Sou, their frenzied polyrhythmic hybrid of Angolan kuduro, batida, and kizomba with western house and techno, has been moving out of ad-hoc parties in abandoned buildings in the peripheries into the hip clubs in the city centre and beyond. Recently, Philip Sherburne, writing in Spin, called it “the waist-windingest music I’ve ever heard…like an ultra-vivid hybrid of grime and trance.” This weekend, Marfox and Nigga Fox take the stage at the Unsound Festival in Kraków. I’m here to find out how the scene came together in the first place.

Rewind to 2005. Meeting for the first time on the platform of a suburban train station: DJ Marfox, DJ Pausas, and DJ Fofuxo. Coming from different bairros, their paths had never crossed. But they knew each other by reputation thanks to the Maquinas do Kuduro (trans: ‘kuduro machines’), a dance crew uniting dancers from different neighbourhoods to face off in highly competitive full-body-shaking kuduro dances at the aforementioned African nights. The Maquinas brought their own mixtapes to dance to and those mixtapes were made variously by Marfox, Pausas, and Fofuxo. “Why not form a crew,” they decided at that train station in 2005, “why not melt all this together and try to go further, leave a mark.” That was the beginning of the DJs Do Guetto.

Marfox was the linchpin of the group, the fulcrum. He brought in DJ Jesse, a computer nerd who taught them all how to use Fruity Loops. Already Marlon had started making his first steps towards making something of his own from chopped up fragments of other tracks. With Fruity Loops he started to work more seriously on his production. “If you were only a DJ you wouldn’t go very far,” he figured. “The guys who were also producers, they were the ones who could evolve and go up some steps.” Pretty soon two other guys called Nervoso and N.K., already established “kings” on the African party scene, got into the group. The DJs Do Guetto were becoming something almost unprecedented: a DJ crew uniting broad swathes of Lisbon’s suburban periphery. “Normally neighbourhoods are stuck within themselves,” Marfox explains. “Local producers, local DJs, local parties, local audience.”

September 18 2006 was the first day of school for Marlon and his friends. It was also the day the DJs Do Guetto posted their first compilation, 37 tracks of frenetic digital kuduro and twitchy-twisty tarrachinha, onto the peer-to-peer file-sharing site eMule. Seven years later, these tracks (now re-issued as a free download on Principe’s WordPress site) still sound fresh, urgent, infectious. Not bad for a bunch of teenagers who only started making tunes less than a year before. 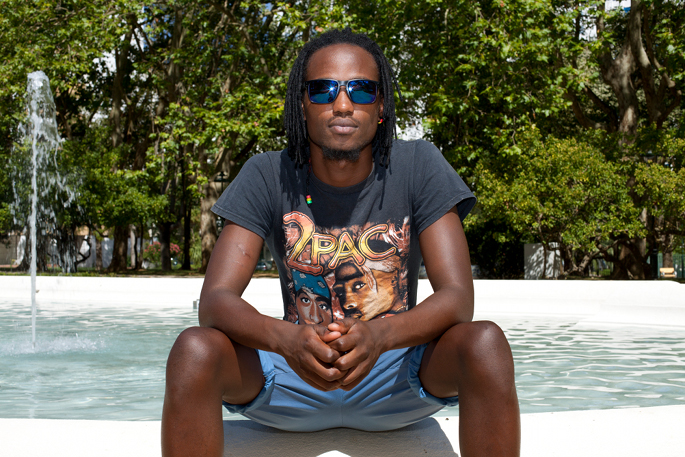 Today the group have dispersed somewhat. Jesse’s putting his computer skills to work in a bank. Nervoso’s working in the construction industry in Morocco to feed his wife and kid. Pausas and Fofuxa have gone back to playing crowd-pleasers at the African nights. N.K.’s still producing tracks and he’ll often pre-master Marlon’s tracks before they go on to professional mastering studios, and when he’s in town Nervoso DJs at a small club in central Lisbon called Famous. Meanwhile, a new generation of producers have grown up, following in their footsteps. Perhaps the most prodigious of whom is 23-year old DJ Nigga Fox.

Rogério Brandão was born in Angola and retains strong memories of the Lingolan folk music his parents would listen to on cassette when he was a child. Relocating to Lisbon, he went to school at Lumiar high school, where he met and befriended Marlon who became a kind of mentor to him. This was around the time of the DJs Do Guetto compilation. He learnt Fruity Loops from his older brother, an afrohouse DJ going by the name of Jiovanni, but he’d already caught the “music bug”. Later, Rogério took a course in music production and he would show Marlon the tracks he was working on, taking pointers on which aspects to develop from the older man. Only this year did Marlon take the Nigga Fox material to Principe.

Evidently the apprenticeship paid off because the label were immediately blown away. “As soon as we listened to this music,” José Moura told me, “we thought, we’ve got to do something with this. It happened instantly.” His debut EP, ‘O Meu Estilo’ came out in the summer and its an absolute banger. African percussion samples stumble over pounding kick drums, squelchy basslines, transient noise bursts, and unearthly chromatic bleeps and pads, adding up to one of the strangest, most distinctive dance 12”s of the decade. “I try really hard to do my own thing,” Rogério tells me, “so that someone in China could listen to my music and say straight off, this is Nigga Fox.”

Marfox has become almost a kind of unofficial A&R for the label, bringing younger artists like Rogério into the fold. After seeing the reaction he got from the audience at the first Principe club nights in early 2012, he started spreading the word to the younger producers he knew. “In the neighbourhood, everyone likes your music,” he told them. “But if you go outside the neighbourhood to an African party, no-one cares because in the African party they consider this music as ghetto music and they want to be cosmopolitan.” Principe showed him that “you can still do your own ghetto music and be respected” and that’s the message he’s been spreading amongst the best of the young crowd.

I ask him what he looks for in younger producers’ work. What is it that makes him think, this is something worth bringing to the label? “Identity,” without a pause, “Identity,” he says it twice. He tells me he “feels it” when he comes across something that no-one else is doing, the “true original” amongst the copies. Rogério, sat next to him, smiles bashfully at the implied compliment. He’s quieter than Marlon, more softly-spoken and a little guarded in his responses. Marlon, by contrast, is positively effusive, gesturing expansively as he speaks, steepling his fingers like a chess master planning his next move. When I ask them both about what they want to see happening in the future, Marlon talks about starting regular Principe club nights in New York, London, and Berlin with local artists alongside the Lisbon regulars. Rogério is a little more circumspect. Still overawed by the attention he’s got since the release of his first record, he just wants to keep it going. “No plan B,” he insists. “Music is the focus now.”

“This is our grime,” Pedro Gomes said to me two days earlier outside a bar across town. It’s a seductive thesis. This music has that same vertiginous what-the-fuck-is-this feeling that I got from the first grime records ten years ago. They’re even using the same software. But it’s not really grimey per se. As Sherburne notes, “for all its frenzied motion and sonic overload, kuduro is also some of the cleanest, most spine-tinglingly precise dance music there is.” Pedro is one of the four founders of the Principe label, along with José and Márcio, our translators, and Nelson Gomes. It was Nelson who first came across Marfox’s music, about six years ago, when his girlfriend was working on a youth outreach programme in the suburbs.

Nelson grew up in an area just outside of Lisbon inhabited largely by migrants from Angola and Cape Verde. He was raised on Luso-African genres like kuduro and funaná. He’d always imagined that digital, urban versions of this music “should exist” in Lisbon; he’d just never heard it – until he came across a Cape Verdian vocalist called Kotalume singing over a beat produced by DJ Marfox. Straightaway, he called Pedro, “Dude! You cannot believe – I found this shit.” They’ve been working together ever since. A few years later, José and Márcio got in touch about starting a label. They’re now working with many more crews, many more producers in greater Lisbon, and the label has several more releases already lined up. With the reputation of DJs like Marfox and Nigga Fox  expanding exponentially, spreading around the world; this is only the beginning.