Hearty congratulations to R&S on making it to 30.

More often than not, dance labels operate on a mayfly life-cycle, and whereas that might be true of some of R&S’ more esoteric sub-labels (Cutty Shark, anyone?), the main mothership has weathered all manner of asteroids and black holes over the last three decades. A few wilderness patches aside, its reputation as one of dance music’s brawnier dogs has been pretty much inviolable.

The Belgian imprint and its offshoots – most notably its recently revived Apollo sub-label – have put out a lot of music, some of which remains absolutely peerless: see Joey Beltram’s foundational rave releases; key early Aphex Twin business; James Blake’s kingmaking EPs; and a string of re-licensed 1990s house and techno belters. Smorgasbord isn’t the word.

The label are marking the anniversary with their own 30-track compilation, 30 Years of R&S Records. It’s a killer set, of course, but, with one pick per artist and a limited scope, stacks of incredible R&S releases have been left on the bench. Here, then, is FACT’s alternative rundown of 30 must-hear tracks from the label’s archives. Take an hour or two – the next 30 tracks are a resolutely filler-free zone.

Detroit pioneers Darrel Wynn and Derrick May teamed up for a handful of releases under the R-Tyme alias in the late 80s, including this sleek and melodic cut that takes you on an upwards journey to a place where the air is rarefied, the ambrosia spills over and hands are always aloft. Euphoric stuff.

Whilst Renaat might be best known for co-founding the R&S imprint, he had a neat sideline in pumping out some of the finest anthems the label ever put their stamp on. ‘Brazil’ is a monster of a track, and has the whistles to prove it. It doesn’t sound much like Brazil (we reckon ‘Belgium’ might have been a more fitting title) but it’s hard to poke holes in its credibility when it’s 3AM in a field somewhere in Lancashire.

Beltram Vol. 1 is one of the discs that secured R&S’s legend, and wedded it to the development of rave culture in the early 1990s. The tightly coiled ‘Energy Flash’ is, obviously, the marquee track, but ‘Psycho Bass’ still sounds phenomenal – the sort of widescreen breakbeat techno that, before too long, would be soundtracking street chases and against-the-clock montages at the multiplex.

What would life had been like without the Belleville Three? Dull, probably. ‘Pump the Move’ is a masterclass in the Detroit sound – rolling Roland kicks, sizzling hats and that all-important drunken synth warble that would practically define the genre. It’s hard to believe that two years earlier Saunderson was sat at no.4 in the UK charts with ‘Good Life’. Ah, memories.

Bang, crash, wallop. Benjamin Stokes’ Dimensional Holofonic Sound bears down with the force of the Ragnarok on this industrial-tinged sternum shaker. They don’t make them like this anymore – forcefully funky, bright as a button, and scary as a sleepover in a morgue.

When you hear an old raver banging on about how modern dance music just doesn’t sound as good as it did “back in the good old days,” this is exactly what they’re talking back. Crumbling, saturated drums, cheap piano stabs, and those windy vocal chops that bring back the kind of positive flashbacks that thankfully don’t leave you gibbering in the corner. ‘Music’ is exactly that – don’t believe anyone who tries to tell you otherwise.

Snarling acid house, boasting one of those slightly wobbly diva turns that only rave could get away with. Rising High Collective’s finest track keeps the requirements of the dancefloor at the front of its mind, but smuggles in all sorts of freaky details and did-that-just-happen moments – check those churning looped backing vocals, and the Mentasm stabs that surge out of nowhere in the third minute.

It’s impossible to have a list of R&S classics without acknowledging Richard D. James, and while Selected Ambient Works 85-92 is surely his most widely acclaimed contribution to the label, the Xylem Tube EP is just as worthy of closer inspection. ‘Polynomial C’ is the Aphex response to the burgeoning jungle sound, but as usual sounds a damn sight more atmospheric than it probably should have. This isn’t the happy-go-lucky smiley-face rave that had tie-dyed face-chewers losing it, nor is it akin to the gritty back room grind of ‘Terminator’ and similar; it’s something entirely different and marked the genesis of a sound that James would push into stratospheric heights.

An early solo moniker of Plaid’s Ed Handley, Balil was at the time a splinter of the Black Dog Productions umbrella. ‘Nort Route (R&S remix)’ was featured on the massively influential ART 1 EP (a split with Kirk Degiorgio) and highlighted Handley’s Detroit fantasies magnificently. A fathoms-deep counterpart to Carl Craig’s seminal ‘No More Words’, it helped define not only the early Plaid sound, but a very British reaction to the 313 that wasn’t entirely confined to the dancefloor.

Hoofin’ computer funk from an early – and painfully short-lived – alias of Kirk Degiorgio. Still kicks like a mule.

There’s little fucking with Marc Trauner’s ear-splitting original track, and Richard D. James typically appears to relish the challenge of transforming the overdriven jackhammer original into something even more damaging. Trauner might have helped kick off gabber with his pioneering mush-mouthed production, but Aphex shoehorns in metallic clanks and hisses, removing any elements that might be confused as being tuneful in the process. Relentless, and all the better for it.

In which Paul Hartnoll of Orbital remixes his own side gig, and finds magic in the process. You know Orbital’s deal by now – unapologetically glossy, gleefully melodic ambient techno – and this R&S remix sees the Hartnoll brothers operating in full technicolour. Golden? Positively aureate. 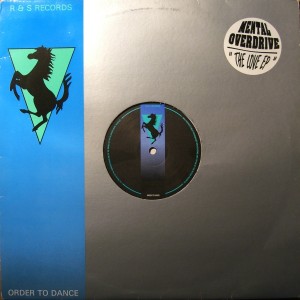 It’s hardcore Jim, but not as we know it. What set ‘Love O.D.’ apart from the deluge of other bristly after-hours bangers was that, like its name suggests, there was a hint of genuine emotion behind the distorted kicks and rampaging breaks. Listen a few times and pour one out for all the brain cells lost to narcotic ingestion over the years. Sad boys for life.

He might be best known for the massive smash hit ‘Sugar is Sweeter’ in ’96, but Christian Jay Bolland has far more to his name than a single career-defining jock jam. ‘Camargue’ is a beauty, and while it hints at the organ-laced crossover appeal of his later tracks, it’s the layers of earnest synth strings that give the track its beating heart.

Morley released across both R&S and Apollo (his 1992 stately arpeggiator jam ‘Evolution’ on the latter remains top-drawer). The Shuttle mostly keeps to ambient drift (‘Big Ben’) and squiggly electronica with a New Age temperament (Lost Sound), but the must-hear joint is ‘The First Floor’ – chilly electro-soul of the same cut as that which kept James Stinson in business throughout the Noughties.

Sun Electric are yet another R&S staple well overdue a renaissance. 1993’s Kitchen is a lost gem, and ‘Sarotti’ is its perfectly paced masterpiece. It takes a good three minutes before the luscious ambient textures crack into familiar square-wave bass stabs and Blade Runner-influenced echoes, but it’s the short-lived rim shot that keeps you coming back for more.

If you’re into acid and you haven’t come across Mike Dred, you’re doing something wrong. With a flurry of releases under a plethora of different monikers, Dred helped define a new wave of acid, and ‘Macrocosm’ might be the closest he had to a bona fide anthem. Seven years after Phuture’s genre-defining ‘Acid Tracks’, Dred showed there was still life in the old 303 yet and took the humble bass box to brave new frontiers.

Gier Jenssen has managed a long and acclaimed career, but few of his albums reach the heights of ‘94’s influential Patashnik. His concoction of billowing pads and half-heard movie snippets would be endlessly pastiched but never bettered, and there are few better examples than the heart-stopping ‘Startoucher’. Where else are you going to get a sample of notorious flop SpaceCamp used so sincerely that it almost sounds melancholy? Exactly.

Originally released on System 7’s regular home of Butterfly, it’s all too easy to talk about jungle innovator Doc Scott as ruff ‘n’ tuff – here, he shows how beautiful his music can be; sharp drum programming dancing around cascading synthwork.

Stacey Pullen, the man behind Silent Phase , has gone on record as saying that he never got the project’s sole album, 1995’s The Theory of Silent Phase, to sound exactly as he wanted it, but try telling that to the dancefloors that still go off to the shuffling drums of ‘Psychotic Funk’.

Don’t let that title fool you – ‘Loop 2’ ain’t no drum track. Instead, it’s wide-eyed Detroit techno of the highest order, built on melodies that seem to stretch out for miles. Full two minutes until the first kick-drum too – that’s when you know Larkin’s in full control.

Paul Saunders gets his waxy fingers into techno forefather Model 500’s most iconic tracks, grasping hold of the track’s (hi-tech) jazz roots and letting them blossom over seven minutes of quicksilver breakbeats.

Loungey as all hell looking back now – cut the drums, and this could be a cut from James Ferraro’s Far Side Virtual – but in ’96 this must have sounded like a ride through hyperspace’s most romantic corners.

At the turn of the decade and after a short hiatus, R&S decamped to London and scooped up a handful of the most promising talent from the UK’s call-it-what-you-want electronic music world, among them a 22-year-old Pariah. His first single, based heavily on a Dilla-esque sample of The Originals’ ‘I’ve Never Begged Before’, is more haunted and soulful than his later, dancefloor-minded output.

On his third release, Blake took the modus operandi of his Harmonimix alias in a more personal direction. Weaving a warm blanket of beloved R&B samples, bits of his own vocals, and church organ chords, Blake presented a lofty promise of what “post-dubstep” could be – unfortunately, not much would live up to this transcendent example.

Blawan might as well carve “I always start with the drums” into his tombstone. While it doesn’t have the romanticism of 2011 world-beater ‘Getting Me Down’, the gurgling acid and shifty groove of ‘Bohla’ foretold what to expect from the producer with the best percussion in the biz.

James Blake’s extensive rewiring of Trim’s ‘Confidence Boost’ looked destined for dubplate purgatory until R&S gave it a very welcome full release. Although not the only Harmonimix muse – both Lil Wayne and Outkast have been through Blake’s digital wringer – Trim proves the best foil for Blake; a few years down the line, it still sounds like a fuzzy transmission from a future we’ve yet to reach.