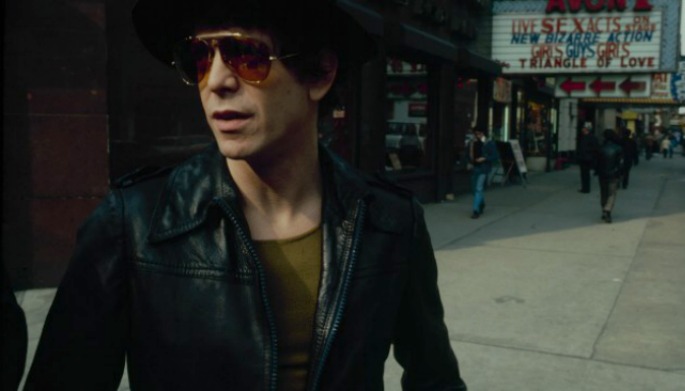 Thankfully, even in his sixth decade of songwriting, Lou Reed never went the route of the ageing icon.

While Paul McCartney conducts dreary ‘Hey Jude’ sing-alongs in London shopping districts and Mick Jagger half-assedly flaps his arms to ‘Jumpin Jack Flash’ for the millionth miserable time, Reed is nowhere to be found. As the Velvet Underground’s principal songwriter and a solo icon, the bard of New York didn’t break rules so much as disregard them entirely, relishing every opportunity to deliver the exact opposite of what was expected from him.

The fact that his catalogue turned up a stream of recognisable ‘hits’ – the pretty ditties of ‘Sunday Morning’ and ‘Satellite of Love’, the chugging rock and roll of ‘I’m Waiting for the Man’, ‘Walk On the Wild Side”s louche swagger and the whiplashed drone of ‘Venus In Furs’ – says nothing of Reed’s desire for mainstream success; instead it points to the cheerful possibility there are thousands of people out there who passed the Velvet Underground’s litmus paper test of taste and find the squall of ‘White Light/White Heat’ as invigorating as a cold shower on hot skin.

But these are the songs you most likely already know, and they represent just the tip of the gargantuan avant-rock iceberg that made up Reed’s 30-plus catalogue of studio and live albums, both solo and with the Velvets. So instead of pointing you back towards the songs you already knew, we decided to dig deep into the Reed archives to bring you 10 incredible cuts from rock and roll’s most enduring outsider hero. From parody dance crazes to marsupial narrators, with all the spit and viscera of 50 years in the limelight in between, this should keep even the most ardent Velvets fans occupied for now.

Fresh out of college, Reed wrote deranged garage rock ditty ‘The Ostrich’ while employed as an in-house songwriter at Pickwick Records. Sensing that the parody song could be a hit, the label drafted in a makeshift band to promote the single, thereby introducing Reed to John Cale. The Welsh musician was intrigued to discover that Reed had written the song on a guitar tuned to one note – a technique Cale himself had been working on with Theatre of Eternal Music, his drone collective led by minimalist composer La Monte Young. Incredibly, avant-garde artists Tony Conrad and Walter De Maria were also enlisted for the band dubbed ‘The Primitives’.

‘Ocean’ appeared in primped and polished form on Reed’s self-titled debut in 1972, but the track had been knocking around for a couple of years, originally recorded in this gorgeously scuffed and splashy version that’s dripping with soft, oozy backing vocals and rippling cymbals.

“This is gonna go on for a while,” Reed notes wryly at the start of this most epic of ‘Sister Ray’ run-throughs. On record, the VU’s boldest wigout tops 17 minutes; this live take, recorded at Washington University in St. Louis, Missouri, was drastically elongated and interwoven with another three-chord charmer, ‘Foggy Notion’, to push it beyond the 28 minute mark. “Too busy sucking on my ding dong…”

In 1972, former Velvets members Reed, Cale and Nico reunited in Paris for a show at the Bataclan venue, a hastily rehearsed affair that saw them attack their old classics in stripped-back style. This piano-led rendition of ‘Waiting For The Man’ is sweetly hypnotic, partly due to a mistake with the tape transfers that slowed down the recording. Although Nico can’t be heard on this particular cut, it’s worth seeking out the rest of the live album to hear some of her devastatingly dark solo material from the period.

Don’t be fooled by the cuddly and approachable facade of the previous two selections – at heart Reed was always a Rock ‘n’ Roll Animal, and this live cut captures him in his mid-70s pomp, transforming the shuffling proto-punk of ‘White Light/White Heat’ into a vaudevillian footstomper a la Ziggy Stardust, with Steve Hunter (later of Alice Cooper’s band) gleefully ripping the song to shreds.

Inspired by the drone experiments of La Monte Young, Metal Machine Music was Reed’s most outlandish statement to date. “In the Velvet Underground, my guitar solos were always feedback solos, so it wasn’t that big of a leap to say I want to do something that’s nothing but guitar feedback, that doesn’t have a steady beat and doesn’t have a key,” he told an interviewer in 2007. The recording process was relatively simple – using two guitars in different tuning, he placed them in front of their amps and allowed the feedback to vibrate the strings, creating a looping, self-playing orchestra of noise that he played along with. Derided by the music press at the time, the maelstrom of untamed feedback he conjured from his double guitar and amp set-up now sounds comfortably listenable, even melodic to the attuned ear, and an obvious forebear to an entire generation of noise artists.

Opening with the fumble of a match and Reed’s perfectly deadpan, “Sorry we were late, but we were just too-ning,” this incendiary version of ‘Sweet Jane’ feels pretty much definitive despite being transmitted from an entirely different dimension to the Velvets’ original. Reed tosses out razor-sharp quips like confetti, picking on audience members and ad libbing lyrics over the fruity saxophone parps and finger-clicking backing singers. “Are you political, Lou? Political about what? Gimme an issue, I’ll give you a tissue, you can wipe my ass with it.” The rest of the album is equally essential.

A bizarre album cut from the disco-tinged, occasionally even jazzy album The Bells, this deep and winding groove is punctuated over and over again by Reed’s ribbeted “disco mystic” lyric. Despite the title, the distinct lack of soulful party vibes prevents this from being considered a proper disco track – think of it instead as troglodyte funk.

A late period highlight from the politically charged, richly lyrical New York album, ‘Romeo Had Juliette’ lays the template for the solid swagger Reed would adopt in final 20 years of live performances. And how’s this for an album opener: “Caught between the twisted stars, the plotted lines, the faulty map that brought Columbus to New York / Betwixt between the East and West he calls on her wearing a leather vest, the earth squeals and shudders to a halt.”

Towards the end of Reed’s final solo album comes this, an 18-minute mystery of crunching feedback that seems to echo the poem-songs of his wife Laurie Anderson. With guitars so deep you can fall into them and languid, melting bass courtesy of Reed regular Fernando Saunders, it’s a simple tale of a bushy-tailed possum, just trying to make it through the world. “Good morning, it’s possum day / Feel like a possum in every way / Like a possum / Possum whiskers, possum face / Possum breath and a possum taste / Ooh, like a possum.”