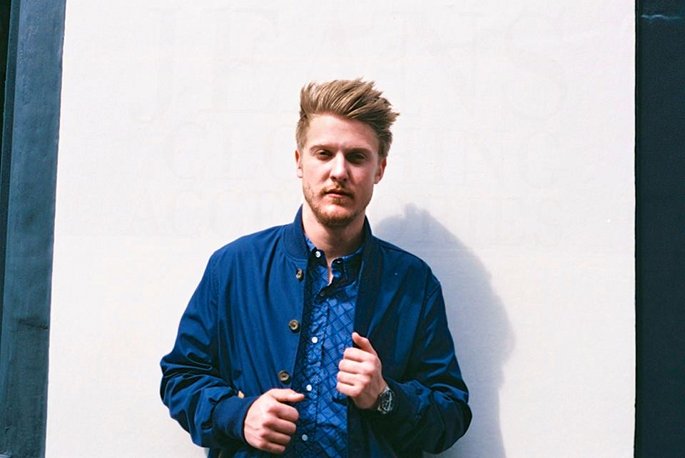 Going on record this week is Thefft: graduate of Fulcrum and Pattern, Against The Clock challenger, and a dab hand at house releases with a sense of swing, bounce and plasticity. The producer also features on Crossing Lines, a forthcoming compilation from the Goldsmiths-affiliated NX Records collective. Thefft describes the album as “very Goldsmiths” – avowedly diverse, but united by a shared sense of purpose, with heavy involvement from the artists at all levels of the project. His pick? Mr Scruff’s rainbow-hued 2002 LP, Trouser Jazz.

Why did you pick the record?

I chose the record because I think, track to track, it really does resonate with me, at least in a musical sense. It’s not really keeping to the regular confines of electronic music – it does have an underlying message of electronic music, but it’s sort of combined with a lot of jazz samples, a bit of funk, a bit of hip-hop, a bit of everything in there, really. I think it keeps you on your toes throughout the whole album.

When did you first hear it?

I’d say just before I left the US to come back to the UK, about four, five years ago. I wasn’t really in tune with a lot of Mr Scruff or Ninja Tune stuff for a while until I discovered this album. And I actually found this album before I found Keep It Unreal. I was listening through to it, and the first tune I heard off it was ‘Come Alive’, which has the vocalist Niko. I just heard that and I think it just resonated with me. Especially how the vocals float over that really squelchy bassline that just sort of sits there and never really changes throughout the whole tune. That’s Mr Scruff, really – his basslines are always just in your face and exactly how he wants them, and his samples and everything. 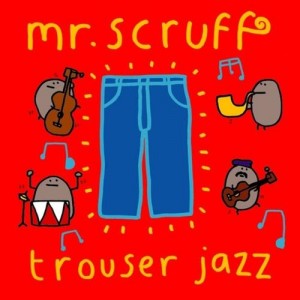 There’s an element of humour to his work – a comic, daft streak…

Yeah, especially with the artwork and everything, and that’s a great motif that I think he’s kept up. You’re right, it does add almost a bit of comic relief to it, even though sometimes his music doesn’t need that comic relief. It does provide another artistic aspect to it, and the sense that it’s doing something different. It’s aiming to be not just electronic music, but also to incorporate hip-soul, funk, and groovy hip-hop, and all that sort of stuff.

“That’s Mr Scruff, really – his basslines are always just in your face and exactly how he wants them.”

It reminds me: I was listening back to Jedi Knights a little while ago, which Mark Pritchard and Tom Middleton activated because they felt there was a sense of play missing in the dance communities they were working in. Do you feel there is a window for more humour in contemporary dance production? Can it sometimes be a bit of an austere place?

I don’t think anyone has really touched on the same sort of humour-esque type stuff that Mr Scruff does, especially with his artwork. I suppose you could look at the animated styles of certain videos – say, ‘Flying Lotus’ ‘Putty Boy Strut’. There is space for it in contemporary electronic music, but it doesn’t seem to be in the house/techno sort of region. It always seems to be in this experimental region where people are interested in going outside of the box, more raw sounding things, like Flying Lotus making that sort of rawer, West Coast hip hop stuff. It’s in there with Mr Scruff: he’s doing this very heavily-sampled, quite rusty-sounding thing – a lot of his synths and his drum patterns and stuff sound quite rusty. I think it’s quite funny, the juxtaposition between that sort of rawness, and sticking this almost comical and cartoony element on top of it. They juxtapose each other, but it tends to work a lot better than if any house artist or contemporary people were doing that sort of stuff with their music, because I think the cartoony stuff does lend itself to the more experimental, more out-there stuff, rather than just this bouncy house sort of style.

You’ve touched on something else there – it’s not just the fact that his drawings are funny, but with his very stylised club nights, and his designs, and the way he disseminates the artwork, he builds this big multimedia aesthetic. As a fan, that’s always much more gratifying. It feels a bit counterintuitive to compare Mr Scruff to Drexciya, but I suppose you could say that they’re both trying to create an immersive experience rather than just a record.

Yeah, and also touching on that, the fact that he did create the little characters that are on most of his releases, the looks-like-he-drew-it-himself sort of style…from a business standpoint, it’s opened him up to all sorts of merchandising things. You have the little mugs that have the cup of tea on it, and I think that’s a brilliant thing that he’s done. He’s kept the raw music – with a lot of emotion and soul and the sampling that traces back to hip-hop and all that sort of stuff – and then he’s been able to take the other side of it artistically and approach it with more business sense. He’s been able to do all the merchandising – everyone knows when they look at one of his little guys playing a drum or playing a cello, like on the cover of the Trouser Jazz album, because he’s stuck on a mug or a T-shirt. Then everyone will be like, “Oh, Mr Scruff! You like Mr Scruff?” It does provide a jumping point other than the music, you know?

Trouser Jazz, and maybe Scruff’s discography as a whole, is something that a lot of current listeners might see as a bit of a guilty pleasure, for a number of different reasons…

I can see the guilty pleasure aspect – ‘Get A Move On’ off Keep It Unreal was on that Volkswagen advert, which brought that to the foreground. But when I first listened to it, I was bit blown away by the fact that I heard these little licks – like, for example, on ‘Come On Grandad’. “Doo-doo-doo, doo-doo-doo”. Those little synth lines that, when you listen to it, it’s almost like, “Where have I heard that before, how do I know that?” That might be because it’s been sampled off a lot of other music, which most of the time is the case. I’m not sure if it’s a guilty pleasure, per se. I just think it’s leaning back towards…a lot of the sampling is just referencing old things and being able to have people key into those licks and little things that come out, and make you immediately think, “Where have I heard that before?” And most of the time it’s probably just because you’ve heard a Mr Scruff song in everyday situations.