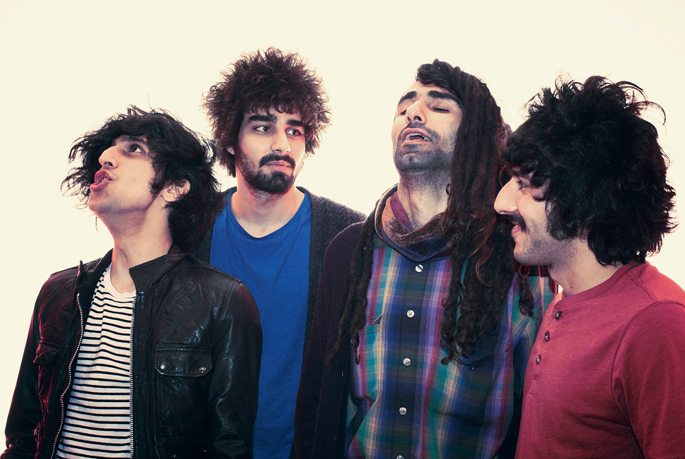 This week brought the terrible news that three members of Iranian indie outfit The Yellow Dogs had been murdered in Brooklyn by an associate of the band. Amidst a fair amount of misinformation and confusion surrounding the case, FACT’s Arron Merat, who has spent much of the last year stationed in Iran, has investigated the reaction to the slayings in the band’s native country.

“I got a call on my way home from work saying that they were dead and then my battery cut out,” says Amir, a friend of the Iran’s most famous rock band, The Yellow Dogs. “I laughed because I thought it was a joke. I didn’t believe it until I saw the news online.”

Brothers Arash and Soroush Farazmand, alongside new band member Ali Eskandarian, were shot dead by Ali Akbar Mohammadi Rafie in Williamsburg, Brooklyn, in the early hours of Monday morning. Days before, Rafie had posted onto Facebook a photograph of an assault rifle, macabrely commenting, “I wonder who I should shoot first! It’s a shame not to use an M-16.”

The band had left the suffocating artistic atmosphere of Iran for the US in 2010. Back in Tehran, many friends of the victims also remember the killer from his days in Tehran’s small and close-knit underground music scene. One says he had had a reputation for “getting out of hand”. Another says he avoided Rafie “because he acted nervous sometimes. I thought that he might have had some mental health problems.”

“Two or three weeks before they left for the US they were talking about it all the time. They were so happy and excited.”

The following day band members Koory Mirz and Siavash Karampour, who were out at the time, tweeted, “Still in shock, we lost 3 of our brothers, Soroush Farazmand, Arash Farazmand and Ali Eskandarian, Rest In Peace.”

“I think it was the American Dream that killed those guys,” Amir told FACT magazine the day after the shooting. “People don’t have the permission to publish their music, so they decide to go to the US thinking it’ll be alright, but they often struggle as there are so many bands there with the same material playing in local pubs.”

Details remain murky, but frustrated ambitions may have played a role in the tragedy. The US police told reporters that the killer had taken revenge after being thrown out the band. But this story contradicts other reports in the US press as well as friends of the band who say Rafie had been kicked out of The Free Keys, another émigré Iranian band closely associated with The Yellow Dogs.

The Islamic Republic bans the performance and release of the vast majority of independent contemporary music, leading many aspiring artists to leave for the West, usually the US and Canada.

The Islamic Republic’s underground arts scene – particularly its indie music scene – remains ever nascent and is rarely exposed to the outside world, with the occasional exception of fine art. The Ministry of Culture and Islamic Guidance, Iran’s largest censorship body, takes a dim view of art perceived as decadent or counterrevolutionary. A good deal of the motivation behind the 1979 Revolution that ended 2000 years of monarchy and installed a clerical government, was to roll back gharbzadegi, or ‘westoxification’, a malevolent cultural inculcation of Iran by European and American social and cultural mores. To many of Iran’s mullahs, rock and roll exemplifies gharbzadegi.

“Music scenes in Iran, like anywhere, are accidental babies,” explains Shervin Sa, a friend of The Yellow Dogs, and former member of the band Matchcuts, who now resides in California. “Underground music in Iran started when musicians felt the need to write something other than traditional folk or soft pop, which had not happened since before the Revolution.”

“I remember the underground gig they organized. There were people dancing, and getting high and drunk, and the sound of punk rock in the air. What made it all better than anything else was that we were doing in the Islamic Republic of Iran!”

Drawing on the post-punk of Public Image Limited and Joy Division, The Yellow Dogs were undoubtedly Iran’s most successful indie-rock band. “They were one of the biggest bands here. Their music was at a higher level than the others. They inspired a lot of people,” recalls Amir. “I remember clearly that two or three weeks before they left for the US they were talking about it all the time. They were so happy and excited.”

“I believe when The Yellow Dogs decided to leave it wasn’t only to do with the intensity of the situation in Iran,” says Shervin. “They also wanted to be part of something better than just a bunch of kids playing music and calling it a scene.”

“They left for the American Dream,” says another friend of the band, who declined to be named. “They never had the chance to play loud here. They had the opportunity so they just grabbed it.”