Lost and Found: edIT’s Crying Over Pros For No Reason 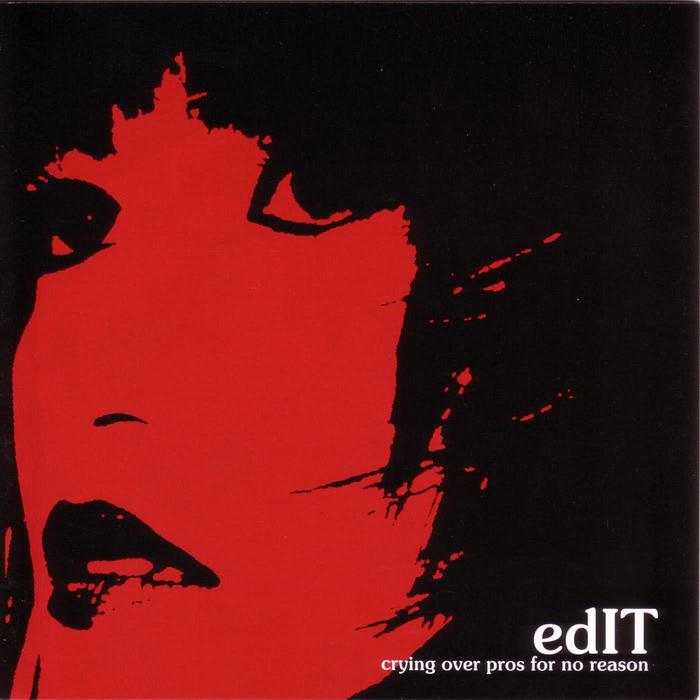 When I discovered the debut album from Los Angeles producer edIT, born Edward Ma, I didn’t quite know what to make of it. I knew I liked it – a lot, in fact, and enough to become obsessed with it. I also knew, without necessarily being able to explain why at first, that it was the future. Crying Over Pros is many things: a debut album, an oddity at the time of release, a blueprint for things to come, and a musical letter to love lost. It’s also, as far as this writer is concerned, a stone-cold classic of modern hip hop. Nearly ten years on, it’s a record I still draw for regularly.

I was introduced to Crying Over Pros For No Reason shortly after its 2004 release on Planet Mu thanks to two close friends who were both excited by the music. This was around the same time I’d discovered Prefuse 73, and the music on edIT’s debut certainly fit the same vibe of “what the f*ck is this?!” that many of us in our close circle were seeking at the time. Hip hop by then had become a strange beast: the underground was mostly boring, sticking largely to backpack small-mindedness, while the mainstream (ironically) offered more excitement, though I wasn’t fully tuned into it. And so I delved further and further into the weirder corners of the music, which is where I found edIT’s debut.

How Ma came to make Crying Over Pros is tied to his origins as an artist. Ma went to USC where he befriended fellow visionary Daedelus and dublab founder Frosty, in the process learning to DJ and make beats. Using the name The Con Artist, he started producing hip hop for local underground MCs and DJing at the Konkrete Jungle parties organised by Daddy Kev and drum’n’bass producer Hive. These experiences settled the twin pillars of Ma’s musical grounding. As he recalled when I spoke to him in 2008, he was by the late ’90s a “hip hop and drum’n’bass purist”. The missing ingredient for his debut, and shift to edIT, was gifted to him by his roommate at the time. “My roommate was into collecting all these weird records by people like Squarepusher, Boards of Canada, Aphex Twin. I’d never even heard of them but I’d always walk past his room and hear the craziest electronic music.” With those three things in hand – hip hop, drum’n’bass and electronic music of the so-called IDM variety – Ma set about writing his debut album.

“Ten years on, it still somehow sounds like the future to me.”

Crying Over Pros is, at its core, a hip hop album, albeit one that had no raps, pushing it into the dreaded instrumental sub-genre. But then it also had little of the sonic qualities of much of the instrumental hip hop that preceded it. It was quite unlike anything else before it, without any obvious scene or genre to belong to. Like other visionary releases of the time from the likes of Prefuse 73 and Dabrye, Crying Over Pros was hip hop if you accepted that hip hop didn’t have to be defined by its twin poles of mainstream and underground, or by the standard aesthetics most people pulled from. edIT sought UK label Planet Mu because he was a fan of their output but also because he understood – consciously or not – that such an unconventional album needed an unconventional home. Despite having interest from another, US-based label, the album ended up on Planet Mu after Mike Paradinas got in touch to say how much he liked it. Speaking to Paradinas recently about the release, he recounted how Ma’s vision struck a chord with him and how he also saw the album as hip hop, albeit with a twist.

Aside from the origin stories and context, what is it that made Crying Over Pros such a groundbreaking, and important, album? Well, if I was to try and summarise it in one sentence, I’d say it’s the fusion of organic and digital, and how this fusion was shaped sonically to achieve a sound that is much more than the sum of its parts. That sound unfortunately came to be defined by its most obvious sonic trait, glitch, thus ghettoising the album into various bullshit niche genres instead of letting it be understood on its own terms. According to Paradinas, the album sold poorly in the US and fared better in Europe, but didn’t really take off until years later and is now a strong part of the Mu back catalogue. It was, basically, ahead of its time.

The music’s organic quality is found primarily in the melodies (gentle guitars and keys that are littered throughout the tracks), the found sounds (smoking, talking and shuffling among others) and, above all, the drums, which rhythmically take their cue from earlier The Con Artist material. The digital quality is found in the sonic processing these different parts are subjected to. Rhythms and melodies are processed and twisted beyond recognition, subjected to a series of processes and effects that fragment them into shards of their former selves. The only thing left (almost) untouched is the low end, crafted to be loud but warm, at times almost all enveloping. Granted, none of this was arguably new at the time, but it’s the way in which Ma made sense of it all – hip hop’s organic qualities, IDM’s digital mindfucking and drum’n’bass’ low-end – that sets Crying Over Pros apart. Unlike so much of the experimental electronic music it so clearly referenced, it was instantly accessible thanks to the easy grooves of hip hop it used to anchor itself. While your brain tried to figure out what the hell was happening to the sounds you were hearing, your head was nodding, and your feet were tapping. It combined mental and physical pleasure.

While the album’s stylistic cues are important in helping to understand its place in the modern hip hop canon, as well as why it sounds the way it does, there’s a more personal element to Crying Over Pros that fully completes it and makes it the powerful piece of work it is. The album drew as much from Ma’s fascination with the music he’d encountered and been a part of as it did from his own emotions and personal path to this point. “It’s about all the [women] that could’ve been, all the ones that’ll never be and all the ones that got away. And I think everyone has experienced that feeling before.” Even the title is a reference to this, albeit a slightly blurred one, as Ma decided to replace a certain derogatory slang term for women with ‘pros’ in order to not be too obvious or disrespectful. Crying Over Pros is therefore a record about that perennial source of inspiration for art: loss and heartbreak. And it’s this last ingredient that gives it a timeless quality.

The album is composed of ten tracks and runs under 45 minutes. It’s short and to the point. It doesn’t linger on or indulge in experimental noodling for the sake of it. While there isn’t a lot of variation between all the tracks, most of them follow similar structures and rely on similar ideas, approaches and treatments, the sequencing makes the most of this shortcoming and adds coherence to the listening experience. There are some standout cuts – ‘Ashtray’, ‘Laundry’ and ‘Dex’ – yet I find myself hard pressed to say if any of it is better or worse than the rest. Crying Over Pros needs to be listened to, understood and most importantly felt as a whole. It’s an album you put on and smoke cigarettes to while contemplating your life. It’s an album I put on because, after nearly ten years, it still gives me goosebumps and makes me feel something that ultimately even words can’t quite explain.

“It’s an album you put on and smoke cigarettes to while contemplating your life.”

The legacy of Crying Over Pros is twofold. Firstly, there are the sonics. The music’s glitchy quality, which unfortunately came to define it due to the inherent mental laziness of our species, certainly provided one obvious blueprint for what would follow in the rest of the decade. The sounds that Ma squeezed out of the music on his debut would soon become easier to achieve thanks to increasingly rapid technological evolution, and in turn they became lazy signifiers rather than powerful sonic building blocks.

Then there is the fact that Crying Over Pros remains a blueprint, one of many from the same era, of how hip hop would come to re-embrace its electronic roots. With the benefit of hindsight, it’s little wonder that Ma would join the ranks of people like Prefuse and Dabrye in predicting the future of hip hop. They all had a love for the music and culture, but also had roots and interests in dance music and experimental electronic music. Ultimately, hip hop has always been electronic music, not least because of the machines used to make it. Somewhere along the way, we, as a collective, came to separate the two, and Crying Over Pros is part of a body of work from artists around the world that, over the course of more than a decade, has helped to bring them back together – exactly where, one could argue, they always belonged. As it happens, a few years after this release Ma would end up in Low End Theory’s original resident line up, rejoining his old partner in crime Daddy Kev and helping to herald the next evolution of the Los Angeles hip hop underground that has had a firm hand in this shift.

Ultimately, Crying Over Pros‘ most important achievement is its lasting quality, and how its sonic makeup has continued to stand head and shoulders above the thousands of copycats it spawned. Ten years on, it still somehow sounds like the future to me. But I actually live in the future now – and so the music is less visionary and more fitting to the current times. I wonder if that’ll still be the case in ten years.