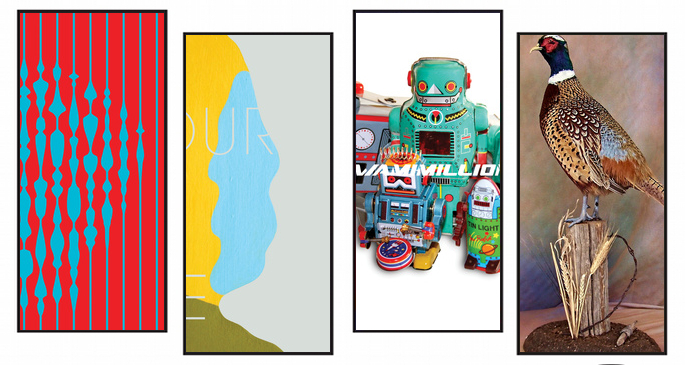 Yup, it’s the end-of-year-list season – cue insanity comparable to the Black Friday scrum or the European launch of the PS4. At least with the internet you don’t run the risk of being crushed to death while attempting to purchase something.

Over the next pages, I’ve chosen 20 of my favourite Bandcamp releases and/or pages. Most of these are from 2013, though some are a little older; some I didn’t get a chance to feature before despite being worthy; and there are a few that double up as this month’s selection, having just been released. The column’s only been running for about eight months, and the idea was always to showcase the myriad sonic wonders hidden inside Bandcamp’s growing ecosystem rather than simply focus on the latest releases (something Bandcamp now does rather well with its own weekly radio show). There is no specific order, and I’ve added a few lines of explanation for my choices.

Bandcamp has definitely come into its own this year thanks to various updates to its system, one of the many reasons we decided to start a monthly column focusing on it. It’ll certainly be interesting to see how it continues to fare in the coming years. As artists and the industry continue to grapple with what the future of music production and consumption might look like, I certainly stand by my earlier claims that Bandcamp is providing one of the most essential and intelligent solutions to the conundrum we’re all faced with.

MORDY LAYE AND THE GROUP MODULAR
The Mystery of Mordy Laye

Mysterious psych-rock funk seemingly lost to us all and now brought to life in gloriously dusty style.

2013 was the year Kutmah finally launched his own label, IZWID. Their second release is a collection of lost tracks from Los Angeles vocalist, producer and poet Seven Davis Jr. The little known artist was first spotted on Kutmah’s Brownswood compilation, and here he takes full flight across eight cuts of trippy electronic soul, somewhere between the sleazy space funk of SA-RA and the twisted head-nod of hip hop’s new beats.

It’s funny to think that most of these tracks were written years ago, but denied any attention by various labels and artists. Like all good art, though, it’s aged well. Features killer artwork by Kutmah and handprinted jackets by HIT+RUN.

Detroit producer and MC Black Milk has had a pretty good year. Of the two full-length releases he put out, I’ve chosen the Computer Ugly project, because it’s so goddam funky.

STICK IN THE WHEEL
EP1

Folk side project of EAN, formerly of Various Production, featuring Rachel and Nick on vocals. The (real) sound of a London that is fast disappearing. Look out for a new EP in the new year.

EL MADHY JR
The Spirit of Fucked Up Places

The sound of hallucinations filtered through modern music practices and century-old musical traditions.

Beautiful nuggets of experimental music from Brazil – strong selection, and a clear desire to showcase the country’s unknown talent.

It’s been a good year for GB, with four releases (including an album) of experimental music and tough, bodily dancefloor jams with an analogue fetish.

Available as digital and physical.

And then we have the otherworldly funk of Mo Kolours, who completed his debut EP trilogy earlier this year with Tusk Dance, further affirming himself as one of London’s most interesting artists. 2014 best have Mo Kolours… (*grabs coat*)

Everything these guys do is gold. Modern music archeology of the finest order.

Available as digital and limited edition 10” and bundle.

One of the most ridiculously slept-on producers in hip hop. The remix compilation we featured a few months back is no longer available, unfortunately.

LV broke hip hop. Don’t say anything though, I quite like it.

Onra and Buddy Sativa’s jazz project for Dublin’s All City. Old to the new vibes with some beautiful instrumentation. To be fair, the entire All City bandcamp is worth your time, hardest working.

Available as digital and 12” vinyl.

One half of El-P’s live band, featuring contributions from the man himself. Sexy time music for grown ups.

If you find an artist whose music is more original than this in 2013, I’ll eat my word processor.

MELT YOURSELF DOWN
Melt Yourself Down

African music gone to space and back. Pack a towel, it’ll get sweaty.

Available as digital, vinyl and bundles.

Most fantastically bugged out rap album you’ll hear all year.

Bullion’s label. Weird and wonderful. What else do you need?

As you know if you’ve been following this column, every month I try and pick a release based only on a random tag search. This demo is my favourite tag-based discovery of the year.