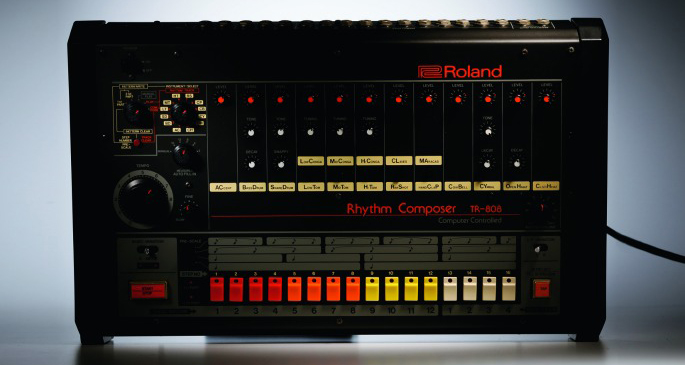 Introduced in 1980 by Japanese electronics manufacturer Roland, the TR-808 Rhythm Composer was, in some ways, doomed to fail from the very beginning.

By the time it hit the shelves, the early machine was in direct competition with Roger Linn’s far superior LM-1 Drum Computer, a drum machine which actually sounded pretty comparable to real drums. Roland’s TR-808 sounded thin and electronic by comparison, and at this time there simply wasn’t an appreciation for electronic music in the wider mainstream.

While Roland’s box was reasonably priced (a modest $1,195 to the LM-1’s spendy $4,495), the machine was discontinued in 1983 thanks to poor sales and a reputation for sounding, well, weird. And it did sound weird – the collection of sounds were full analogue, made up of synth tones and white noise, and sounded more akin to bursts coming from the BBC Radiophonic Workshop than they did a proper rhythm section, a point that slowly managed to help the machine achieve cult status.

While there were a few smart early adopters, it took the machine’s supposed uselessness to give it a new lease of life. By the time it was discontinued the unloved Roland Rhythm Composer was a regular fixture in junk shops and pawn shops, and was easy to pick up for under $100. This made it rather attractive to a new wave of producers who had no interest in making their drums sound realistic or slick, and the machine had suddenly found itself at the center of a new wave of electronic music.

The humble 808 was the focal point of electro, hip-hop and later techno, and its booming kick drum and tight, snappy snares became as commonly heard as the real thing, and certainly more ubiquitous than the once-rival LM-1. While its use has gone through peaks and troughs in the last 30-odd years, the sound is never more relevant than it is today, so it’s hardly surprising that Roland have announced plans for a new “updated” model. Whether or not that actually turns out to be a good idea, we can only speculate, but in the meantime we’ve put together a short guide to the legendary drum machine’s influence throughout the last three decades. 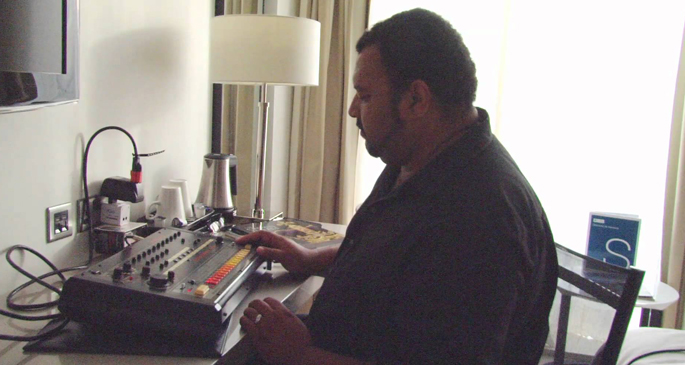 Producers on the Roland TR-808.

Since Ryuichi Sakamoto and his Yellow Magic Orchestra took the TR-808 by the horns back in 1980, plenty of producers have been happy to extoll the machine’s virtues and let the world know what a surprisingly brilliant bit of kit it actually turned out to be.

It’s easy to say this after the fact, however; Kraftwerk’s Karl Bartos had a feeling that the machine would pick up steam after fiddling with a pre-production model in the early ’80s. Speaking to Future Music, he said “There were two 16-step sequencers with little switches, with one row all kick drum, that we had on stage with us on the 1981 tour. It was predictable then how music would become a technological process but John Cage wrote ‘Credo’ in the 1940s so he really predicted it.”

Bartos inadvertently helped influence another of the machine’s champions, electro legend Egyptian Lover, who, in an interview with HipHopGods, explained that the band (and the machine) was crucial to his artistic genesis. “It all started when I heard Kraftwerk’s song ‘Numbers’ and then I heard ‘Planet Rock’ by Afrika Bambaataa. That is when I really got into that style. I just had to make a song like this, it’s all I thought about for a whole year until I bought a Roland TR-808 drum machine and started programming it like a mad man.” Last year, the Lover showed FACT TV how to build a beat on the machine.

Juan Atkins, who was responsible for breakout techno anthem ‘Clear’ (along with Richard Davis) nattily used the drum machine not only in their productions, but as a DJ tool. Atkins was part of a duo with fellow innovator Derrick May called Deep Space, and while their rivals were equipped with expensive direct drive turntables, Atkins revealed in 1988 that the two producers used their 808 to give them the edge: “We unveiled our secret weapon, which was that we’d brought a Roland 808 to the party to play live rhythm tracks between the records.”

Techno mainstay Carl Craig maybe said it best when he told Dummy Magazine “The most timeless drum machine is the 808. It’s a synth and can always be manipulated, whether with filter or delay or whatever, it can sound like an 808 but you can freak it out a lot more.” 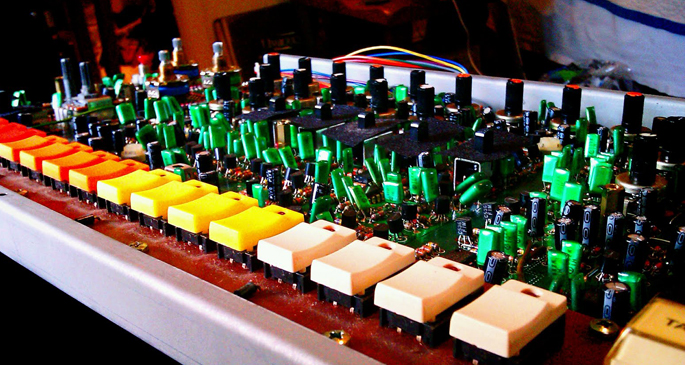 With any piece of analogue gear it can be difficult to figure out exactly what’s so special about it, and what’s simply the misinformed whispers of people who have never even come close to the real thing. It can be hard to understand why, for instance, it would be worth getting hold of an actual 808 rather than just using the litany of free samples that are available within seconds of Googling and have achieved widespread use in recent years, especially in modern trap music.

While the roots of that genre are in the Southern soundsystem producers that certainly used the real thing, any cursory inspection of a track from Lex Luger or the 808 Mafia would reveal that it’s FL Studio that lies at the center of their sound, not a pre-MIDI drum machine. For starters, the TR-808 can only be programmed in 16 steps, so kiss goodbye to those chattering hi-hat rolls that have pretty much come to define the genre.

Despite the overwhelming use of the samples, it’s still refreshing to hear the real thing, and what we have come to recognize as an 808 isn’t always what you get when you plug one in. Being analogue, it is very rare that two models sound exactly the same – even the temperature of the room you’re producing in can have an impact on the sound. Whether it’s the decay of the booming kick or the pitch, each machine has its specific quirks, something that aficionados quite rightly treasure, and adds a character that simply can’t be reproduced authentically.

Noted production genius and the brains behind Ableton’s almost-as-ubiquitous Live software Robert Henke (aka Monolake) marveled over the machine’s innards in an interview with The Wire, “The TR-808 is a piece of art. It’s engineering art, it’s so beautifully made. If you have an idea of what is going on in the inside, and if you look at the circuit diagram, and you see how the unknown Roland engineer made the best out of super limited technology, it’s unbelievable. You look at the circuit diagram like you look at an orchestral score: you think, how on earth did they come up with this idea? It’s not very complicated technically, it’s just extremely well executed… you look at the circuit diagram and it radiates elegance. It’s brilliant. It’s a masterpiece.”

The TR-808 wasn’t even only used for its selection of space-age electronic sounds – early adopter and hip-hop production legend Marley Marl revealed in an NPR interview that he actually used the machine to trigger external samples, accidentally leading to the style that would almost eliminate the 808 from New York hip hop production entirely. “The whole ‘Bridge’ — my song I made with MC Shan — all that was trigger music, triggering samples from a 808 with separate samplers around the room,” he explained. “The pulse from the 808 would go into my sampler and make it react.”

Throbbing Gristle’s Chris Carter penned a handy guide to the 808’s unique set of sounds for Sound on Sound in 1997, noting that the drum machine was “one of the most inspiring instruments” he’d ever purchased. Check it out below.

TOMS: Totally unrealistic, but a great sound, almost a bass drum when tuned low down.

CONGAS: Pitched too high but can sound great when the tuning is swept up and down.

HANDCLAP: Pretty convincing, and later used on the TR909.

COWBELL: The weirdest cowbell ever and probably the most notorious 808 sound of all — totally unique. 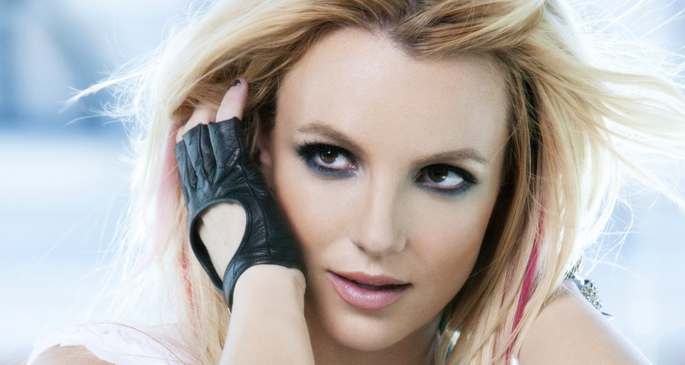 The TR-808 in popular culture.

Over the last three decades, the 808 has made a surprising dent in popular culture, not just in the music itself but as a smart reference that (almost) everyone understands. When you hear someone say 808 it’s usually obvious what they’re talking about (as one bright YouTube commenter notes “808 means bass”), and the term is now commonplace in a plethora of genres. Bands have been named after it (Manc techno spods 808 State and rap production outfit 808 Mafia to name two) and Kanye West used the machine as the title of his 2008 album 808s & Heartbreak, despite revealing that he thought the machine itself was a “piece of shit” later on (he actually ended up using the later TR-909).

One obvious early reference was in New York rap outfit Boogie Down Productions’ unfuckwithable 1987 breakout ‘South Bronx’, which famously referred to human beatbox D-Nice by his appropriate nickname – “TR-808.” After taking its place at the center of the Miami bass sound throughout the ’80s, the 808 lost its footing in New York thanks in part to the availability of samplers, but that early sound still managed to inhabit a warm spot in the hearts of some fans. The Beastie Boys used the TR-808 on a large amount of their Ill Communication album, and dropped a slick reference on 1998’s ‘Super Disco Breakin’ with the unforgettable line “Nothing sounds quite like an 8-0-8.”

It wasn’t nostalgia that helped the 808 achieve its place in the mainstream, however: it was the fact that despite New York giving the sound the brush off, Southern rap producers never fell out of love with it. The soundsystem-killing 808 boom was a crucial staple of the Southern rap sound throughout the 90s (just listen to Three 6 Mafia if you need proof), a fact that’s acknowledged by Louisiana’s Lil Wayne on ‘Nymphos’, when he spits “Make the control room boom like an 808.” Even long before this, Oukast’s Big Boi dropped the lines “But I know y’all wanted that 808/Can you feel that B-A-S-S bass?” on 2003’s ‘Way You Move’.

Always late to the party, pop music has muscled in on the action in recent years, and while Kelis can at least claim hip-hop provenance with her nod on 2006 single ‘Bossy’ (“I’m back with an 808 ’cause I’m bossy”) the mainstream references have been coming thick and fast, from Robbie Williams on 2006’s ‘Rudebox’ (“And dial 808 for the bass to drop”) to Madonna on 2011’s ‘Girl Gone Wild’ (“When I hear them 808 drums/It’s got me singing”). The familiar thud of the 808 kick has become an alarmingly common metaphor for the heartbeat, popping up in Billboard-cracking songs from Rihanna (“You hear that 808, the drum/That’s my heartbeat, I’m going numb” from ‘Emergency Room’), Ke$ha (“Do I make your heart beat like an 808 drum” from ‘Your Love is my Drug’), Britney Spears (“you got my heart beating like an 808” from ‘Break the Ice’) and even Macklemore and Ryan Lewis (“Go hard like I got an 808 in my heartbeat” from ‘Can’t Hold Us’).

Even past this widespread usage in chart pop, the colorful box has been transformed into a gigantic beanbag, a tiny flash drive and one bright spark has even made his own man-sized version that replaces the original sounds with real drums. Somehow, we reckon that might be missing the point.