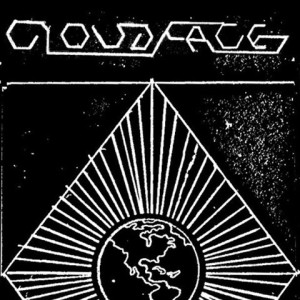 Tight-knit local scene ascends from humble beginnings to take over the world: it’s the sort of story we’ve been told doesn’t exist in the internet era. But Mood Hut – a nebulous collective centred around a shared studio space in Vancouver – appear to be making a good fist of it.

Over the past year it seems like a promising new Mood Hut artist has cropped up every other month. Aquarian Foundation, the Pender Street Steppers, Hashman Deejay, Local Artist – each has presented their own idiosyncratic take on house and techno, heavy on the tape crunch and hardware errata. Of course, that description could apply to any number of young producers in 2014, and releases on Anthony Naples’ Proibito imprint (Local Artist) and DC’s Future Times (various) make it clear that the Mood Hut sound doesn’t exist in a vacuum. But there’s a singular quality to it all the same, a loose, dreamy vibe that gives these records a distinctive charm.

Few releases have encapsulated this more effectively than Cloudface’s Devonian Garden, whose gorgeous anaesthetised melodies inaugurated Mood Hut’s own vinyl label last summer. We have yet to hear a followup from David Reynolds; this eight-track release is actually that EP’s predecessor, a cassette from 2012 being pressed to vinyl for the first time by London’s Going Good. As the accompanying press material explains, Wyre Drive is united not by style so much as by process – one involving, surprise surprise, lots of hardware and probably a tape deck of some sort. Sometimes things get just a little too loose: the grotty weals of tape distortion limning ‘Babak’s House’, for example, almost obscure the luminous beauty of its chords (themselves reminiscent of fellow Going Good signee Moon B). But otherwise the producer adeptly uses his tools as a conduit for a number of different styles.

‘Meadow Like’ and the beatless ‘Raskolnikov’ follow the meditative synth-loop logic of Cluster, while lulling closer ‘612’ is even more laid back. In all three the winsome Mood Hut vibe is retained, even if the drum machine framework isn’t. Elsewhere, Reynolds goes for something darker. The baleful acid trudge of ‘Secret Sister’ is leavened by his trademark ice-floe synth lines, but ‘Better Deafened’ and ‘Kenyon Way Acid’ offer no such respite; they could almost be fossils from some Belgian warehouse rave were it not for their sluggish tempo. These moments are a tad weaker – fragile beauty, not ugliness, is where Reynolds’ strengths lie. Still, while there are undoubtedly bigger things to come from him – and the rest of the Mood Hut gang – Wyre Drive is an excellent place to start.