Little Things Like That: 15 reasons we should be hailing Untold 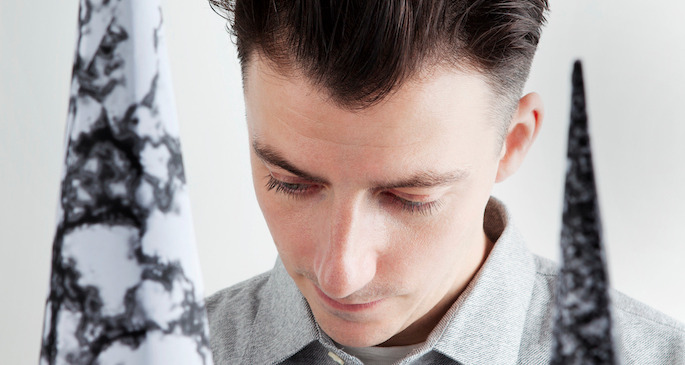 It’s strange how some musicians seem to operate that little bit more under the radar than others.

With Untold’s stunning album dropping imminently, and his interview with Angus Finlayson reminding us what an uncommonly articulate and perceptive dude he is, it got the FACT writers to talking about everything he’s achieved and why he doesn’t have the profile of some of his peers. The fact is, Jack Dunning has been responsible for jaw-dropping musical moment after jaw-dropping musical moment in barely over five years, he traverses scenes and sounds more deftly than most, his Hemlock label (and more recently the similarly poisonous flora-named Pennyroyal) has been practically faultless – yet somehow he doesn’t seem to generate the hype of peers and comrades like the Hessle, Hyperdub or Night Slugs crews.

This is the guy who nurtured James Blake and brought him to the world, who brought a FACT party to a standstill with Blake’s remix of his own ‘Stop What You’re Doing’, but supported him wholeheartedly in moving to a major label when it became clear that Blake’s vocal tracks were capable of reaching much wider audiences. Both Blake and Pearson Sound (Ramadanman as was) are on record as citing him as an inspiration in going beyond the confines of genre, and this is completely obvious if you compare the six-track Ramadanman EP from 2010 with the barking mad ‘Anaconda’ by Untold on Hessle the year before.

‘Ananconda’ in particular showed Dunning way ahead of the curve in exploring the possibilities of using grime as the starting place for experimental dance music without ever gentrifying or bowdlerising it. “Post-dubstep” always seemed such a rotten term, and was so often sneeringly used to suggest that the music had no identity, had become diffuse or diluted – but when you listen to the genre-free explorations of that period of Hemlock and Hessle, it’s a reminder of what an exciting time it was. His diversion into raw, rusty techno sounds in 2012’s ‘Change in a Dynamic Environment’ series of EPs might have seemed like a little of a conservative step in comparison, but he did it with brio and stormed the techno world to boot – and the emergence of Black Light Spiral shows he certainly didn’t get locked into that particular groove.

With some, stylistic choices can be a mystifying thing, but thanks to Dunning’s smart and modest lucidity, we do know precisely why he has facility with such varying sounds. As he said to Angus, a he doesn’t worry about whether a four-four kick makes a track techno or not, because “it’s just a technique to use” – and more crucially, technique and genre are completely subsumed to the fact that “I just want to create a crazy atmosphere” with audiences. Or, as he tweeted back on new year’s day, 2010: “Time to stop dicking about and write some proper fearless rave music”. Why he isn’t more hyped is a mystery, but that resolution has served him well, and here are 15 examples of his, and his labels’, proper fearless rave music.

Showing Dunning’s talent for uncannily funny titles – which is continued on the new album with ‘5 Wheels’, ‘Wet Wool’ and ‘Hobthrush’ – early on, as well as his talent for suspense. This is probably the closest to a dubstep track that he’s made, but its wobbles are so skittery and hyperactive, and the sounds that zip in and out so disconcerting, that its less “eyes down” than “eyes darting from side to side”.

The nay-sayers who saw “post-dubstep” as deteriorating into some kind of overworked neo-IDM clearly never experienced tracks like this on a dancefloor. Blast this out of a big system and it’s a seething environment, a jungle of sound, a proper mind-melting body-trip – strictly, as the rave MCs used to say, for the headstrong.

Untold at his sauciest, that tick-tock intro beckoning you into some fundamentally naughty – but perfectly controlled – undulations.

Aw c’mon, you don’t need telling about this do you?

Some tracks just radiate sweaty heat. You can practically see the steam coming off this one.

Even now, this track can make you laugh out loud at how completely preposterous every sound in this is.  Especially when it has a minor asthma attack at 1’17”.

It’s UK funky with an Arabic wasp singing on it. What more do you need?

Again, far from being a polite take on dance music, this is hugely audacious in how much it does with how little.

Is it totally uncool to call this “gothic acid trap”? Because that’s what it is. Whatever – it’s a perfect illustration of the force of Hemlock’s personality as a label that though Girl Unit didn’t alter his schtick for this remix, it sounds “Hemlock” as much as it does “Night Slugs”.

In which Dunning casually steps into the techno world right at the very top. Like all the very best music of repetition, just when you think nothing’s happening, it happens. And then it’s got you.

Well for fuck’s sake. Less “fearless” than “terror-inducing” given that satanic squeal, but still brilliant.

Really you could pick any track off any of Rohan Walder’s three Hemlock releases – they all bang hard. Of all the people making house music these days, he probably brings it closest to the ideal of “proper fearless rave music”.

Even when he’s doing seemingly conventional dance music, it picks you up and takes you somewhere that’s anything but.

The world will never tire of psychedelic merry-go-round music. This should be used in anti-drugs adverts to scare the kids straight.