Save the Planet, Kill Yourself: remembering Electroclash 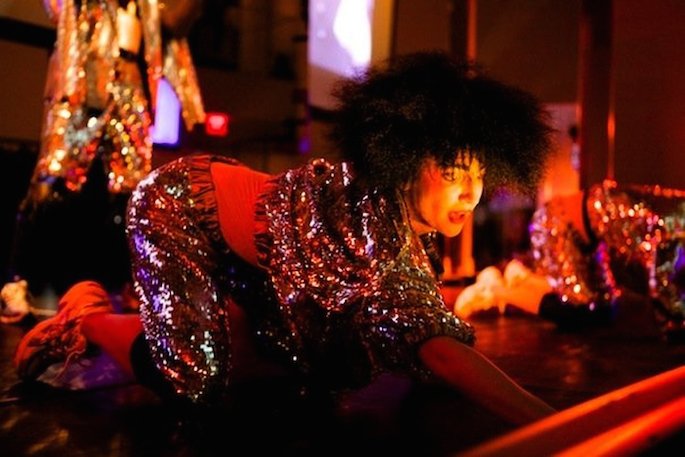 By the late 90s, the culture that had built around the acid house boom had begun disappearing up its own nose in earnest, and superstar DJ culture had become truly gruesome to behold. Of course great music was still being made, and UK garage flew the flag high for proper innovative party music, but elsewhere the mainstream was dominated by the creative vacuums of prog house, trance and big beat and the scene was dominated by egos, helicopters, coke and pomposity. Something had to give.

When it did, it was gross and spectacular; it’s all documented in the brilliant Superstar DJs Here We Go! by Dom Phillips – a book that should be on the national curriculum – and looking back it seems obvious how necessary electroclash was. Just as punk had provided a cheap, transgressive, exciting and accessible route to the heart of rock’n’roll as an antidote to a rock establishment that had become remote from its roots and its constituency, so electroclash gave the finger to the established values and egos of time and burst in a riotous flash of colour and polysexual sauciness into the middle of the dance scene.

It was firstly a slap in the face with a dayglo kipper to the complacent, and then later the perfect soundtrack to the decline and fall of the Roman empire as that it became clear just how erroneous that complacency really was. It was the sound of the barbarians at the gates, a gloriously queer (in all senses) cavalcade of punks young and old, ravers, fashion folk, DiY kids and nutters, none of whom gave a two thirds of a tinker’s toss what about Judge Jules or Danny Rampling. At its worst it was pretty shoddy, a bunch of 80s retreads with zero production values for people to ponce about showing off their silly outfits – though even that shoddiness was part of the provocation of the whole thing – but at best the energy was incredible, the anything-goes DJ sets a blessed relief from genre-specific plod, and the parties welcoming to anyone as long as you were willing to get righteously trashed and make a display of yourself.

While not exactly deep into the scene, I reaped the benefits at the time: I was DJing regularly at Sean McLuskey’s Sonic Mook Experiment and Disastronaut’s Slack Sabbath nights, which attracted a diverse and frequently electroclash-y crowd – and the sense that you could play raw punky noise, shameless pop and weird techno together was hugely liberating and on a good night unbelievably fun. Getting people flinging each other round a dancefloor and copping off in a corner to Soft Cell immediately followed by LFO then Atari Teenage Riot is definitely one of life’s great pleasures. But the best party by far that I experienced was Nag Nag Nag, a place where you could see Boy George falling over on the dancefloor, next to a bunch of 17 year olds from Hastings who’d made all their own outfits and made a religious pilgrimate to the club, next to a brace of supermodels. It was ridiculous, raucous and very refreshing.

Like all good parties it had to come to an end, and its crowds dissipated, into more formularised Ed Banger electro, into the more indie kid-centric nu rave, back to more specifically gay clubs and so forth. But its legacy was strong, and remains with us now. There’s a strong case to be made that some of our more off-centre pop acts, from La Roux to Lady Gaga to Little Dragon to FKA Twigs have the electroclash gene – indeed, Gaga’s explosion-in-a-pervert’s-dressing-up-box schtick and glowering deadpan is ‘clash through and through.

“The irreverence, the trashiness, the perviness, the ridicule-is-nothing-to-be-scared-of DiY showiness… are still bubbling under in all kinds of unlikely places.”

Some of those odd turn-of-the-decade internet cults like witch house and (oh god I hate typing this) #seapunk – which essentially did to 90s rave / electronica what electroclash did to 80s electropop / new wave – ran with its pisstakey drugginess and home-made qualities, and you can even see some of its unique combination of archness and industrial-edged rawness in a lot of Blackest Ever Black and PAN releases. DJs like Ivan Smagghe, Optimo, Dave Clarke, Trevor Jackson and more carried its darker, more industrial-edged DNA forward. Dammit, even Nina Kraviz, with her deadpan intonations over chilly electro beats, isn’t a million miles from Miss Kittin. And less tangentially, the man who invented the word “electroclash” itself, Larry Tee is back! Back! BACK!!, featuring on last year’s basically pretty brilliant Super Electric Party Machine album, which with its combination of ballroom house, rowdy 808s and filthy trash-talking vocals was pretty much neo-electroclash incarnate.

Whether any of this amounts to the seeds of a revival in any way is highly dubious, although of course what goes around does pretty inevitably tend to come around in club music. What’s much more important is that all of these elements – the irreverence, the trashiness, the perviness, the ridicule-is-nothing-to-be-scared-of DiY showiness, the utter lack of respect for up-itself DJ culture – are still bubbling under in all kinds of unlikely places. And as DJ culture, thanks to our American cousins, moves ever closer to a whole new last-days-of-Rome scenario, let’s remember why we needed electroclash so much, and why it’s still a huge dirty heap of fun.

Nostalgic? Turn over to hear the tracks that defined electroclash. 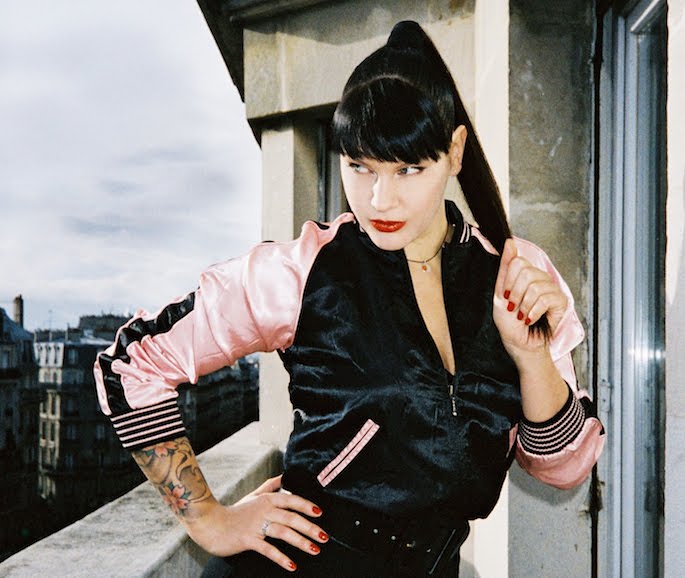 Lots of people reckon electroclash started with I-F’s ‘Space Invaders are Smoking Grass’, but amazing as it is, I’d call this tune just as important, not least because it marked the turning point for DJ Hell’s International Deejay Gigolos from serious techno label into THE home of electroclash.

Founder of The Church of Euthenasia. Brilliant early injection of the rude, wrong, nasty humour delivered fully deadpan that was a trademark of the period.

Over on the fringes, Alec Empire’s Digital Hardcore empire took the electro-punk thing to every extreme possible. Patric C made the most obviously electro tunes with his chip tune lunacy, Atari Teenage Riot and particularly Lolita Storm went down really well to electroclash dancefloors once they’d really got going, but I took even greater pleasure in playing the no-fi lunacy of Cobra Killer to brain-bent people.

Stooges cover by rude Austrians. Slow and dirty. Didn’t leave my record bag for the next five years.

The apotheosis of electroclash deadpanning, Adult.’s biggest track was ‘Hand to Phone’ but they had a bunch of others that still sound super crisp.

Weirdly funky, as you’d probably expect from a protegé of Trevor Jackson.

Richard X’s bootlegs of modern tunes over electro and new wave were hammered by every electroclash and related DJ, and of course led to Sugababes brilliantly taking on his Numanised ‘Freak Like Me’. “Mashups” quickly and deservedly got a very bad name, but this still sounds very fine.

Really high end electroclash… all of Ghostly International’s Disco Nouveau series of 12”s were packed with decadent, spooky Italo-influenced gems but this was the best of all.

The one odd thing about electroclash was that for a style that specialised in vocals, it rarely threw up really amazing songs as such. This is the exception.

Another of electroclash’s great benefits to music was its putting back into circulation of a ton of post-punk / new wave gems: Cabaret Voltaire, ‘White Horse’, and this tribute to Quentin Crisp (no Sting, thank Christ), which was also released again a year earlier re-edited by Joakim for his Tigersushi label, which is probably the best new version but sadly not on YouTube. However, the 2003 Gigolo 12″ is damned good too.

All the nasty attitude you could want, and a little bit more.

‘Freak’ was the track that got hammered at electroclashy nights, but large chunks of the incredible ‘Sheath’ album showed Mark Bell re-invigorated by the “there’s a drum machine, there’s a riff, now form a band” punkiness of the period. This bangs.

Trash-rock turned trash-techno. Made by the Nag Nag Nag DJs, and as far as I can tell only ever released on a giveaway compilation CD, this Mudhoney song is the perfect song to cover to get over electroclash attitude.

Even house heads weren’t immune. Does what it says on the tin.

The DJs from Duckie, still one of London’s very best gay club nights, formed a band too. Two fearsome drag queens, two burly skinheads and some extremely aggro pop. This also came in an even tougher Atomizer mix, sadly not on YouTube.

Produced by the demigod that is Maurice Fulton for his wife Mu, this is very obviously the best madwoman having meltdown over a drum machine and chicken noises of the 21st century so far.

A highlight of Larry Tee’s Electroclash compilations, this is kind of electroclash in its purest form, and the 80s picture is amazing right?

That’ll probably be the drugs.