Who matters most now – the label or the artist? 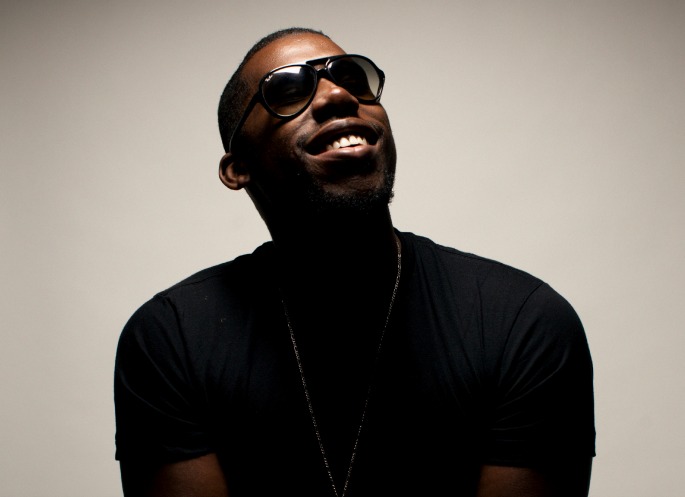 I don’t know that I ever made a conscious decision to differentiate between being a fan of a label or an artist.

During my teens I only remember paying attention to artists, even if I had a vague idea of what a label was. As I became more obsessed with music in my late teens I began to better understand what a label was and consciously choose to follow the output of a specific label regardless of the artists involved. It’s hard to pinpoint a precise assumption behind that decision, though being young and passionate, and having time to waste, certainly helped. I wanted more. Labels were a gateway to more music in a way artists couldn’t be. I’d quickly learnt that artists ebbed and flowed as their careers progressed. A good album, or two, was no guarantee an artist would continue to deliver. A label on the other hand could be a more regular source of artistic satisfaction and pleasure.

Early last year, while on a visit to L.A., a friend of mine who runs a fairly successful indie label put it to me that it is artists who matter more than labels in today’s landscape. The artist carries most weight in terms of attracting and retaining fans, and with the changes in music consumption and sharing, people want to follow individuals, rather than a label as they’d done before.

The idea took me by surprise, not least because it took a shot at my inner label nerd, but internal dissensions aside, I knew he had a point. The brutal reality is that labels today tend to matter less than they did in the past, even if there are still plenty doing a good job of fighting back and trying to stay relevant. (To be clear, we’re talking here about independent labels and artists more than mainstream as that’s my area of interest and expertise, though arguably the points made apply further afield too, as we’ll get to.)

This is not a ‘labels are dead’ argument. What interests me is how the relevance of labels and artists has changed. There has always been a power balance in the symbiotic relationship between label and artist. The artist is the label’s raw material. And the label is the artist’s incubator. In the past, the glory days of the music industry, that balance was arguably tilted more in favour of the labels. Today, thanks in no small part to the advances in technology that have disrupted how we produce, consume and engage with music, this power balance is tilting back towards the artist. So much so that artists are increasingly seen as independent of a label in ways that weren’t necessarily possible before.

Let’s consider a few examples. In just under 10 years, Flying Lotus has transcended his indie hip hop roots and MySpace popularity to become a household name. He pulls large numbers for live appearances and his last album sold and charted pretty well considering the relatively non-populist nature of the music. As he ascended from his underground beginnings, he co-opted the name and popularity of one of the few remaining indie powerhouses, Warp Records. I don’t think there’s any denying that the label helped make him the name he is today just as much as his own grind did.

Seven years after his Warp debut, are most people a fan of Flying Lotus because of Warp or because he is Flying Lotus, the artist? His social network numbers would indicate the latter – he has twice as many followers as his label on Twitter. Social metrics aren’t necessarily the most accurate barometer, but they’re a pretty solid indicator and one that’s increasingly useful for labels to find out which artists to back or entice to their roster.

Another interesting example, and again from the U.S, west coast, is Shlohmo. Another young producer who rose from MySpace and indie anonymity, he’s as good a poster boy as any for the new generation of Soundcloud producers who are raking in fans without the help of, or need for, a label. This is a generation of kids who are fully digital: the laptop is the production studio and the interface for publishing their music and interacting with their audience. On a recent European tour I met such a kid who’s only had one official release but managed to get a nine-date European tour off the back of Soundcloud plays and bootlegs. This new generation arguably needs the labels less than the labels need them.

Removing the artist from the label is increasingly easy for music fans to do. The new world order of online music consumption and promotion makes it easier for an artist to connect directly with an audience, bypassing the need for a label to represent them and give them a public voice. Some fans will also follow labels, who are equally present on these new platforms, but if you spend any time following a sample of both parties you quickly realise who carries the real weight. Most labels are essentially just catching up to their artists, trying to tap into their dedicated audience and snatch what they can from it.

There are still plenty of successful indie artists of varying popularity who are dedicated to one label. Yet when I look at those I know in such a position, I see a pattern that indicates a certain age below which dedication to a label becomes less important and the pursuit of popularity as an artist, regardless of label home, is key. Most of the labels that have maintained, and sometimes grown, a core of dedicated artists at the indie level are small and precisely maintained curation houses, filters for the increasingly loud and difficult to navigate music world. And it’s perhaps this role as a filter that is essential to the survival of labels in the current day and age.

You only have to look at the work of labels like Hyperdub, Warp, Ninja Tune, Ghostly and Stones Throw to see that particular side of the equation in effect. These labels are home to artists who easily outrank the label’s own popularity – Flying Lotus, Burial, Madlib – yet they’ve created enough of a solid base for the symbiotic relationship between artist and label to continue flowering in the same way it had in previous decades. That doesn’t stop their artists from doing their own things either, like the new norm of setting up their own labels to release alternative output or in turn give a helping hand to unknowns. Another evolution in that central symbiosis.

“Data is playing a bigger part than ever in signing artists”

While writing this I reached out to my old friend Darren Hemmings, who heads the digital marketing consultancy Motive Unknown and knows a fair bit about the subject, with experience at PIAS and elsewhere. He points out the growing trend for label services, both independent-backed (PIAS, Kobalt, Absolute) and major-backed (Universal/Caroline, Sony RED, Warners ADA). For those who, like me, aren’t sure what a label service is, Darren summarises it as “operations where they fund your release in return for a cut of the income. Deals differ wildly, but in most cases the artist and management are creating their own label and then getting backed by the label service company, who offer staff and marketing expertise. In most cases though, the rights to the release either remain with the artist or revert after a set period of time.” He believes the growth in these services indicates an industry-wide shift towards giving more control to the artists than ever before.

In terms of the power of social networks, Darren reckons data “is playing a bigger part than ever” in informing the signing of artists. “Lyor Cohen’s new company, 300, just signed a deal with Twitter to gain data insight direct from them in a bid to inform A&R. Likewise Warner has just launched a label with Shazam taking a similar tack. So, all evidence suggests that labels are valuing the insight afforded by social network engagement and streaming media plays among other things.” The same tools that afford artists the chance to go it alone, so to speak, are also increasingly important in informing the filters we need to make sense of the increasing noise that surrounds us all. Technology feeds the noise while providing a way to cut through it too. Ain’t that a bitch?

As an ironic add-on to the data angle, I got into a rut with Spotify while writing this because I couldn’t find a way to browse by label and not by artist. Turns out you can do so by entering a “label:” query, as you would with Google – an option I doubt many people know about. I couldn’t help but find it ironic that it’s the labels who supply the bulk of Spotify’s streaming content, yet it’s the artists who are front and centre on the platform.

It also occurred to me while writing that I was making a fair amount of assumptions based on my own experience and opinions. So I asked on Twitter and Facebook whether people valued the artist or label more today. The replies seemed to back up the underlying idea: the artist is the one people care most about. Most of the mentions of label were with regards to them being seen as curatorial houses, places with strong aesthetics that can introduce people to new artists.

And so ultimately we return, time and again, to the idea of filters, of needing to cut through the noise – for both the fans and also the artists. There’s little doubt that artists have more tools than ever to build a profile, and online indicators are increasingly important for everyone: labels, artists and fans. But ultimately, all this means little if you don’t have someone, or something, to help you navigate a world in which everyone can create.

Postscript: I’d like to clarify that in the example I gave for Shlohmo, I didn’t make it clear that he was also able to achieve his current notoriety thanks to the work of his label, Friends of Friends. So in that regard both Flying Lotus and Shlohmo are examples of artists who have been plucked by a label from the underground and given a leg up, and in turn they’ve both achieved an increased level of notoriety thanks to their label but also their own work – touring, releasing, being on social networks – separate from it. In no way did I want to imply that Shlohmo had got where he was entirely on his own.