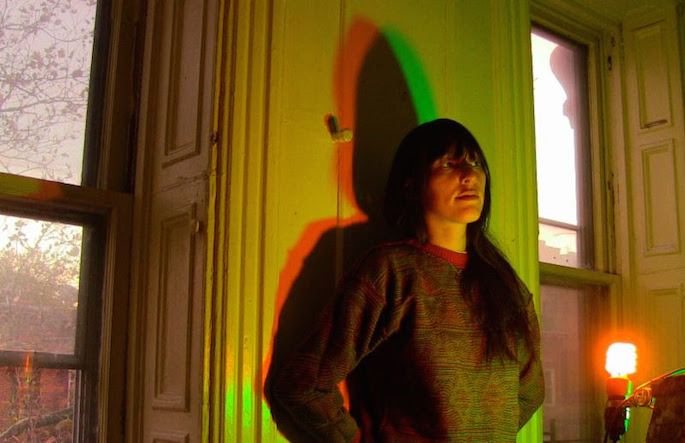 Hiro Kone is an Iroquois phrase that means “I have spoken,” and it’s also the alias of Nicky Mao, formerly of Effi Briest and Up Died Sound. As Hiro Kone, Mao certainly speaks, fusing rich, melodramatic vocals with synth swells and electronic percussion that ranges from skittering to propulsive, all with hints of her former bands’ psych experiments.

Her second EP, The Unmoved Mover, is due out on March 25 via Group Tightener. FACT will be streaming the five-track EP until its release. Listen below, and read our interview with Mao to learn more about her eclectic background, how Aristotle and Lacan influenced the EP, and why she loves Screamadelica.

Tell me about your background and the Hiro Kone project.

It’s really different. I feel like it’s certainly the most realized thing I’ve done; it’s pretty personal. It’s representational of where I am at any time in my life. I really enjoyed playing in bands and collaborating with other people, but at a certain point, you feel like you need you strike out on your own. I guess not everybody feels that way, but I did. [laughs]

I’ve been playing in bands since I was in teenager. I started off in punk bands; I was on the younger side when punk was coming back in the Bay area, and I got really into fan zines during my formative years. I came to New York, played in different bands, some toured, some stayed together for some time. For the last five years, I was very quietly working at home on my own stuff, and I met some people that said other people should probably hear it.

The EP is co-produced by Tim DeWit (ex-Gang Gang Dance, Dutch E Germ). How did you guys get together?

Tim and I had a lot of mutual friends, and people kept mentioning to him that he should check out my music. When we finally met, it was kind of an awkward moment — I was kind of nervous and shy because I was familiar with his work — but he said I should just bring my hard drive over and we should listen to it. He was into it, and he ended up co-producing and mixing both Hiro Kone EPs. We have this awesome relationship that comes together around the post-production stuff.

“If you’re someone who grew up playing instruments instead of playing computers, you probably try to do it live.”

How is performing as Hiro Kone different from being in bands?

When I play out, it’s just me. I want to make it as live as possible, and stay away from computers as much as I can. When you have sequencers and drum machines, there is an aspect that seems rigid, so I try to fight against that as much as I can by playing things live. If you’re someone who grew up playing instruments instead of playing computers [laughs], you probably try to do it live. There are plenty of people who have learned to make music on computers, and there’s nothing wrong with that, but there are some of us who are more inclined to figure it out without them.

Can you explain the philosophical idea of the unmoved mover from which the EP takes its title?

I think that anyone can relate to Aristotle’s concept of the unmoved mover, the idea of the supreme being — he meant God, at that time — the thing that doesn’t move but moves everything else. But I think there are other ways to think about it.

One way I’ve come to think about it is by going to NYU seminars about the psychoanalyst Jacques Lacan. In Lacanian psychoanalysis, you’re supposed to identify your symptom. We tend to think our symptom is a problem we need to change, but in Lacanian psychoanalysis, the symptom is something that the world around you learns to move to, and your symptom rules that realm. So everybody has the ability to be the unmoved mover. The idea is basically working with what you’ve got. You can think about it in fun ways, too: the musician moves the room around them, it just goes on and on.

What are your musical influences?

Alice Coltrane is a big one… Early 90s stuff like Primal Scream’s Screamadelica. I like that record in particular because it was so non-linear in its songwriting, and it brought underground music to the mainstream. For a really long time, I had a lot of interest of music from the Middle East. I spent some time traveling and recording different gypsy music on the street — from the south of France, Turkey, Spain — wherever I could travel, I’ve tried to record the street music, as well. Those are all things that continue to move me.