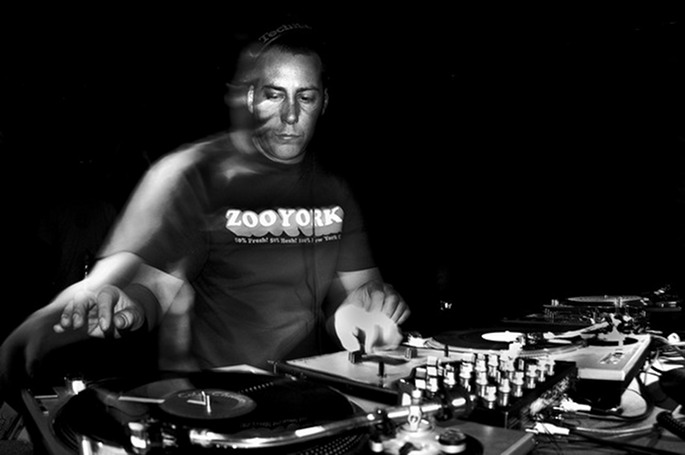 With a career going back 23 years, spanning rave, drum’n’bass and instrumental hip-hop, Danny Breaks is somewhat of an elder statesman in the UK scene.

Despite an impressive discography and oft-noted influence, including a brief flirt with the UK charts in the early ’90s as Sonz of a Loop da Loop Era, he has largely remained off the public grid for the past decade, keeping his DJ appearances rare and opting instead to stay in the comfort of his native Essex hideaway.

Longevity in the music game takes different shapes, with some sticking to their guns while others choose to reinvent themselves. On the surface, Danny opted for the latter: he started with rave as Sonz of a Loop da Loop Era, then moved to drum’n’bass as rave split up, renaming himself Danny Breaks and setting up the long-standing Droppin’ Science label, before finally leaving dance music for instrumental hip-hop with the Alphabet Zoo label. And yet there is a thread running through all his incarnations and output: hip-hop, one his first musical loves. In a way, Danny’s journey has always been about establishing his own place in hip-hop’s ever shifting landscape.

“There is a thread running through all Danny Breaks’ incarnations and output: hip-hop.”

Sonz of a Loop da Loop Era was born in the early ’90s as rave became, as they said then, massive. Danny worked at the legendary Boogie Times record shop in Romford, whose Suburban Base label released the majority of his output. In the space of a few years, the young producer notched up a UK top 40 hit with one of his first releases, ‘Far Out’, and performed around the country with other early rave heroes like The Prodigy. Around 1993, as rave started to split up into the more specific style components we now take for granted, Danny moved to the drum’n’bass and jungle side of things and set up the Droppin’ Science label. He renamed himself Danny Breaks (though he also used the Droppin’ Science moniker) and set about building one of the most reliable d’n’b labels with output from himself, Dylan, kindred spirit Mark Pritchard – with whom he also collaborated as Vertigo – Safari Sounds and Fracture and Neptune. During that time he also released on the True Playaz imprint, headed by his old friend DJ Hype, the only other label to put out a Danny Breaks album.

In the early 2000s, he began the Alphabet Zoo label, focusing on instrumental hip-hop and again building the name into a small but reliable imprint home to likeminded friends such as German turntablist-turned-producer Adlib and Mark Pritchard again, this time under his Harmonic 33 guise. Since his last official release in 2006, he’s kept relatively quiet, with the odd remix and compilation track to remind us just how he gets down – generally with crunchy drum breaks and booty-shaking bass.

With 2013 having just marked 20 years of Droppin’ Science and a forthcoming retrospective compilation due on Groove Attack, it felt timely to put together an Essential piece tracing the evolution of one of British dance music’s true pioneers. Informed by personal taste (and partially limited by what’s available on YouTube), the following ten tracks are a small sampling of Danny’s remarkable career. 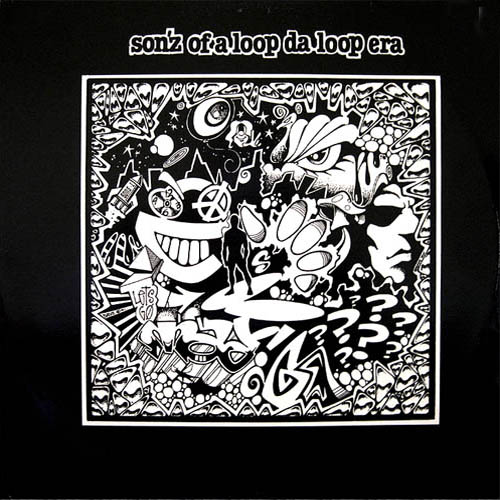 The flipside to the chart ranking ‘Far Out’, ‘Higher’ packs in a fair few hip-hop references in its samples (Pharcyde aficionados may recognise one in particular) and manages to play the rave angle that was so popular at the time while also remaining pretty close to Danny’s hip-hop leanings. 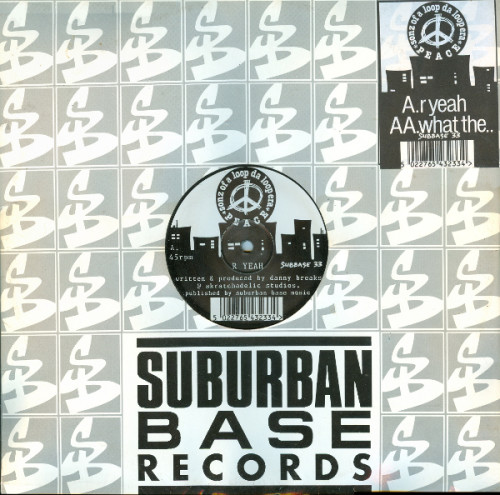 When I spoke to Danny about his career a few years back, he pointed to this track as a good example of the then-burgeoning drum’n’bass sound, with the likes of LTJ Bukem playing it in his sets. You can definitely hear how the sound is evolving from rave into something much more focused on the breaks. The build up is still all hands-in-the-air rave style, but the rolling breaks and bass melody clearly point towards the changes that would underpin the break-up of rave into different, more specific musical styles.

A nice example of the links between hip-hop and rave flipping the same sample as ’93’ till Infinity’. 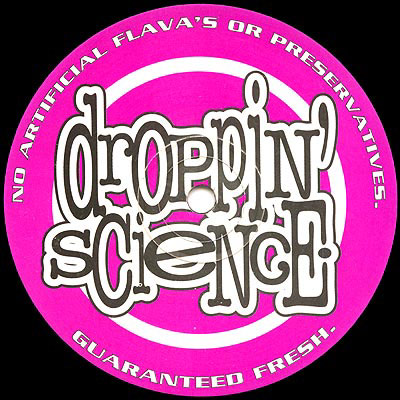 The first release on Droppin’ Science, simply titled Volume 1. The inspiration for the label’s running series of Volumes came from the legendary Double D and Steinski Lessons series, and was originally only supposed to include three volumes – though, seeing the popularity of the releases, Danny kept going up until Volume 10. Again, here we have an example of the move from rave into the transitional drum’n’bass/jungle sound. The blend of the two sounds is simple and still effective: ecstatic chord progression and floating pads giving way to junglistic breaks madness. Rinse, repeat. And the track title is an obvious giveaway too. 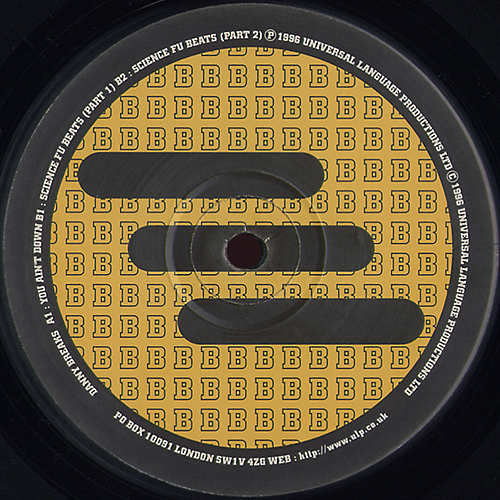 A continuation of Danny’s contribution to Mo’ Wax’s legendary Headz compilation series, ‘Science Fu Beats Pt.2’ picks up where Pt. 1 left off with a blunted, head nod typical of the so-called trip hop era. Part 2 is a lot more crunchy and in your face than the Headz contribution, coming across almost like slowed-down jungle. Originally released on the You Ain’t Down 12” on Universal Language (Mark Pritchard and Tom Middleton’s label), tucked behind the drum’n’bass A side like most of the experimental downtempo beats Danny was releasing at the time. 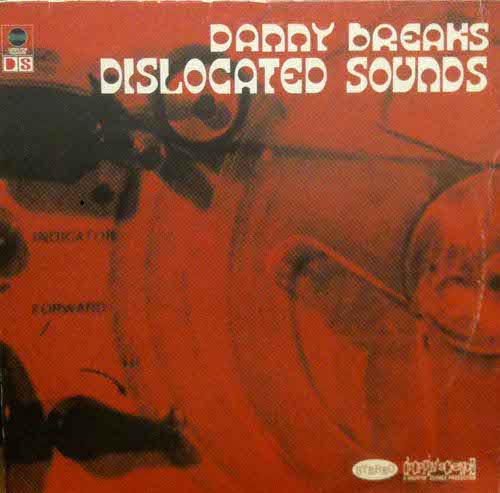 Taken from the Dislocated Sounds album – Danny’s first on Droppin’ Science – ‘Organ-Isation’ is a blunted marriage of instrumental hip-hop beats, heavy bass and experimental electronic aesthetics. The weird and wonderful bleepy sounds are the result of Danny’s purchase of a modular unit that would become central to his production work, and appear on a majority of his output. Alongside ‘Is That So?’ and ‘Exit’ from the same album, ‘Organ-Isation’ is a clear precursor to the Alphabet Zoo series that would follow in coming years.

Unfortunately, this one is no longer on YouTube, but it was flagged up to me by Danny a couple years back as another example of his early beats experiments and is well worth hunting down. 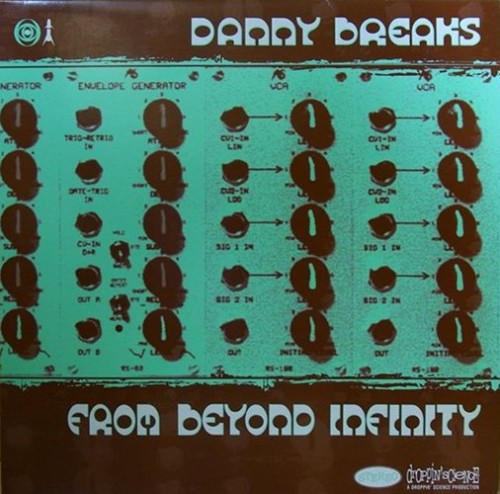 There’re a fair few rollers to be found in Danny’s discography, and ‘Space Maidens’ remains my favourite. The lush fingered bass goes perfectly with the speedy breaks as the floating sound effects and eerie female vocals set the perfect mood.

Dark and gritty d’n’b from the short-lived collaboration between Danny and Mark Pritchard. 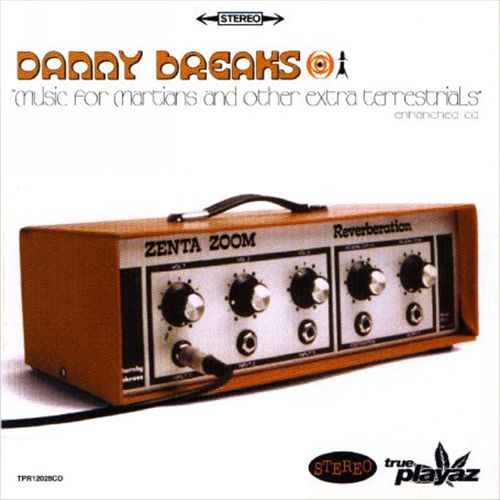 Taken from the True Playaz album Music For Martians And Other Extraterrestrials, ‘Sign’ was a perfect fit for Hype’s long standing drum’n’bass label with its half-step, marching vibe, swooshing bassline and hypnotic looped bleep. The way it hints at a drop without ever delivering in a frustratingly pleasing way reminds me of the work of other Playaz like DJ Zinc and his anthemic ‘138 Trek’ and ‘172 Trek’. 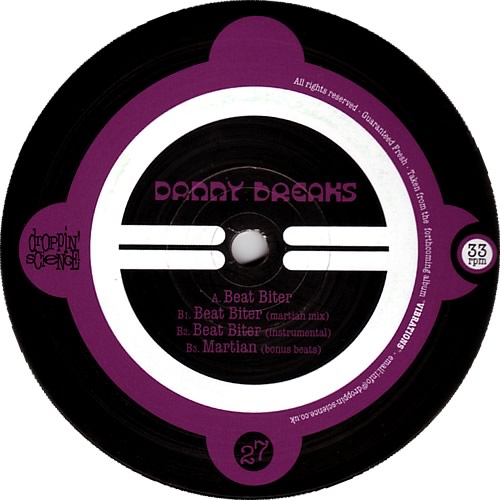 The Martian mix of ‘Beat Biter’ is a perfect example of the half/full time tempo link between drum’n’bass and hip-hop which Danny played with for years: it keeps the same samples and overall vibe and substitutes the fast breaks of the original mix for a straight-up head-nod vibe. 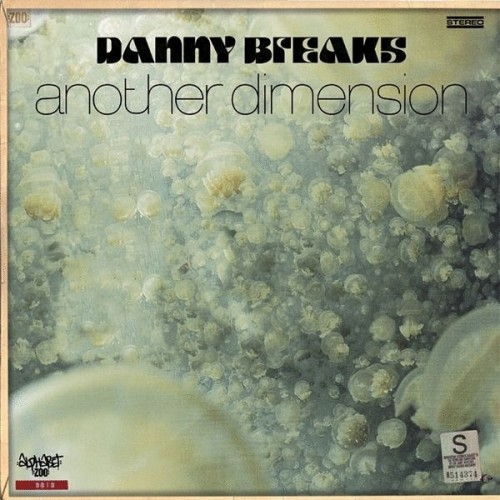 Ten years on, ‘The Jellyfish’ remains arguably one of Danny’s best known tracks and somewhat of an anthem for a generation of heads who sought the new in hip-hop production. Located somewhere in between the music’s ’90s roots and its dance music mutations, it proved a slow burner at first and then became increasingly popular in the summer of 2004 with the likes of Kutmah and Cut Chemist championing it. Alongside tracks from Mr. Oizo’s debut album and Mr. Scruff’s equally bouncy and bass-heavy ‘Ug’, it remains one of the most obvious portents of things to come. 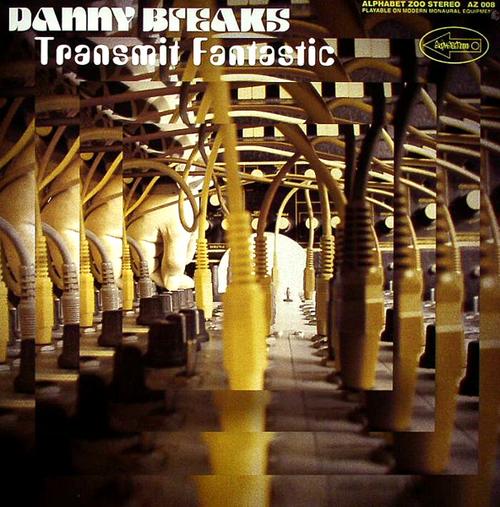 Included on Transmit Fantastic, the last EP Danny released on Alphabet Zoo, ‘Duck Rock’ continued to build on the same idea as ‘The Jellyfish’: crisp drum breaks and in-your-face wobbling bass chopped up in a hip-hop stylee. As with its predecessor, it proved more than popular with the then growing L.A beat scene, and you can hear it on quite a few early Gaslamp Killer mixes.