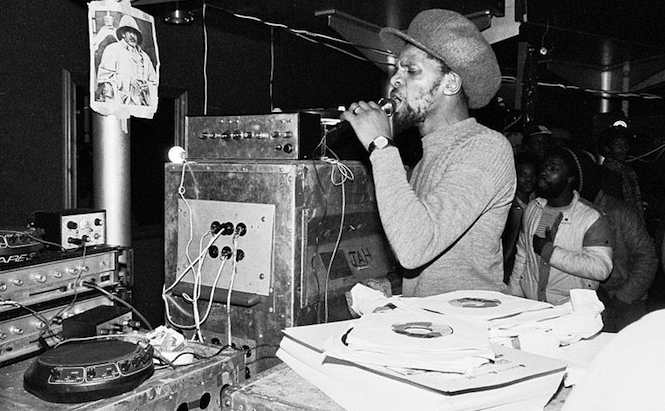 Fresh from curating a new exhibition on the history and significance of Jamaican sound system culture, Seb Carayol gives The Vinyl Factory a potted history of the scene and introduces five of the most influential sounds.

A Brief Introduction to Hometown Hi-Fi and Sound System Culture

My aim was to reposition Jamaican sound system culture where it belongs, at the beginning of all the practices of modern-day urban music, DJing, electro, the art of the remix, you name it. Often, people who are not into reggae specifically – especially in France, where I’m from – tend to believe that everything was invented in NYC for hip hop, or in some Detroit or Chicago warehouses for electro. Part of it was, part of it came from one tiny island in the Caribbean. 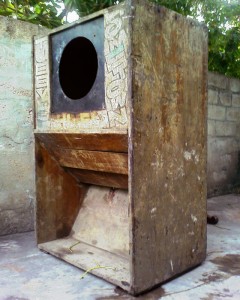 In the UK and the US it’s quite different: for instance, people like James Murphy often refer to the importance of Jamaican sound system culture in what he’s become today. Or you’ve got Andrew Weatherall who’s a total King Tubby nut!

That’s why I’ve focused my exhibition on the sound system as an actual musical instrument, more than just on reggae in general. In an ideal world, the ultimate goal would be that when a venue sees a crew that spent months and thousands of dollars building a custom sound system, the management understands it’s for a reason. Would you tell Jimi Hendrix, “Sure, very nice guitar you got, but we just bought this new one that works as well, use ours instead”?

It’s inventiveness born out of poverty, in a sense. If Jamaica had been this opulent country, everybody would have bought their own radio sets for their homes after WWII… But no, only some people could afford radio sets, and so they became the places where people would come to listen to the latest R&B tunes from radio stations in New Orleans or Florida. And as more people came, it meant you had to amplify a notch, then one more notch… You’ve got a guy like Basil Galbraith, who is a Godfather of amp building in Jamaica, but he’s barely known to anybody, and is still alive and well.

There are tons of side stories like that. Sugar Minott, who basically created a full-on social/community center in the heart of the ghetto around his Youth Promotion sound system and label to keep kids off the streets… It’s amazing. The more you live, the more you learn about sound system history, and the more addicted you become.

Each of the speakers we show (a bass bin from the original King Tubby’s Hometown Hi-fi set, salvaged from a Jamaican backyard where it had been used as a bench for decades, another bass bin from The Wasp, and mids from Sir Harry’s Active Hifi) has probably a story -or to be precise: is lucky to have a story. If it weren’t for people like Jeremy Collingwood, Nico “Planno” in France or Tradition Records in Birmingham, most of these sets would have probably become firewood. Jamaica doesn’t have a big tradition of preserving its own past, always looking towards the future, which is why also this island has always been so innovative. The drawback is that lack of love for the “vintage”.

Vinyl is still very important because the records are sometimes the only “clean” trace left of a track, especially the 45s. You have dozens of gems that were pressed once in tiny quantities, whose stampers were then lost or destroyed – meaning the only physical existence of these songs is on however many copies are left of the actual 45.

With the reign of audio files, the physical acetate dubplates have maybe had a lesser role in terms of the exclusivity they used to carry. But it’s the same thing, they are sometimes the only trace left of a pre-released (or never-released) tune, or of an exclusive mix from back in the day. 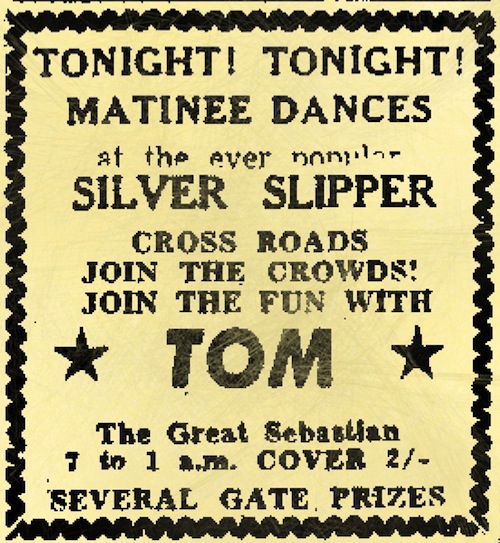 The Five Most Influential Sounds

He was the first “known” local sound system – at least an early one to reach fame. It’s owner owned a hardware store and basically launched the careers of a few legends – Count Machuki, Duke Vin. On a side note, the sound was named after a trapeze artist in some circus! After the owner committed suicide in the early 70s, one his dee-jays (as in “mic man” – in Jamaica the dee jay is the one chatting over the records, not the one playing them, who is the selector), Lou Gooden, carried on for a sec before becoming a very opinionated writer.

Because Tubby revolutionized the sound quality, and brought the great U-Roy to the table -the daddy of modern deejays and rappers. I am not saying that Tubby invented equipment, it’s just the way they re-purposed all that gear and imported it from the US, that gave birth to something new. Basically, being an electronic engineer by trade allowed him to have what his apprentice Scientist once called “an X-Ray Vision of the mixing console” – and of sound system equipment at large. 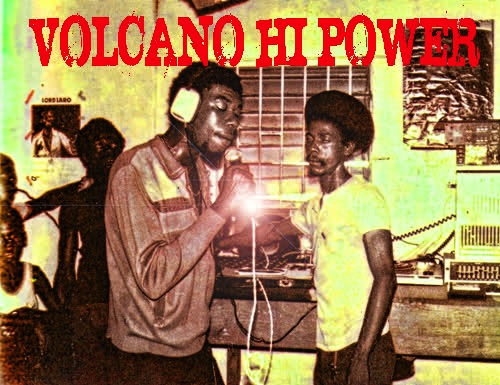 This sound belonged to music lover, producer, and drug kingpin Henry “Junjo” Lawes, who was shot dead in London in 1999. He single-handedly launched the dancehall style that later morphed into ragga. Teaming up with sound engineer Scientist (another unsung hero), he had the baddest tunes, and the baddest singers, from Barrington Levy to Yellowman to Toyan… 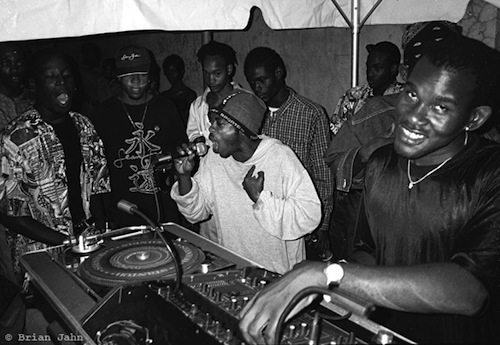 Tough to pick one among the ’90s dancehall kings (could be Stone Love, too) but I’ll be forever grateful that Killamanjaro put out that one album of most of their Garnett Silk “specials” -all the exclusive tunes and mixes they got from the best ’90s singer, who died in 1994. To me, the sounds from this era really epitomize the dubplate culture – one-off songs with special mixes where you’d re-record a popular song with its original singer, but where you’d change the lyrics for them to worship tour sound system’s name. Or in many cases, dis your opponent in a sound clash. 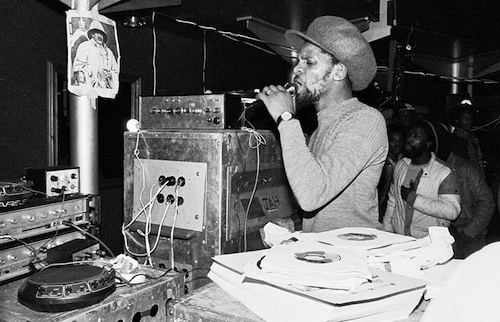 Pure legend. The stories are countless, he reached mythical proportions – allegedly no-one knows his real name… but everybody kinda does. Basically, he is the one-man army who never drifted from the ’60s tradition of playing on just one (vintage Garrad 4HF) turntable and has continued to play the heaviest, most message-heavy tunes that nobody would know where to get, let alone even know what they were. As a testimony of how legendary his record crates are, Boom Shaka Lacka fanzine ran a double-page article called “the top 100 Jah Shaka dubplates” in the early ’90s… Only to see this very spread integrated in one of his art pieces by star contemporary artist Tom Sachs, a couple years ago!