A stack of great footwork mixtapes have come out the US this year, and you’ve all missed them 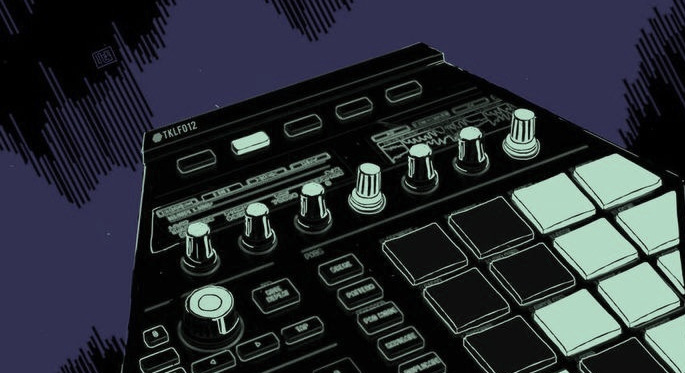 Chicago’s footwork music is more global than ever, with world tours for its stars (well, Rashad and Spinn) and high-profile releases on European labels.

Despite this, there does seem to be a bit of a critical glass ceiling going on at the moment. It’s easier than ever to access Chicago producers, with many of them uploading to Bandcamp and Soundcloud on a monthly basis, but it’s only when artists get picked up by labels like Planet Mu and Hyperdub that the world – or, at least, the small part of the world who’s into this sort of thing – takes notice. I’m not an expert – I’m not sure anybody from the UK is, bar maybe one or two – but few people seem to be writing about the footwork that’s not a) handed to them on a plate, or b) adapted in some way to European-friendly production values.

In this feature, I wanted to highlight some recent tapes from the straighter, Chicago-style variety of footwork – for want of a better phrase, trad footwork – rather than the adaptations from Europe and Japan that get quite a lot of coverage online (Ital Tek, et al). Laurent Fintoni’s monthly Bandcamp round-up is already a goldmine for that sort of stuff.

Note: If Bandcamp embeds look broken, just click on them and the artwork / music should load.

An easy-on-the-ears counterpart to Rashad’s snare-heavy Welcome to the Chi, Earl’s 2012 album Audio Fixx didn’t get the props it deserved. Since then he’s been adding jungle breaks to his tracks with varying results, but despite the mixtape’s title he mostly plays things straight on Unusual Project. In fact, when he does go off-piste, it’s more into Lil Jabba-style weirdo keys territory or, in ‘ShakeWatcha”s case, acid house. Oh, and for fans of Audio Fixx – there was a sequel in February.

School teacher by day, Teklife affiliate by night, Boylan has dropped two mixtapes this year. January’s Itz 2k14 splatters horns (‘Itz 2014’), purple-tinted synths (‘Gun N A Mask’) and more over hip-hop vocals, while also nodding heavily to ghetto-house – ‘Have’n Sex 2k14’ is total Dance Mania, while you can probably guess what ‘Get Down’ samples. March’s Ima Rockstar is marginally more jazzy, with sax samples, soft chords and chipmunk vocals, but there’s still hard stuff – ‘I Don’t Play With Guns’ is another Juicy J edit, while ‘Hatin On Me’ makes Meek Mill’s ‘Dreams and Nightmares’ sound something like happy hardcore.

Another Teklife member, DJ Taye has been releasing mixtapes for a few years without really seeing props outside of Chicago. Overdose on Teklife 2, the sequel to this 2012 tape, offers a generous (or overlong, depending on how you’re feeling) 23 tracks, plus collabs with Earl, Rashad and more. Tracks like ‘Lightspeed’ do the DJ Spinn-style jazzy stuff very well, while the likes of ‘Leanin’ play the drums a little more off-grid than a lot of footwork. The junglists should be all over ‘Call Dope’, too.

People should know Elmoe for ‘Whea Yo Ghost At’, one of the best tracks to trickle over the Atlantic from footwork’s Imeem era, later featured on Mu’s Bangs and Works. As far as I know, Elmoe then stopped producing for a while, but has been regularly uploading music to Bandcamp this year. ‘What It Do’ has been kicking around since 2008ish, but it’s got a welcome re-up here, while Art of Werks and Burn Up Vol. 1 contain more weird spectral shit.

Taso – Teklife Til The Next Life Vol. 1

Yes, this round-up’s Teklife-heavy, but they are the key crew for a reason. Taso is a crew recruit from the West Coast who has a collaboration with Truth forthcoming on Deep Medi, and contributed to Rashad’s Double Cup album. This mixtape features a stack of collabs with Spinn and Rashad, an appearance by Manny, and is a lot more professionally-produced than most of this round-up – so if footwork’s low-res qualities put you off, head straight over here.

European footwork fans will know Diamond from Flight Muzik, his album for Planet Mu. He has an album titled #FootworkOrDie coming out at some point this year, and if this preview is anything to go by, it’ll be a weird record. There’s riffs that are somewhere between Miami bounce and big room European house (‘Pay Back’), woozy codeine chords (‘Dozin’), hoover leads (‘Game Over’) and points where the whole thing seems to eat itself. It doesn’t always work, but it’s definitely worth a listen.