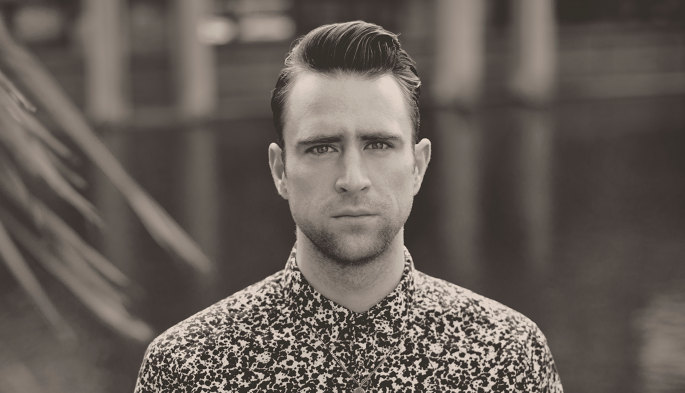 Across 13 Saturdays, Jackmaster will invite a selection of artists – amongst them Kenny Dope, Loefah, Paul Johnson – to join him at XOYO (full listing and tickets available here). To celebrate the news, we roped Jack in for a brace of features: his top 10 Glasgow classics (note: they’re tracks that have anthem status in Glasgow, they don’t have to be made by Glasgow artists before some smart alec points out that Kevin Saunderson’s not from Cardonald), and a rundown of up-and-coming hometown artists to keep an eye on. But first, here’s Jack on his new residency:

“The thing I wanted to achieve from the residency was a solid 13 weeks of good music. That sounds like such a standard answer and cliche even (“it’s all about the music maaaaaan”). But it’s true. Not booking anything whatsoever simply to ensure the club is busy. No bullshit. Focus only on actual talent instead. I’m so fucking happy with the DJs we got. I’d be surprised if even one crap record is played over the 13 weeks. 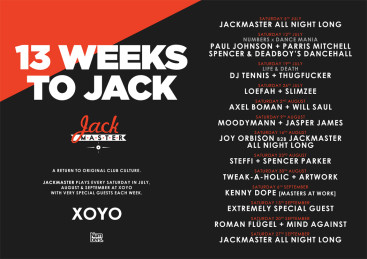 “I think looking at those line ups, I can learn from a lot of the guys and girls we booked, so it will be an educative and inspiring journey for me too. We were so lucky to nail almost all of my dream wishlist – it was a struggle at times because all of the festivals in and around London look for periods of exclusivity from their artists, but Andy Peyton and Ryan from the club smashed it.

“Another thing is that, as well as doing some peak-time slots, I’ll get to warm up the club on most nights which means I can really dig into some of my old weirder records and show the true breadth of my eclectic tastes – not just playing the high octane sets I’m known for. I warmed up pretty much every Numbers party for the last 10 years so it will be nice to be doing that again. It’s the most crucial part of the night in my opinion.”

Turn the page to tuck into Jackmaster’s top 10 Glasgow classics, and his Glasgow producers and DJs to keep an eye on this year.

Before I start talking about any of these tracks, it’s only right that we give credit to the DJs that turned us onto pretty much all of these. The reason most of them resonate with myself and he whole Numbers crew is because of a wee techno dungeon in Paisley named 69, and one person in particular named Martin McKay.

A subject I’ve discussed with loads of DJs before is if they could be teleported back in time to any era in music, where and when would they go? Most people say The Muzic Box, The Loft, The Warehouse or the Paradise Garage or Hacienda or whatever, and I’ve most likely agreed with all of those in the past, but as I’m writing this it’s dawning on me that (aside from a wee stint at Pure in Edinburgh with JD Twitch on the decks), I’d honestly say take me to (Club) 69 in the ’90s.

I could have asked Marty for a quote or some input or something but he’s honestly too fucking underground to get involved in anything other than selling vinyl, and he’s from Barrhead anyway, but I think I speak for every one of us when I say, thank you Marty.

I’ve been asked recently what inspired the Tweak-A-Holic series. Well, here’s your answer in one track pretty much. Tweak-A-Holic wasn’t just something I started – it was me and all my best mates swapping ’80s tunes at after parties in Glasgow: Neil A, Spencer, Fiona, Laura, Jongerre and loads more. This tune used to bring the house down at Numbers every single time, no matter if we played it in the warm up or at peak time. In my opinion this is the ultimate Numbers classique.

Unspecified Enemies is Louis Digital + CiM. This was one of those tunes that we heard a lot at 69. But in true Marty style, he pitched it down to about minus 6. Allegedly it’s all made up of micro samples of Model 500’s ‘Future’ or Cybotron’s ‘Cosmic Cars’ (both tracks are by Juan Atkins and based on the same melody/vibe) and was made on an Amiga. Legend has it that this track used to get played in Detroit so much that DJs from the city refused to believe that it didn’t originate there, when in fact it came from Wales, lol. Originally released in 1999, we re-released it on Numbers in 2012.

This one definitely came from 69 but I’m sure it was Guinney who used to play it more than Marty. It came out on Shockwave which was like an early offshoot of UR, which I think also released the first ever Drexciya record (Deep Sea Dweller). Just listen to it, it has everything. Ecto melody, breakbeats, cheesy dated vocal samples. We used to lose it to this every single Saturday night at 69. Like all the best records in the world, you can buy it on Discogs for about £6.

In between making number one hits with Inner City and renting his whole back catalogue of classics out to trendy producers to remix, Kevin Saunderson made some absolute face-melters under the pseudonym of E Dancer. KMS does rave basically, but there was some slightly more chilled out and vibe techno music made under the guise too. Absolutely everything he did under the moniker is gold and will set any Glasgow floor alight. ‘Pump The Move’ and ‘Velocity Funk’ are good starting points if you don’t already know.

I don’t have many words for this one because to be honest I canny attempt to review perfection. The first version of this I heard was on the DJ Deeon track ‘Shake That Ass’ on Databass, in which he sampled the original off of his mate’s mixtape. An actual cassette tape. I just thought it was a Deeon track, so when I heard the original at an after party one night I was floored. For the next three years following that night I think I played it in every set I played in Glasgow. But I never got bored of it because like I said, it’s perfect. A shining example of how simple and reduced a dance track can be when done right. See also: Robert Hood.

[Note: despite the title, the track embedded above is ‘Superior Race’ – it was released under both names]

This was a fucking huge tune at the early Numbers nights to the stage where people in the crowd would be shouting “SIEGALIZE IT!!!!!” as a request. In my opinion it’s the best UK funky tune ever made.

Again 69. I had never heard anything even remotely like it – pun not intended. It was alien-like but also funky as fuck at the same time. A few days later me and Spencer went into Rubadub and enthusiastically sang the melody to Martin. We call that “Techno Karaoke”. He immediately went over to the UR section and pulled out the yellow sleeve that houses every copy of the release. “That’s ‘The Swarm’,” he said, and luckily he had a copy for each of us in stock. I’m not sure anyone knows exactly who Remote is but it’s got to be Mike surely. The B-side is a fucking nailer as well.

This is the one. I’ve seen grown men shed a tear to this tune. I’m listening to it now and the hairs on the back of my neck and arms are standing on end. This may be my favourite tune ever. James Stinson RIP.

This is a special one for the Numbers crew because out of all of us who started our own labels, Richard was the kind of pioneer in the group in that department, coming first with his Stuffrecords imprint. ‘Portland’ was the biggie on his first ever release and while lot of folk who heard it thought it was actually by Drexciya, it was actually produced by Richard’s close pal Dave Clark circa 2000 above a titty bar in Glasgow. I don’t think that Dave was copying Drexciya, and I don’t even think it really sounds much like Drexciya, but it definitely has a vibe, energy and feeling that resonates with some of their finest moments.

Richard released it in 2002 then we re-released it with a 30-minute Ricardo Villalobos remix at the tail end of last year. There’s a super limited white label featuring two unreleased Tuff City Kids remixes coming soon too. You heard it here first. 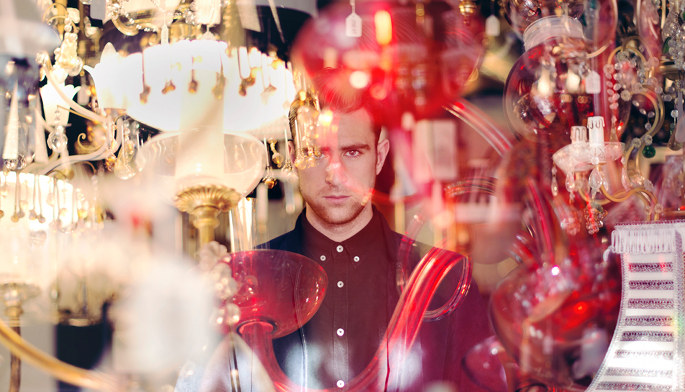 Jackmaster’s Glasgow producers and DJs to watch this year: