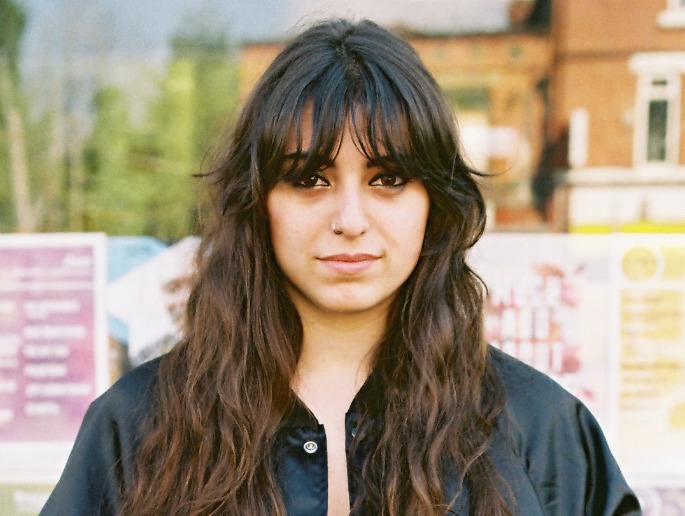 The underground tastemaker taps the zeitgeist for a free 10-track compilation.

Madam X has become a vital force in Manchester’s grime and bass scene in just a few years since departing her hometown of Milton Keynes, hitching her wagon to the city’s Murkage collective and nabbing stints on local stations and Radio 1Xtra while taking her record bag to clubs across the UK and beyond.

After launching her label Big People Music with G.S.One’s soulful Lucid Dreams EP last year, Christiana Vassilakis has now unveiled a 10-track compilation culling tracks from some of the most intriguing new grime and bass producers around, including Sudanim, Samrai, Murlo, Marcx, Trap Door and Dark0.

We caught up with Vassilakis to find out more about Kaizen Movements Vol. 1 and see what else the BPM boss has up her sleeve for 2014. Stream the compilation below and click on each track to download via Soundcloud.

Hi Madam X – tell us a bit about what you do.

I’m based in Manchester and run the record label and clubnight BPM, or Big People Music, with three others. We predominately push grime and bass music at our raves, but as a label we’re all about finding new artists to help develop and push new sounds. Our first release with G.S.ONE (who’s also on the compilation) was totally unpredictable; his Lucid Dreams EP was this soulful, purple, ambient package, but we’d been championing his music for time on radio, and everything just made sense from there.

As well as the label, I DJ on radio as much as possible, with various stints on the BBC, Rinse FM, etc. Most recently, I got involved with BBC 1Xtra and Radio 1 for their International Woman’s Day event and got to take over Diplo’s show for two hours, which was pretty cool. And when I’m not working on these, I’ll most likely be DJing somewhere!

How did the Kaizen Movements compilation come about and how did you pick the artists?

The compilation is something I’ve been meaning to do for a while, but it needed to drop at the right time. There’s only so much I can do on radio, in clubs, etc. I felt it was really important to piece something together that translates exactly what it is I’m backing as a DJ and music lover, as well as showing off all the talent that’s out there at the minute.

Choosing the artists wasn’t hard, but everyone on there I feel is someone who’s bringing something new to the table, challenging boundaries, experimenting with music in an interesting way. Whether you’re an MC or producer, each individual artist featured on this is someone I believe will go places with their art. Some of the artists on there you’ll have heard of, whilst others are newer to the game, more up and coming, but everyone on there brings something unique and different to the sound palette. You’ve got a bit of everything.

It was important for the sounds to complement each other as a compilation, but also to stand alone as solid pieces of music, which I feel every artist has excelled in. It’s mad diverse, and I’m really proud to be able to show everyone the finished product now! Sudanim, Samrai, Fox, Murlo, Timbah, T Man, Marcx, Trap Door, Dark0, Nativ, G.S.ONE, Benjha are people I’ve worked with closely over the year, and I’m flattered they all got onboard to produce these wicked pieces for me.

What else have you got in the pipeline for this year?

This year’s looking good. We’re working on our next release with Tee Vish at the minute, as well as looking to expand the clubnight outside of Manchester, do a couple takeovers here and there. We’ve got festival season coming up, so I’ll be about DJing at Outlook as well as looking to curate the second volume of Kaizen Movements. You’ll hear more radio things from me over the next couple months as well, so keep an eye out for that, and just music, music, music!