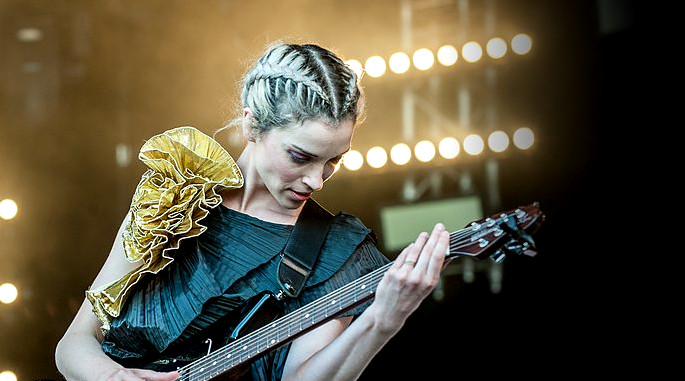 With the merits of Glastonbury‘s gargantuan headline acts – Skrillex, Metallica, Parton et al – being debated everywhere you look, it’s easy to forget just how many people perform at it.

One of the things that makes Glastonbury work is the fact that if you don’t want to, you don’t have to watch any of the headliners, with countless tents and stages representing for the bottom half of the festival’s line-up. With this in mind, we asked some of FACT’s Glastonbury-attending contributors for the performances that they think should be seeing more hype.

DJ Spinn may sadly be without his inspirational partner DJ Rashad since his death this year, but seeing him at Glastonbury alongside Taso, was a reminder of the legacy that Teklife are creating – one of the purest stories in modern music. Even though they were on a little too early at the Glade, there’s few sets you ever hear that have either the intensity or identity that Spinn and Taso brought, and having dancers The Era bringing the footwork out front was just too raw. – Rob Pursey

For the closing night at Block 9’s NYC Downlow venue, Berlin DJ Tama Sumo laid on a banquet of jackin’ house and disco flamboyance for the mud-spattered and shattered few who made it through the enormous queue, with Hi-NRG stage antics provided by the in-house bevy of trannies, hair-whipping for hour after hour in bare nipples and five-inch heels. Other stages may be as debauched, but only the Downlow does it with this much class. – Chal Ravens

Jerking her guitar left and right and indulging in oddball choreography with her very Talking Heads-esque band (no doubt indebted to her previous album collaborator David Byrne), the silver-haired St Vincent revelled in her latest role as new-wave ice queen. Drawing heavily from her electrifying self-titled album, released earlier this year, she stood atop a ridiculous two-tier podium delivering viciously crunchy, crowd-pleasing solos (provoking the inevitable wave of crowd chatter about “girls with guitars”) and a few head-scratching non-sequiturs between songs. – Chal Ravens

Both my magic band moments came within the space of two hours on Saturday afternoon. First came the Radiophonic Workshop. As we all crammed under the awning of the Glade stage to take shelter from the weekend’s most torrential downpour, at first I thought the enthusiasm the crowd was showing was just drunken happiness at being warm and dry – but very quickly it became clear that the outpouring of love for the 60- and 70-something gents onstage was very real.

And good god, it was deserved. The RWS are not just doing the nostalgia thing, rehashing something kitschy for the retromania generation: they’ve formed the band they all secretly longed to be in, and are making the very most of all musical toys available. Musically, it was like watching the greatest prog-rock-cosmic-disco act ever, with the added Proustian rush of blasts of Hitchhikers Guide To The Galaxy and Dr Who visuals. Utterly celebratory: the audience applause after the ‘Dr. Who’ finale went on for an insanely long time, the old guys on stage looking bemused but relishing every second. – Joe Muggs

And talking of celebratory… From the Radiphonics, we ran the few hundred yards up to the Park stage, just as the evening sun was coming out and ESG were finishing their first song. I had no idea what to expect from them, but what I didn’t expect was total perfection. They were perfect, though: each track just jamming percussion, dub space, insouciantly punky Brooklyn attitude and two see-sawing notes of enormous bass… I would have happily listened to each groove for an hour, so there was always a pang when each stopped, then more joy as another just as good started up.

It was so the opposite of the baroque and OTT structures and squiggly sounds of the Radiophonic, yet somehow the perfect counterpoint: both felt like they loved their craft first and foremost, and the performance was only an extension of that rather than an end in itself. – Joe Muggs

– Glastonbury is a rabid, filthy, depraved hypercapitalist clusterfuck – and an absolutely staggering achievement
– Sorry everybody, Skrillex’s set was a minor masterpiece
– The best part of Disclosure’s set? The girl brazenly doing poppers on camera