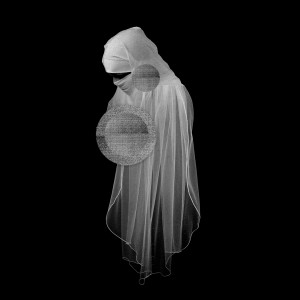 Since last year’s album Nexus, released as a double vinyl on Ramp Recordings, Bristol’s Young Echo collective have made a virtue of their looseness, splitting off into smaller groups and working across numerous labels, as if on a mission to disseminate their music more widely. Ishan Sound dropped a solo EP, Namka, on Tectonic; Amos Childs, Seb ‘Vessel’ Gainsborough and Sam Kidel debuted as Killing Sound with a stifling 12-inch on Blackest Ever Black; Vessel is limbering to drop his second long-player on Tri Angle; and now Childs and MC Alex Rendall return to Ramp to turn out their second solo vinyl release under the name Jabu.

A collective united by sensibility more than by sound, Young Echo cover a lot of ground, their music lurking in a murky, improvisatory space between grime and reggae, dubstep and techno. Kwaidan is, notionally at least, a hip-hop record, although it is a localised and idiosyncratic example of the form, poetic and introverted, with traces of the brooding dread of the sound system culture that’s infused much of Bristol’s underground music scene since the late 70s. Yet Jabu’s music feels gaseous, billows and drifts like smoke. Rendall’s raps are sleepy-eyed streams of consciousness, spat in what feels like that cold hour after dawn when last night’s bravado has evaporated and dew collects on windowframes. Childs’ productions, meanwhile, recall a little J Dilla or RZA’s more soporific, soulful productions, although hopefully I’m not reaching too much if I say moments here remind me of everything from the cryptic fugues of Dean Blunt to the sorrowful grime miniatures of Visionist to the crackly vinyl exorcisms of Philip Jeck.

Perhaps some of this is projection, though, because these seven tracks don’t hang around – just one tips the three-minute mark – and are constructed with a crispness and minimalism that encourages you to fill in the gaps. ‘Chamber’ finds Rendall musing in long, breathless chains over jazzy double bass notes and a revolving diva hook scuffed up so only the sorrowful emotion remains. The dubby, tectonic ‘Limousine’, featuring a guest turn from Young Echo-affiliated MC Rider Shafique, is a curdled fantasy of opulence and escape, Rendall dreaming of “the freedom to find a good woman and take her to the beach”, while ‘Don’t Fall Down’ throws the mic to vocalist Jasmine for a crackly soul miniature on slow descending chords. Each track is fleeting, staying around just long enough to leave an impression before vanishing into thin air.

Young Echo are probably already rolling their eyes at the idea they might draw lazy comparison to Bristol’s 90s trip-hop wave, and fair enough, probably. Still, listening to the finest track here, a skeletal skank of ‘Empty Days’, I’m reminded of the first time I heard Tricky’s debut single, ‘Aftermath’, and just how spartan and hollowed-out it felt. Rendall muses darkly as pipes trill and snares clack and echo like struck femur bones. “Trace your thoughts to beginnings/Feel the remorse of a sinner/Trace the skin, feel the warmth of a killer…” It’s a reminder that done right, empty space doesn’t have to sound empty at all; it can sound like a place through which spectres walk.