High-Resolution Five: The best of 1080p so far, as introduced by the label boss 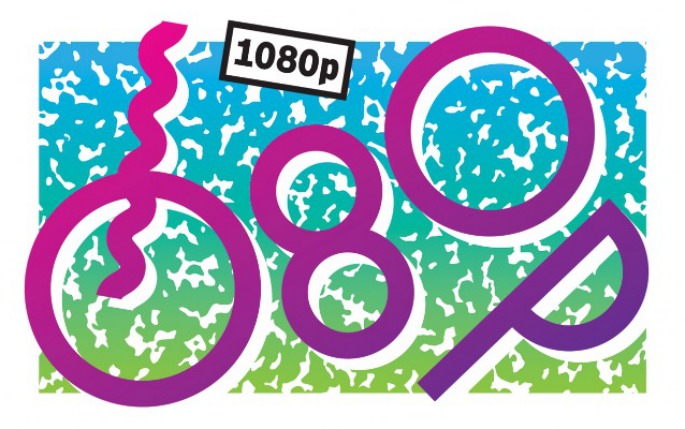 With the vinyl bubble starting to backfire on smaller labels, causing clogged pressing plants, backlogged release schedules and wasted money (not to mention the distributors who’ve gone belly up lately), wise is the label boss who steers clear of awkward physical product.

Richard MacFarlane’s 1080p imprint is a Bandcamp-centred operation offering small runs of cassettes mailed out from his base in Vancouver. Since launching a little over a year ago, the New Zealand-born blogger (of Rose Quartz, Altered Zones and more) has managed to put out 21 records by almost as many artists, with no sign of slowing down – last month saw the release of full-lengths by Khotin, ATM and Tlaotlon, and he’s currently taking pre-orders on a further four, including the latest from UNO NYC crackpot Gobby.

With a roster located across Canada, the US and beyond (including Middlesbrough’s Perfume Advert, more of whom inside), MacFarlane’s operation neither documents a local scene nor sets a template for a particular sound or trend. It’s proof that, far from becoming obsolete with the digitisation and democratisation of releasing music, labels are increasingly relied on as a stamp of quality in an over-saturated market, and it’s McFarlane’s idiosyncratic taste that sets the agenda.

Perhaps there’s something about releasing on Bandcamp and cassette that sets a lower barrier to one’s judgement – when an album is only a few dollars, or a dollar extra for a cassette shipped from halfway across the world, you half-expect that the music will be as inconsequential as the outlay. But as we’ve discovered after caning our way through the entire catalogue, that feeling of bedroom-born, low-stakes creativity is the Kool-Aid that fuels the 1080p world, where fitting into the label’s aesthetic is less important than following your nose wherever it takes you, whether that’s burnt-out house, ambient gloop, hazy rave nostalgia, scratchy FM radio samples or all of that at once. The label’s awesome visual aesthetic is also the product of chance rather than design, with each artist submitting their own (usually brilliant, frequently bizarre) artwork.

We set ourselves the impossible challenge of picking five of the best 1080p releases so far, and asked MacFarlane to give us the scoop on each one. These are just a handful of our favourites, though – dig in to the full catalogue on the label’s Bandcamp. 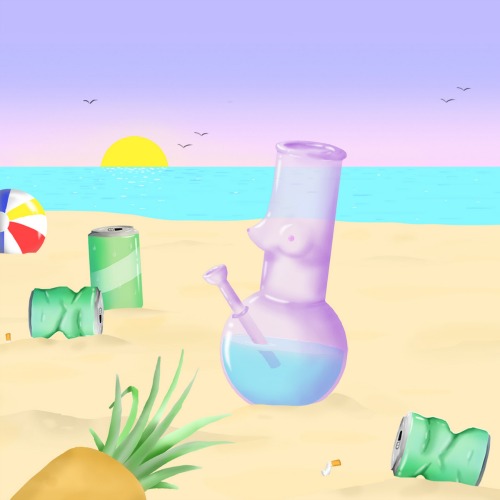 A split release from Vancouver club experimenters Bobby Draino and Xophie Xweetland, with the former offering bossy, scorched house on an Omar-S tip while the excellently named Xweetland brings icy, ambient techno with a nod to psych-out drones, plus an essential collaborative track.

MacFarlane: I’ve only lived in Vancouver for two years now but wanted to look towards a balance of local, IRL connections as well as online ones when seeking out releases. I was also trying for all 1080p releases to be the debut physical release for an artist, which has often been the case. Linking up with Bobby and Sophie for this release made a lot of sense for all of us; Bobby had started making his own kind of DIY/hybrid-y acid techno/house and linking up with Sophie who is from a similarly guitar band background. It’s very much about blending those ideas (distorted, lo-fi and melodic) with those that come with delving deeper into house and techno and the production process of making electronic music. This for me is perfectly suited to a tape; it’s more tinged or influenced by house and techno rather than being purely one of those genres that is built to be mixed on vinyl. Personally I’m really not an expert on DJing or DJ culture (though I love to attend dance music events and club nights) and feel a bit removed from that in my listening habits, so it makes a lot of sense to have the split on 1080p releases on just digital and tape. I don’t think I will do vinyl with this label in the future, to keep this context quite specific, but who knows. 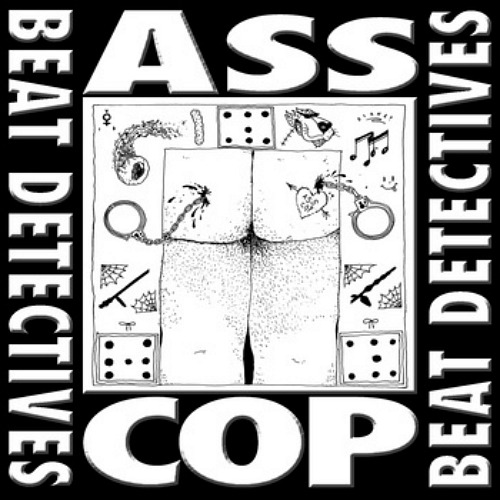 One of the least classifiable releases on an already impossible-to-classify label, this batch of shredded beats and dubbed out techno spliced with FM radio scans and PC desktop detritus comes from Minneapolis three-piece Beat Detectives, previously of labels like 100% Silk, Night People and Moon Glyph.

MacFarlane: 1080p is definitely a continuation of the ways I explored music through the internet while running the Rose Quartz blog and writing about music in general, and I think Beat Detectives are super indicative of the type of loose, fun experimentation with genre I got particularly obsessed with between 2008 and 2012. Labels like Not Not Fun, Night People, Olde English Spelling Bee, Siltbreeze and similar American DIY labels were all putting out this gunked up and warped stuff that I found super appealing and idolised from afar. Beat Detectives put together these party tapes that feel like some basement show crossed with an extremely loose take on house and disco. 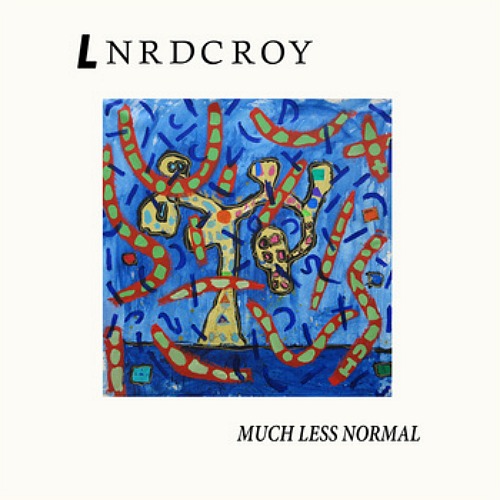 Crystalline nostalgia with an uncanny sense of place from Vancouver resident LNRDCROY, whose impressions of the city and its watery environs are enhanced by warm Roland synth melodies and Yamaha drums.

MacFarlane: I’ve said before that this is one of my favourite 1080p releases so far, not only because it’s so exact in its examinations of landscapes and neighbourhoods here in British Columbia but also from the idiosyncrasies that come with along with classic ambient electronica touchstones. Leon (LNRDCROY) has I would say a more purist electronic background than my more hybrid tastes, though our interests in jungle and trancier stuff cross over quite a lot. He has been obsessed with electronic music since he was really young and uploads a tonne of obscure amazing stuff to YouTube. Much Less Normal has (for real) affected a lot of people here in Vancouver, I think for touching on some vaguely collective sensation of what it feels like to live here. There was also a fair bit of interest in this being pressed to vinyl and I think another label may actually be doing that (or at least a variation on the release) but this for me is best suited for the car tape deck (or MP3 into aux in). Like many 1080p releases, there are big, vivid nostalgias backing these tracks with looks towards funny culturally embedded Canadian things like Slam City Jam, BC Ferries, local grocery stores, etc. 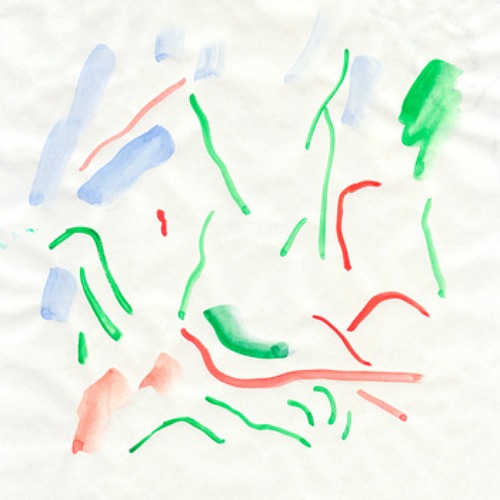 Lo-fi house beamed in on a daydream from Edmonton’s Dylan Khotin-Foote; gossamer-light with an occasionally steely dance floor backbone.

MacFarlane: I spend a lot of time on the internet and I’m generally always on Facebook. Dylan (Khotin) added me quite a while ago and we talked a lot about Javascript because we’re doing similar web design courses at school right now. We both like to be online and chatting and eventually it was clear that doing a release together was a really good fit. I have been getting more submissions on SoundCloud and by random friend request on Facebook, but I don’t usually get time to look at that kind of submission unless there’s a link – lazy, but necessary trying to keep up with school work and all the work involved in mailing tapes and running a label etc. I know Dylan prefers not to have his previous guitar/electronic pop project Happy Trendy mentioned, but the transition from that bedroom pop realm to making electronica with a similarly private and daydream-y streak (still with eyes on dancier modes) is really appealing to me; real good to drive around BC with too. 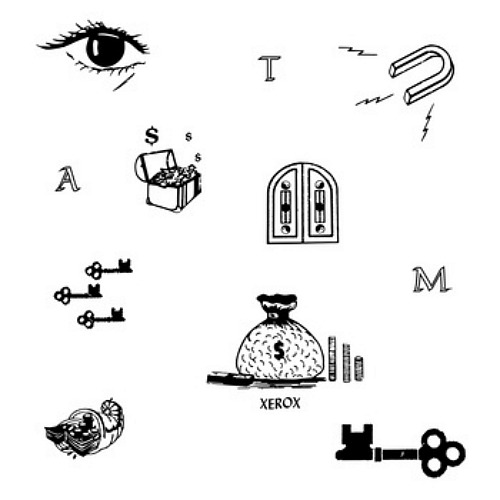 MacFarlane: I was super excited when McGregor (M/M) Gmail chatted to me saying he and Aaron and Tom of Perfume Advert had been sending some tracks back and forth over email. Each of their respective releases (M/M’s Midtown Direct and Perfume Advert’s Tulpa) landed in a nice spot for me in the first six months of doing the label with IDM/headphone techno vibes tinged with more distant, club-centred ideals. Like a lot of people, I had been listening heavily to Opal Tapes, who had been (and still are) putting out so much of the ultra broken-down foggy stuff. The Perfume Advert tape had a hint of that murkiness which gets overridden by with these unassuming grooves and a wonky vision of greyer, sci-fi imagery. This feels perfect on tape to me; quite a few people asked if this would have a vinyl release, and though the 110BPM is pretty steady and would be good for mixing, it still set in a haze that’s more removed from a DJ context than the genres it takes hints from.