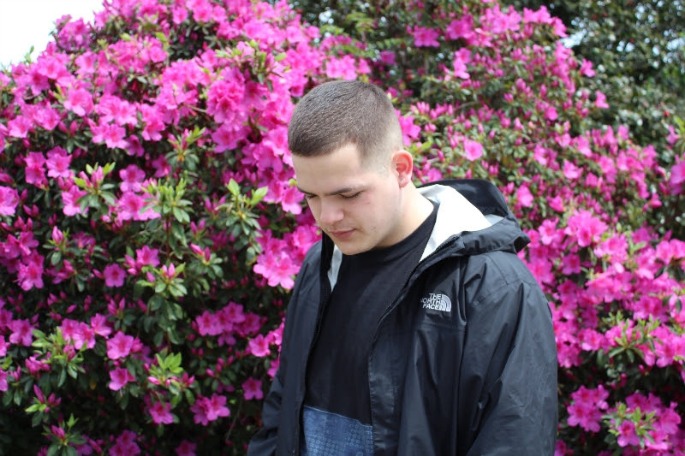 The Software signee looks back on a handful of his favorite tapes.

James “suicideyear” Prudhomme first came to our attention with his Japan mixtape, “an ambitious and invigorating record” that fused trap-rap percussion with woozy, Vangelisesque synthetics. Later this month, he’ll follow a series of remixes and productions with his debut album on Daniel Lopatin’s Software. Remembrance further deconstructs rap tropes as Prudhomme explores love and loss and “offers a visceral love letter to abstraction.”

But while the Baton Rouge producer’s own music may be abstract, his rap fandom is anything but: his knowledge of Southern hip-hop exceeds the expectations of his youth. “I’ve always admired rappers, because they’re way more inclined to give away free material than other artists,” he explains. “They know what fans are looking for, and they know how to be proper to their fans. The rappers making it have that on lock.”

With that in mind, we decided to mark the release of Remembrance (due out on September 22) with suicideyear’s favorite forgotten-but-classic Southern rap mixtapes, from Weezy to Waka and Boosie to Juicy — any of which would be perfect soundtracks for driving around Baton Rouge, as he does in the video for ‘Remembrance’. 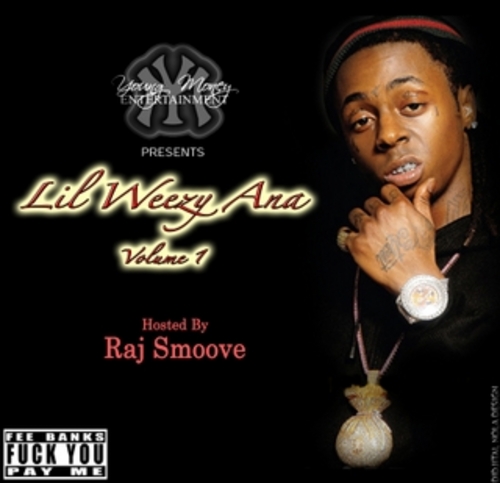 “From 2004 to 2009, Lil Wayne was a force: no one could compete — he ran rap. I don’t think people give him enough recognition or credit; if it wasn’t for him, a bunch of rappers wouldn’t have their sound. If it wasn’t for ‘A Milli’, rap would be so fucking different.

Lil Weezy Ana starts off with a freestyle over Jim Jones’ ‘Ballin’, and there’s a track that samples [Vanessa Carlton’s] ‘A Thousand Miles’ — “Making my way downtown / Walking fast / Faces pass / And I’m home bound” — it’s funny shit, I remember that track being played in the mall. He rapped over a lot of New Orleans shit, too, like ‘Triggaman’.

One thing with Lil Wayne is that he’s one of those rappers that would use beats from the radio and end up killing rappers on their own tracks. He low-key killed Jay-Z on all of his own songs. Lil Wayne is definitely better right now than he had been in 2009, 2010. He’s back to a point where he’s decent — I have a little hope for Tha Carter V.” 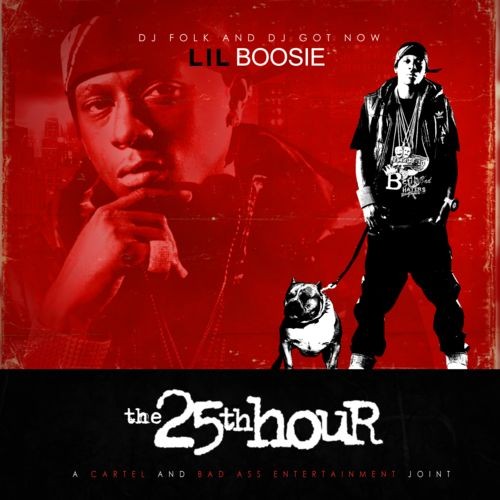 “That Boosie tape is really tight because its title is a reference to Spike Lee’s 25th Hour, and he released it right when he was about to be put in prison. It’s less about Boosie being a thug and more reflecting on where his lifestyle had gotten him. ‘Until the End of Time’ is reflective of where he’s gotten due to music, who he’s lost, who’s shown their true colors.

I’m from Baton Rouge, so I grew up listening to Boosie. The first Boosie song I got into was definitely ‘Touchdown 2 Cause Hell’, it was a really big one back in 2006 or 2007. Then ‘Wipe Me Down’ — a lot of people know that one. I’ve liked some of his songs since he got out; Boosie’s kept up. He’s still pretty good, and I like where he is as a rapper.” 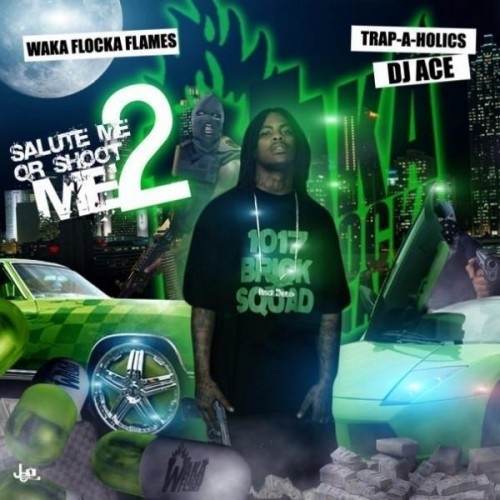 “That was right before Waka got out of the struggle, and that is the definition of a struggle tape. It’s almost bootlegging itself, even if it was released by Brick Squad. It’s so low budget: the cover is ridiculous — it’s one of those Photoshop jobs — and whoever mixed it was really bad, it’s so loud. But it’s such a great tape, and it was right when he did ‘Hard In Da Paint’.

I know Lex Luger had a few tracks on there, other than ‘Hard In the Paint’. ‘All I Know’ is one of my favorite tracks on there. There’s a Mike Will beat (‘Wheew’) from when he was still making typical ATL beats, before he started using automation and shit — before Mike Will was the automation king.” 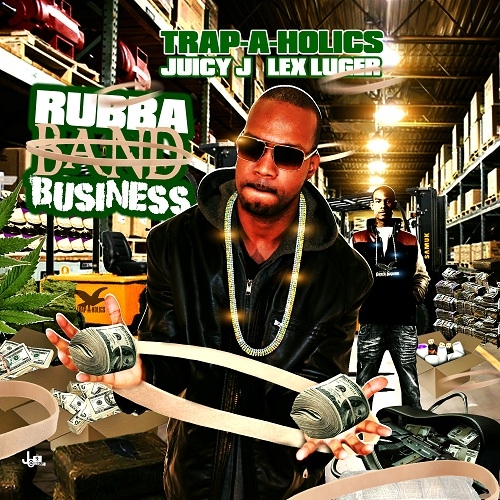 “Rubba Band Business is sick because it’s completely produced by Lex Luger, right when he had just done ‘Hard In Da Paint’ and ‘BMF’ and he was buzzing off that. It was Lex Luger in his prime and Juicy J in his prime — Juicy J is still kinda cool but now he just makes straight dance songs. On Rubba Band Business, Juicy J was still very Memphis with it, but over Lex Luger beats. It has Rick Ross and DJ Paul on the same song (‘$$$ Signs’), and Gucci and Nicki Minaj (‘Girl After Gril’), those were cool. It revamped Juicy J’s career.

When it comes to Lex Luger, he created his own atmosphere and his own sound. His sound was really crisp: his synths are really trebly, thin and high-pitched, but really clear sounding. It’s a lot better than the fuzzy, augmented seventh chord synths you’ll hear in most songs. It’s something he did himself the first time; his use of the synth arp in FL Studio is really cool. For a good two years, everybody was trying to be Lex Luger.” 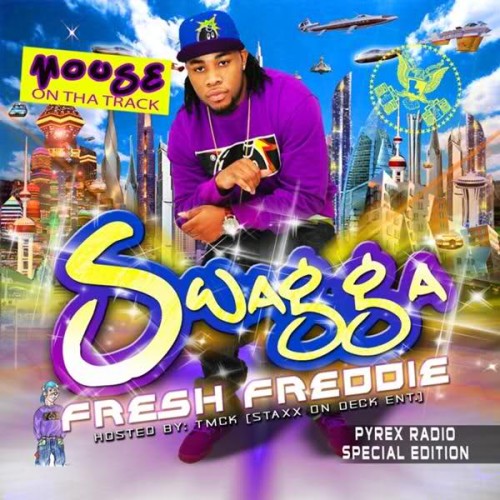 “Any track that is a hit in Baton Rouge that comes from Baton Rouge is produced by Mouse on tha Track. There’s ‘Wipe Me Down’ and ‘Zoom’; he’s produced most of Boosie’s classics. Swagga Fresh Freddie is such a bad ass tape. A lot of people came to Baton Rouge from New Orleans after Hurricane Katrina, and most people in Baton Rouge try to sound like old Cash Money.

Mouse on tha Track definitely listened to Cash Money growing up, but he didn’t try to copy them. The title track on Swagga Fresh Freddie is one of the best rap beats I’ve ever heard. He’s got Baton Rouge rappers like Foxx and Level on there, he’s got a track with Soulja Boy. There’s ‘Cartoon’, that song is so funny! Baton Rouge and New Orleans are funny as fuck when it comes to hits, most of the songs are mad ridiculous. A big track in New Orleans was the Nola Bounce version of that Walmart song.

The rappers here stay true to the Baton Rouge and New Orleans sound; no one is trying to integrate anything into their sound. Kevin Gates has a really split fan base in Baton Rouge. I respect Kevin Gates because he made it, but he’s a guy who gets too caught up on Instagram; his personality almost kills it for me.”