Starkey leaves the club with NOREMIXES, a home for ambient synth and modern classical music 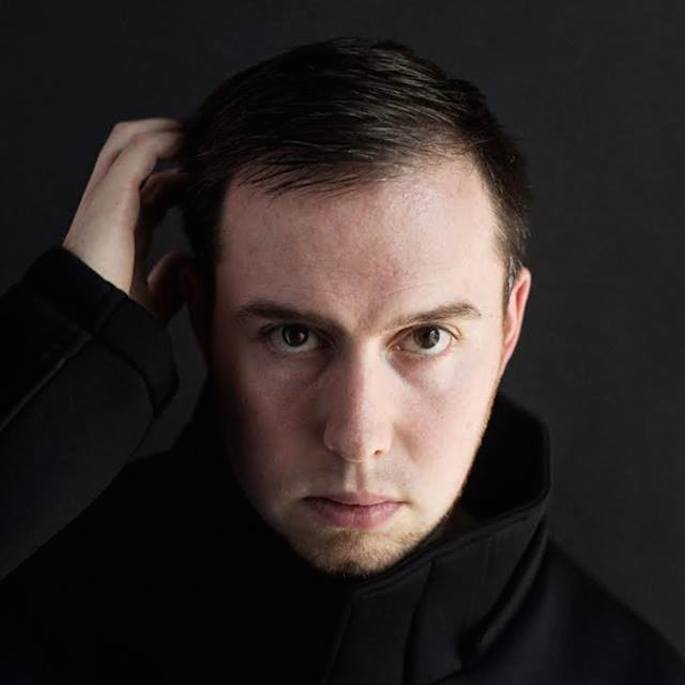 Starkey is no stranger to FACT, having been a key US proponent of grime and street bass for nearly a decade. Last year, he added to his already full plate with a new label.

NOREMIXES is an outlet for synth music, electro-acoustic, ambient and modern classical styles, rather than the heavy club material released by the other labels that he co-owns, Slit Jockey and Seclusiasis.

With Philadelphia musician RVLVR’s Astral EP out on NOREMIXES today, we spoke with Starkey about his plans for the label, moving forward. In addition, we’re streaming “The Starkville Symphony Reinvention” of RVLVR’s ‘Astral’.

I remember on an old mixtape you closed with a modern classical track you’d done, so it’s really cool to see you explore that side of non-club music so explicitly with the label. Have you been wanting to do this for a while?

I’ve released some music over the years that has kind of straddled the world of concert and more ambient synth music, for lack of better words. Stuff like ‘Craters’, ‘Contact’ and ‘Flat Spin’, as well as ‘Synchronize’ and ‘Crashing Sphere’ from Orbits. So yeah, it’s been something that I’ve been thinking about for some time.

I spent most of 2014 planning what the label would be and how it would be presented, so that I could launch in 2015 with a really strong release schedule and a strong sense of what the label is and how it’s different from some of the other “experimental” labels that are out there. It’s something I’ve been interested in and followed.

Even when I was younger, I was always drawn to music that was a bit out there, but at the same time really enjoyed just simple, beautiful, melodic concert music as well. NOREMIXES can be both those things and still feel like a very focused label I think.

Are you releasing music by club producers who also want to do stuff away from the floor, or is it gonna generally be releases by people who focus on synth music or classical, for example?

Both. Last year I sent some private emails to a lot of my producer and writer friends and told them about the label’s concept. I opened it up so that people had the freedom to do whatever kind of project they wanted.

The first release that I did this year was from an artist named Golden Ratio Syrup, which is actually a secret moniker from a producer who wanted to do the project under a different name. But many of the upcoming things are from people who are just doing this kind of thing, or did projects that work for the label, like Beck-Fields, Mikronesia and ghostinthehills.

The next release after this RVLVR project is actually from a London-based composer, Daniel Potter, who is also known as Warsnare. He’s released some stuff with Seclusiasis the past couple years. He went to college for composition, and the music he’s writing under his real name is great. It’s just very different from his Warsnare output.

Why the title? Is is a comment on the amount of needless remixes people throw on EPs, or just a reference to the fact you’re aiming a little grander with a “Reinvention” here?

Ha. I called it a “Reinvention” partially because the label is called NOREMIXES. So if the second release had a remix on it, I feel like that would look kind of funny. But also, I did it because the way I approached the track was pretty much like a cover of the original, not a remix. I only really used a short ambient sample from the original RVLVR track; everything else was newly produced. I really like the melody and overall vibe that he created for ‘Astral’ and I just thought it would be fun to take it in a slightly different direction.

Obviously I’m also co-owner of the Slit Jockey and Seclusiasis labels, and remixes are a part of what we do and a big part of dance music in general, so I’m not anti-remixes or anything like that. It’s just a way of differentiating this label from what other people are doing and making it it’s own thing.

What else do you have coming up on the label?

Daniel Potter’s first release is coming up next. It’s straight modern classical with one piece being for string quartet and electronics, and the other for flute, oboe, clarinet and electronics. Then, Mikronesia’s album is dropping March 2. We’re also doing a Kickstarter for that to press the record on vinyl, and one of the tiers he’s doing for it is a private in-home concert for the backer and whoever they want to invite over.

After that is ghostinthehills, Beck-Fields, and a record from Atmosphreq which we are planning to do a really cool physical release with involving original photography. There are also releases being finalized from Oh! Pears, Joo Won Park, Winter Sleep and another Daniel Potter thing. There’s some other more secret things going on as well, which people will just have to be on the look-out for.

Since a few of the people live in or near Philadelphia, we’re doing a label launch party on March 19 at Johnny Brenda’s. It’s going to be seven acts back to back and should be an amazing night of music. I’ll be doing a live set that night as well.

Who would be your dream release on the label?

Oh man… hahah. This is so difficult. Vangelis would be next level obviously. Maybe a Richard D. James prepared-ish piano thing. Something from James Cargill from the Broadcast would be great as well. There’s too many things I could think of honestly.