Ambient composer Lawrence English announces reissue of The Peregrine, shares haunting video for ‘And He Sleeps’ 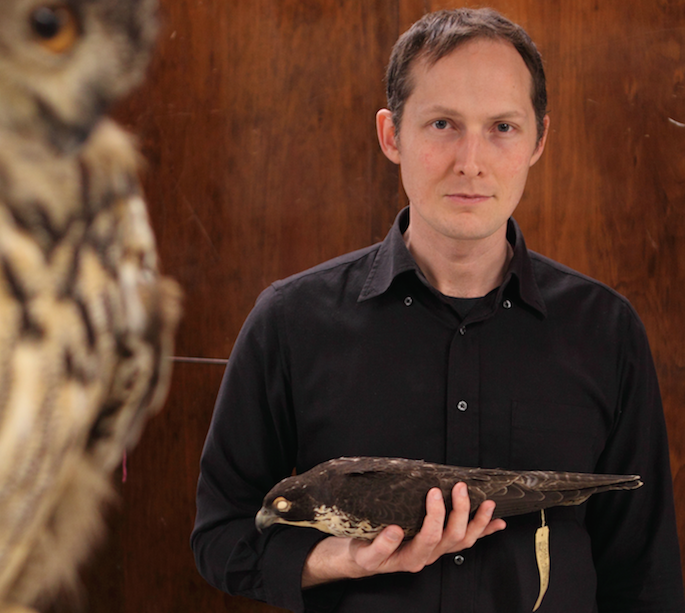 One of the current masters of ambient music will reissue his seminal 2011 album this spring.

Though his label Room40 is turning 15 this year it feels like ambient artist Lawrence English has been delivering his greatest work in these last few years. Last year he released the stunning Wilderness Of Mirrors, a record that inspired some to call 2014 the year of the ambient revival. English recently released Viento, built of pure field recordings and will now follow that by reissuing 2011’s The Peregrine.

The Peregrine was inspired by and shares the name of J.A. Baker’s non-fiction ode to the falcon. The book is a favorite of English, one he’s said to have bought and gifted to over 100 people, including Werner Herzog (who promptly made it required reading at his film school). Now the record will be released on LP for the first time on March 31 via Room40 and to mark the announcement English has shared a haunting Paul Rankin-directed video for the closing track ‘And He Sleeps’.

Watch the video and read a statement from English below.

“This book changed my life. So much so that I felt it necessary to make a record about it and find some small way to respond to what is, in my opinion, one of the finest literary outings of the 20th century. I hope you can find some space in which to experience both the book and this record”

Lawrence English – And He Sleeps from ROOM40 on Vimeo.