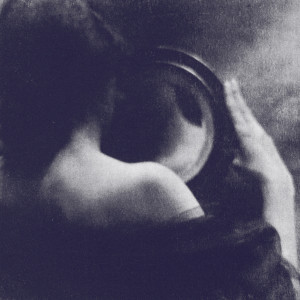 Abstract or instrumental music is often described as cinematic, but it’s a term that can be problematic. For the sake of argument, a definition of the word as applied to music might incorporate a tendency to follow narrative arcs, expansiveness, expressive mood, and physicality. In that regard, Lawrence English’s latest album Wilderness of Mirrors fits the descriptor well.

Tracks are painterly, with drones rendered in thick impastos and light washes that are constantly shifting, swelling and retreating. ‘Another Body’ crushes you in rolling waves of hot noise before weightless, trebly drones emerge from the clamour in a terrific manipulation of sonic space that’s alternately claustrophobic and expansive (and, occasionally, both at once). ‘The Liquid Casket’, the album’s soaring opener, sustains a harmonic drone throughout, English dotting it with metallic flecks and grinds and adding layers that mesh without merging into an indistinct blur as they fill the space.

In an interview with John Twells, English explains that when he was producing the album “there’d be a layer, and another layer and I’d just erase that first layer. So what might have been a melodic progression… becomes a kind of harmonic echo.” On Wilderness of Mirrors’ quieter passages, the effect can be like a musical palimpsest. Take the clanking chimes on ‘Guillotines and Kingmakers’, submerged somewhere within a fiercely billowing drone, making for one of the album’s most intimate moments, before the dynamics rise sharply and the drones tower and solidify, growing dense and forbidding.

In the text accompanying the release of Wilderness of Mirrors, English says that he was inspired by live performances by bands such as Earth, Swans and My Bloody Valentine. “I deeply respect [them] for their use of volume as an affecting quality,” he says, “and each of them reinforced my interest in emulating that inner ear and bodily sensation that extreme densities of vibration in air brings about.” Of course, the physical impact associated with those groups’ performances, and by extension this album, isn’t simply down to continuous high volume, but to huge dynamic range. The opening of ‘Forgiving Noir’ is frantic and severe, for instance, but its quieter passages wield power every bit as great, albeit more subtle, than the louder, more punishing sections. The track goes through so many phases, from the devastating low end of the introduction to feathery drones and abrasive harmonics, that it’s almost surprising they constitute one piece.

English cites the “the retraction of a great many social conditions and contracts that have previously assisted us in being more humane” as central to Wilderness of Mirrors and although barring track titles the album is short on direct references, especially as English avoids using field recordings in more than a “spectral capacity”, its moods speak to this theme. They fluctuate from deathly paranoia (the middle section of ‘Forgiving Noir’) to breathless, unresolved tension (‘Graceless Hunter’) and latent ferocity (‘Wilderness of Mirrors’, the piece that most clearly betrays the influence of Ben Frost). As such, it has as much in common with both the extreme musicians English cites as an influence and artists such as Frost and Tim Hecker, who lace ambience with violence, as with the more conventional drone of, say, Slow Walkers, his collaborative album with Grouper. Drone albums are by their nature immersive, but it’s rare to come across one so tempestuous, evocative and compelling from start to finish as Wilderness of Mirrors.