For Club Use Only: October’s best under-the-radar dance tracks

There’s always a steady stream of club-focused singles and compilations, and October’s For Club Use Only is as stacked as ever.

This month saw the release of a ton of great material, much of it on compilations by Circular Jaw, Classical Trax, Track Meet, Brunswick Sound and Prjkts. While often uneven, these efforts usually contain some sneaky good tunes and shouldn’t be glossed over, especially when it comes to club fodder.

As far as the tracks that made it into this month’s column, the abiding theme is muscular sound system music, and with a few exceptions – it is still sunny in Los Angeles after all – these tracks from Doctor Jeep, Dreams, Air Max ’97 and more are prepped for late night club play. Support quality as always and be sure to buy the releases included on whatever format fits your tastes and predilections.

New York resident Doctor Jeep has been pushing UK sounds for years, championing a hybrid approach to DJing that sees everything from grime, dubstep, garage, jungle and UK funky mixed with classic house, stripped back techno and East Coast club forms. His latest release, a set of UK funky bangers out November 9 on Tumble Audio, sees the producer strip down his aesthetic to its most efficient elements.

On ‘Violinz’, those elements are driving, syncopated drums, roaring sub bass and a functional, mechanized string melody. It’s club music that doesn’t beat around the bush, making its intentions known from the outset and hitting all the right notes. Doctor Jeep sits on the cusp of the major money dance music circuit in the US, but hasn’t given in to any of the populist pressures that generally entails, each successive release, remix and mix proving his focus and ability to conquer the rougher side of the dance music spectrum.

With a few choice efforts on Keysound compilations and a penchant for earworm vocal snippets, Glaswegian Fresh Paul – despite not garnering the same amount of attention as the likes of Visionist and Logos – has been one of the most consistent members of the 130/instrumental grime movement for the better part of five years now. May’s Blue Knuckle EP on Hear Other Sounds is one of the more spacious, expansive grime releases we’ve seen this year and his latest, a remix of Abe’s ‘Channels’, shows off the more percussive side of his repertoire.

A member of the legendary House of Labeija, Skylaurr Rathkeaux (aka Skyshaker) has been hotly tipped as one of the next big artists to come out of the ballroom world and his latest track, a remix of Janet Jackson and Missy Elliot’s ‘BURNITUP!’, will only bolster that opinion.

The remix also marks his alliance with MikeQ’s Qween Beat label, a fitting place for his swirling productions and an outlet with an increasingly impressive roster. ‘Burnitup!’ matches Janet and Missy’s vocals, allowing the vocal refrains to thrive on their own over minimal percussive arrangements towards the beginning of the track, before Rathkeaux chops them into oblivion.

Having released two excellent EPs on Trax Couture and Liminal Sounds, joined the inaugural roster of Nina Las Vegas’s NLV Records, and expanded his scope to fashion, it’s hard to imagine that Air Max ’97 has time to run his own label, but that’s exactly what he’s doing with DECISIONS.

Aided by artwork by Timothy Erdei, a Hungarian robotics professor, DECISIONS01 comes from Air Max ’97 himself, a single that shows off the militant poise and cohesive vision we’ve come to expect from the Melbourne-based artist. Both sides of the single are well worth your time and the video for ‘Core Work’ is a sight to behold, but having seen ‘Expenditure’ get a few reloads over the weekend, it gets the placement in this month’s column.

Two or three DJ B-Boy efforts always seem to make it into the running for the column, the Tia Maria Produções member seemingly always churning out quality material. ‘My Feelings’ is a medley of sorts, featuring several different melodic switch-ups across its four and a half minute run span. Silky guitar and bright, pointy synth lines make up the majority of the melodic quotient, riding over the top of languorous kizomba drum programming.

London-based producer and DJ Mina has been tearing it up lately with her Boko! Boko! show on Radar Radio, bringing in guests like DJ Lag and 2Pekes while showcasing a wide range of dancehall, reggaeton, afro house, gqom, kizomba and more.

A collaboration with Lorenzo_BITW, ‘Tombura’ (out now on Friends of Friends) highlights Mina’s skills behind the boards and her latest effort, a VIP version of an earlier track call ‘Medaase’, is another ecstatic, sun-bleached success. With vocal assistance from music students at the University of Winneba in Ghana and a simple marimba melody, the track bounds along, its polyrhythmic base slowly pushing and pulling the dancer at a confident, unhurried pace.

Three of the four tracks on Why Be’s debut Snipestreet EP (out on Rabit’s Halcyon Veil label) would have been appropriate for this track, but while ‘Heroin Hat’ will almost certainly end up as one of my favorites of the year, ‘Late (Laser Ha)’ is getting the most play in sets as of late.

Considering the sheer volume of tracks sampling ‘The Ha Dance’, it’s rare to find a quality flip outside of a select few ballroom producers, but Why Be’s cheeky take on the trope succeeds on all levels. Breathy “ha” refrains are splayed over a bed of laser sounds, driven by an insistent kick and razor-edged snares, the whole track seemingly referring to some sci-fi saga that doesn’t quite materialize in any manner beyond the physical.

With his debut solo album, King Triton, out December 11 through Oil Gang, it appears that JT The Goon might just be receiving the clout he’s deserved since initially breaking out with Slew Dem Crew in the early 2000s. If you’re not an avid follower of his SoundCloud account though, you might have missed ‘Aquarius Riddim’, a kooky banger that sees his mastery with strings taken to ridiculous heights.

Though it’s not on the album, ‘Aquarius Riddim’ highlights the skills that have made JT one of most well-respected producers in the grime world, a finesse that allows for both grace and bombast.

Taking cues from the likes of Zenker Brothers and Boddika at his sparsest, Dreams excels at these sorts of drum workouts, allowing just enough space for a flitting vocal sample. The remaining two tracks on Twisted Karma are also aimed straight at peak time and with some on-point artwork, the 12” is well worth adding to the bag.

One of Zakmatic’s most direct tracks yet, ‘Lost World’ is a standout on a packed Track Meet Compilation 03, blending the producer’s paranoiac sensibilities with a more traditional four-on-the-floor rhythmic structure. Lechuga Zafiro and DJ XAVION’s respective contributions to the tape are also excellent, the former a collage-like take on reggaeton and the latter a spastic, trance-soaked East Coast club anthem. 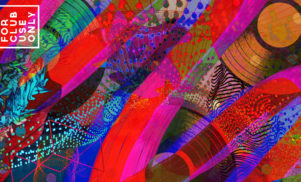