This week, Rihanna channels Future with Mike Will Made It, Shaun Ryder’s football anthem flies way over the bar, Limp Bizkit’s guitarist elicits the same damn joke from everyone, plus Abra, Usher and Strict Face. It’s peak Singles Club.

Tayyab Amin: Who made the decision to open the song with Usher crooning over a wet fart? The verses are so much better – I’m really into downcast, restrained Usher with a beat to match. His voice is really graceful on this one, but my worry persists that he’s lost all trademarks. (6)

Chris Kelly: It’s a shame that Usher put ‘No Limit’ behind the Tidal wall: it’s a ‘Planes’ soundalike that nods to Master P and features Young Thug (instead of J. Cole), and is definitely better than ‘Crash’. While the lyrics here aren’t as cringeworthy as his mansplaining hit ‘I Don’t Mind,’ he should have just reconnected with Diplo if he wanted to do lowkey EDM-pop. Usher still has it – just not on this one. (5)

Zoe Camp: ‘Crash’ seems to indicate a shift back to the Ibiza-inspired sound of 2012’s Euphoria, but the bubbly synths on this scream Disclosure. It’s certainly a standout among his dancier cuts, although he’s too liberal with the dog-whistle runs for my taste. (5)

Haley Potiker: Usher found his way into 2016 and the results are disappointing (though the falsetto is still there). Late-period Usher often sounds like he’s chasing trends, but this sounds like something Alicia Keys thinks about making between filming Levi’s commercials. We’ll always have Confessions. (6)

Son Raw: Flat like a fizzy drink left out overnight. ‘No Limit’, the new Usher track featuring Young Thug, is the one you want. Say what you want about pop dancehall or *shudders* “tropical house” – at least it’s reintroducing a polyrhythmic drive to pop. This is probably going to be a cool-down classic at your mum’s spin class, though. (3)

Mike Will Made It and Rihanna – ‘Nothing Is Promised’

Tayyab Amin: Even with Rihanna’s vocals, it’s impossible to not hear Future on this. It’s not just his background presence or his lyrics, it’s the fact that it sounds like he wrote it for Future rather than Rihanna. RiRi undoubtedly makes for a pretty good Future, but she’s truly at her best when she’s Rihanna. (7)

Zoe Camp: The beat on this is sinister enough and it’s great to hear Rihanna rapping, but she doesn’t offer enough variety or dynamism throughout to sustain my interest for more than a minute or two. (3)

Chris Kelly: This could have been the type of Mike Will Made-single that was missing from Anti, but instead it’s like all of Mike Will’s other singles: forgettable productions that under-utilize their guests (e.g. ’23’, ‘Buy the World’). I’ll save you a trip to Wikipedia: yes, Future co-wrote this, but they should have paid him for a verse to replace that ho-hum bridge. This one is as interesting as a conversation between stoners. (4)

Haley Potiker: I will always be here for new Rihanna, but you can tell why this track didn’t make the cut for Anti. Mike Will Made It and Rih make a strange pairing – the beat’s aggressive highs and almost-silent lows are met with a consistent vocal performance, and it sounds more like a remix of Rihanna song than a Rihanna song. None of this is to say that the track shouldn’t exist — rather it’s a testament to how strong the album is. (6)

Son Raw: Rihanna’s cribbing Future down to raiding Mike Will’s ad lib folder, but damn if she doesn’t body this style. Anti deserved better from us eggheads – it didn’t have Lemonade’s built-in storyline or political talking points, but it stands as the more adventurous of this year’s R&B concept albums. If this is what she’s moving on to though, no complaints from me. (8)

Zoe Camp: Strict Face wasn’t playing around with the title – his beat swipes and stabs like it’s straight out of Psycho, lending some friction to an otherwise smooth revisitation of late ‘90s R&B bombast. Very spooky. (7)

Tayyab Amin: I’m so ready for Strict Face to drop a 2016 It’s All About the Stragglers (it’s sick, any dissenters can do one). SF’s a wonderfully dexterous producer and K-Major feels really comfortable and sleek over the instrumental. Part of me wishes there was a more dynamic balance and that the vocal went on to try steal the reins from the beat – it’s the only thing between the single and perfection. (8)

Haley Potiker: K-Major has a fantastic voice, but the production here is borderline unlistenable. I recommend turning this off and listening to Mary J. Blige’s ‘Be Without You’. (3)

Son Raw: Full disclosure: I’ve been following Australian producer Strict Face’s English tour on Twitter religiously, and it’s impossible not to support someone who’s both this talented and genuine. Thankfully, he makes it easy here: harp plucks, K-Major’s crooning and the type of post-Timbaland beat 2016 deserves. (8)

Chris Kelly: Strict Face connects the dots between ‘The Boy Is Mine’ and the gorgeous arpeggios he crafted on tracks like ‘In Evergreen’, enlisting K-Major for a breathy vocal reminiscent of Jhené Aiko (of all people). Like the artwork – a butcher knife with a lipstick kiss on it – this one mixes menace and romance perfectly. (7)

Four Lions – ‘We Are England’

Chris Kelly: A football chant drowned in Madchester nostalgia? If it saves Europe (and the world) from this, bring on Brexit. (0)

Tayyab Amin: “We’re England ‘til we die!” this lot pub chant, in a video that contains more Union Jacks (1) than England flags (0) – probably because the latter has all but become synonymous with rabid xenophobia. I’ve never heard a bigger beg of a song, this didn’t even get that BBC money. Can’t settle on a favourite lyric – I’m thinking, “We’re all in this together” or “We’re English, we’re all mixed race!” This is my favourite bit of the video, really channels what it’s all about. (0)

Son Raw: At the very real risk of getting told off by editorial, The Happy Mondays’ Pills n’ Thrills n’ Bellyaches is actually really good if taken for what it is: a completely whizzed-up piss-take on lad culture. Think a Manchester Licensed to Ill. This, unfortunately, does away with all of the sardonic humor in favor of the sort of limp-dicked propaganda Shaun Ryder would have shitted all over in his prime. (0)

Zoe Camp: Being the smug American I am, it’s easy for me to shake my head in confusion at a song like ‘We Are England’. Then again, American football is basically a blood sport pitting brain-damaged gladiators against each other in recurrent concussion-filled showdowns, so I’m in no position to complain. (6)

Haley Potiker: Y’all, I’m not sure what this is so I’m going to use this space to review the song Lil Wayne made for the Cleveland Cavaliers, ‘Off Off Off’. Here in AMERICA, the NBA Finals are in full swing, and LeBron James, Kyrie Irving, and Wayne acquaintance JR Smith are down 3-1 against the most annoying team in the league, the Golden State Warriors. Here in AMERICA, we don’t care that Lil Wayne is changing basketball teams well into his 30s. The title, of course, is a play on Iman Shumpert’s own song from last year’s playoffs, ‘The Offs’. Produced by Ben Billions, ‘Off Off Off’ shouts out almost every player on Cleveland’s roster, including Kevin Love, who does not deserve it. Now can you dab for the Cavs? [Reviewer’s opinions do not necessarily reflect those of FACT. Go Warriors – Basketball Ed.] (2)

Tayyab Amin: The bounce to that bassline, that distant harmonising, the chorus melodies – Abra pushes all the right buttons. I’ve found the expansive intimacy of her songs irresistible so far. Somehow her lyricism has surpassed her singing and producing this time round, which is no small feat. How exciting it is to hear a great musician grow! (9)

Chris Kelly: So many songs with ‘80s influences get the “cold” and “dark” parts right but forget that you could actually dance to the originals. Not Abra: ‘Crybaby’ nails the 808-powered grooves of freestyle and electrofunk while staying true to her aesthetic on a song that features some of her sharpest songwriting and most expressive vocal performances. Abra’s growth as an artist has been exponential, and ‘Crybaby’ is her best song yet. (9)

Haley Potiker: I really wanted to love this. Abra has an amazing aesthetic (that album art!) and a great voice, but she overpowers her vocals with the production here. With some fine tuning this song could be reminiscent of early ‘80s Madonna or maybe an experimental Jazzercise VHS. It’s a strange pick for a lead single, but I have high hopes for the rest of the record. (5)

Son Raw: OK, I take it back: electro can apparently still have a reason for being, assuming Abra’s singing on it. The crucial distinction here is that instead of warmed-over Cybotron vibes, this sounds like the Latin freestyle update I’ve been waiting 20 years for. The most underrated ‘80s dance music deserves its moment in the critical limelight. (7)

Zoe Camp: Let’s add “You always call me a crybaby / Well let me teach you how to cry, baby” to the list of 2016’s most brutal comebacks, shall we? Quiet storm R&B typically concerns itself with pining and whining, but Abra’s self-produced track takes those emotional trappings to the next level, weaponizing her vulnerability to great effect. (7) 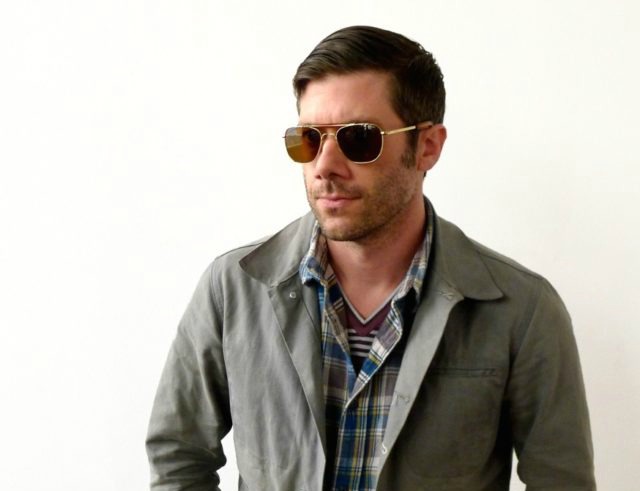 Haley Potiker: Welp, the guitarist from Limp Bizkit discovered synths and is trying to go highbrow. If I had to guess, I’d say he’s probably doing it for the nookie. (3)

Tayyab Amin: Frusciante did it better. (3)

Chris Kelly: Even if you hate Limp Bizkit, you should like Wes Borland, the weirdo in the blackout contact lenses who seemed to be winking at the audience while Fred Durst whined about the nookie. [OH MY GOD AGAIN – Ed.] Borland has been doing non-Bizkit projects for years (I’ve never listened to any of them, TBH), but his foray into Carpenter-esque electronics sounds like the “Synth Pop 1” demo on an old Casio. (3)

Zoe Camp: This song’s cool, it reminds me a lot of Yellow Magic Orchestra! Catchy as it is, I still can’t let go of Borland’s past projects–as I vibe to this I swear I can see his pale, made-up face peering out from the void. I’ll admit that I needed to listen to Pitbull’s EXCELLENT new single ‘Messin’ Around’ at least once to get that image out of my mind. (6)