Hands on with the Basslet, a wearable subwoofer for your wrist

Between smartwatches, fitness trackers and devices to alert us to the presence of Pokémon, there are already more wearable gadgets out there than we can fit on our wrists.

The latest device that wants to take up several square inches of your arm has a completely different function, however: it’s a wearable subwoofer called Basslet. The brainchild of a startup called Lofelt, which was founded by two former Ableton and Native Instruments employees, the Basslet is exactly what its name suggests: a bracelet that looks like a smartwatch and adds force feedback to music, films, video games and anything else you can listen to through headphones.

When I first heard about the device after it launched on Kickstarter last month I was dubious. How could a wearable with a tiny vibrating engine adequately recreate the visceral sensation of bass from a huge speaker stack hitting your body? The honest answer, after spending some hands-on time with a working prototype, is that it can’t. But that doesn’t mean it’s not an impressive piece of technology which will find fans in everyone from music lovers to music producers.

The Basslet ships with two components: the bracelet itself and the “sender”, which plugs into any standard 3.5mm headphone jack with no additional software required. With your headphones plugged in, the sender transmits data to the Basslet, which then interprets it as a series of subtle vibrations on your wrist. My first instinct was to try the Basslet with techno and electronic music, and it worked exactly how I thought it would, transforming the irregular kicks of Autechre’s ‘feed 1’ into oddly satisfying pulses. You can increase the intensity either by increasing the volume or by using buttons on the side of the Basslet itself.

Lofelt CEO Daniel Büttner describes the tiny engine at the heart of the Basslet as “the Retina Display of haptic feedback.” He makes a bold claim comparing it to Apple’s high-resolution screen technology, but it’s capable of far more nuanced feedback than I expected. When I tried it with acoustic music – Büttner selected a double bass instrumental as an example – the Basslet’s response was much more nuanced; the decay of the note worked its way across my wrist from right to left in a way that felt properly three-dimensional rather than something just drumming on my arm. It even worked well with ambient music, creating a subtle sensation revealing previously unnoticed low-end frequencies in this mix of ambient video game music. 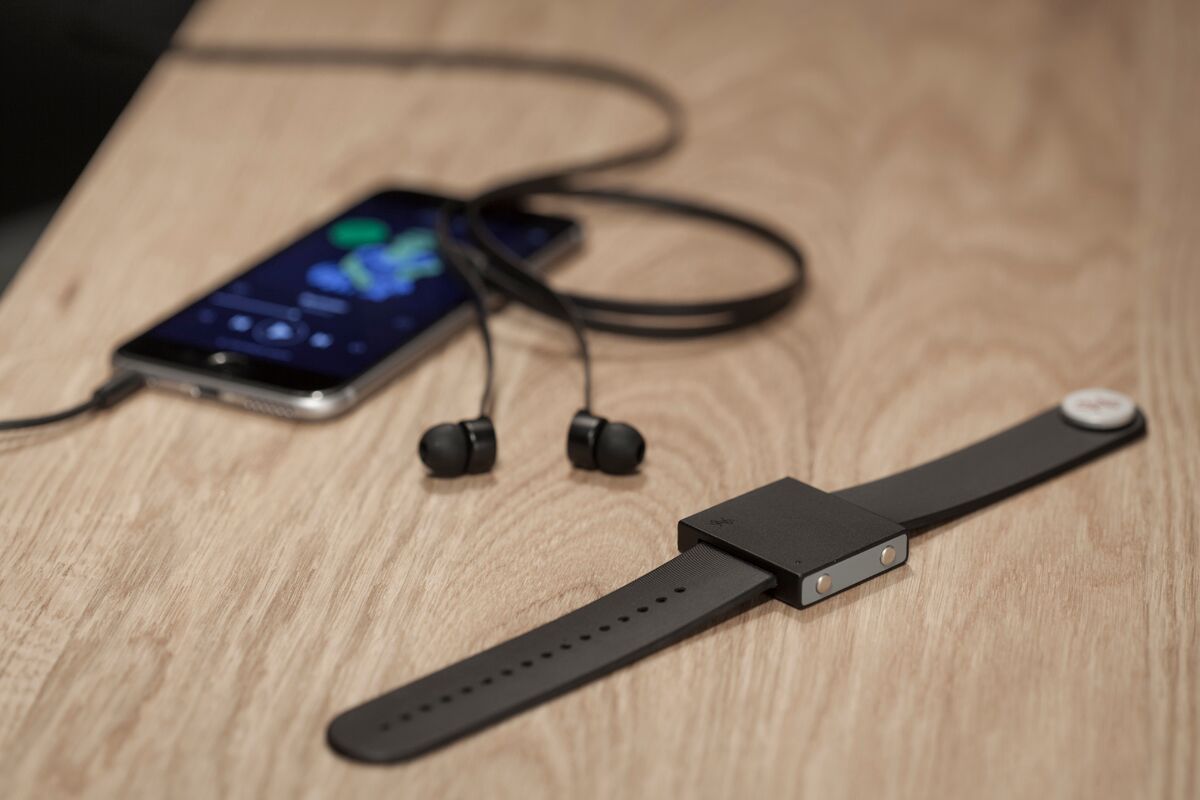 In each case the Basslet helped my brain to fill in the physical blanks that often occur when you’re listening to music through headphones instead of proper speakers. It’s definitely not a full-body experience, but after a while your brain seems to interpret it as one; anyone who’s been playing video games with force feedback since the days of the Nintendo 64’s Rumble Pak will understand exactly what I mean when I say you don’t consciously notice it, but you miss it when it’s not there. It reminded me less of a phone vibrating and more of the force feedback you get from a PlayStation controller: powerful, but actually quite unintrusive once your body acclimatises itself. For producers who don’t have access to large sound systems for testing their tracks, it’s just enough to help you understand how music will feel in a context with more bass.

Beyond the design of the haptic engine, the Basslet is an attractive product with a clever charging solution. Rather than having an unsightly mini USB socket on the side of the Basslet for charging, the power cable is plugged into the sender device, which then delivers power to the Basslet via a magnetic interface. It keeps the Basslet sleek and means you only need one cable to charge both components. The black strap that ships with the Basslet can also be swapped to one of your own choosing. 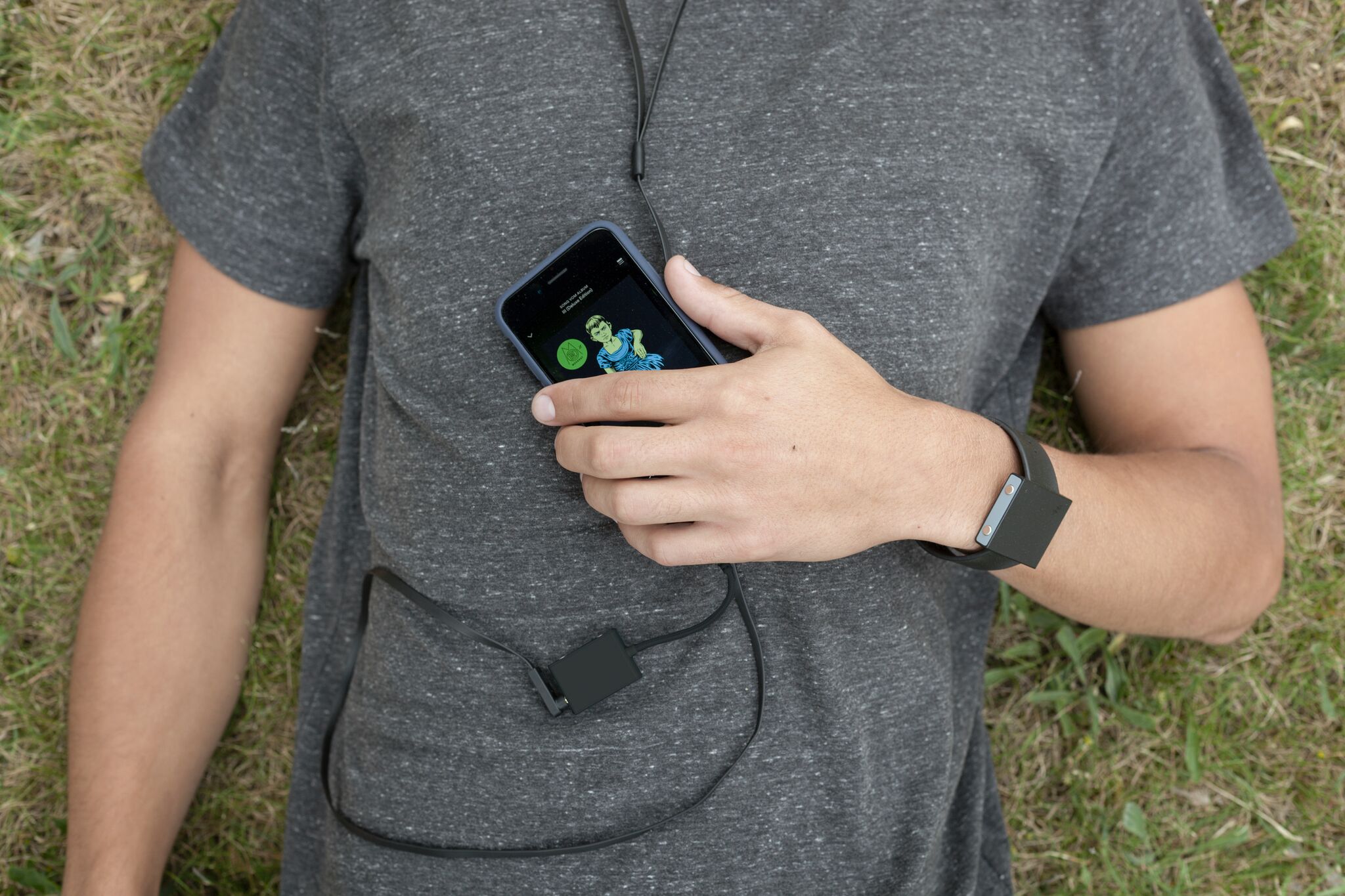 Early enthusiasm for the Basslet proves there’s an appetite for such technology, but it’s not the first: SubPac is another device designed to give producers bass feedback, and it’s done with a body armour-like vest with greater surface area. “The SubPac has a different use case,” says Büttner, who believes the two products have different applications and can happily co-exist. “We see the Basslet as more of a consumer device than the SubPac, and a consumer device needs to be convenient.” Büttner also notes that while the SubPac might be larger, the feedback it gives you is still localised – it’s just concentrated on a different area of your body.

The Basslet has already gone over its funding goal on Kickstarter, and there’s still time left to buy one before the campaign ends on July 24. As well as being able to get the Basslet itself as a reward for backing the campaign, the company has teamed up with headphone company AIAIAI on several bundles that will get you a pair of headphones. There’s also a producer’s bundle that includes free access to cloud-based mastering service LANDR.

It’s not a full body experience like the SubPac, but what you get is something a lot more practical: a device that you can take anywhere, which draws your attention to sound in different ways. I wasn’t sure I needed a Basslet before I tried one, but I certainly missed it when it was gone.

The Basslet is available on Kickstarter until July 24.