Dust off your 3D spex.

Kraftwerk have announced their first full UK tour in 13 years, taking their critically-acclaimed 3D live show on eleven dates across the country in June 2017.

Starting out June 7 at Glasgow’s Royal Concert Hall, the tour will stop off at Birmingham, Bristol, Sheffield, and more key cities, with two finale shows in London. This latest round of 3D concerts, which the band first rolled out at New York’s Museum Of Modern Art in 2013, follows a nine-date US run earlier this month. 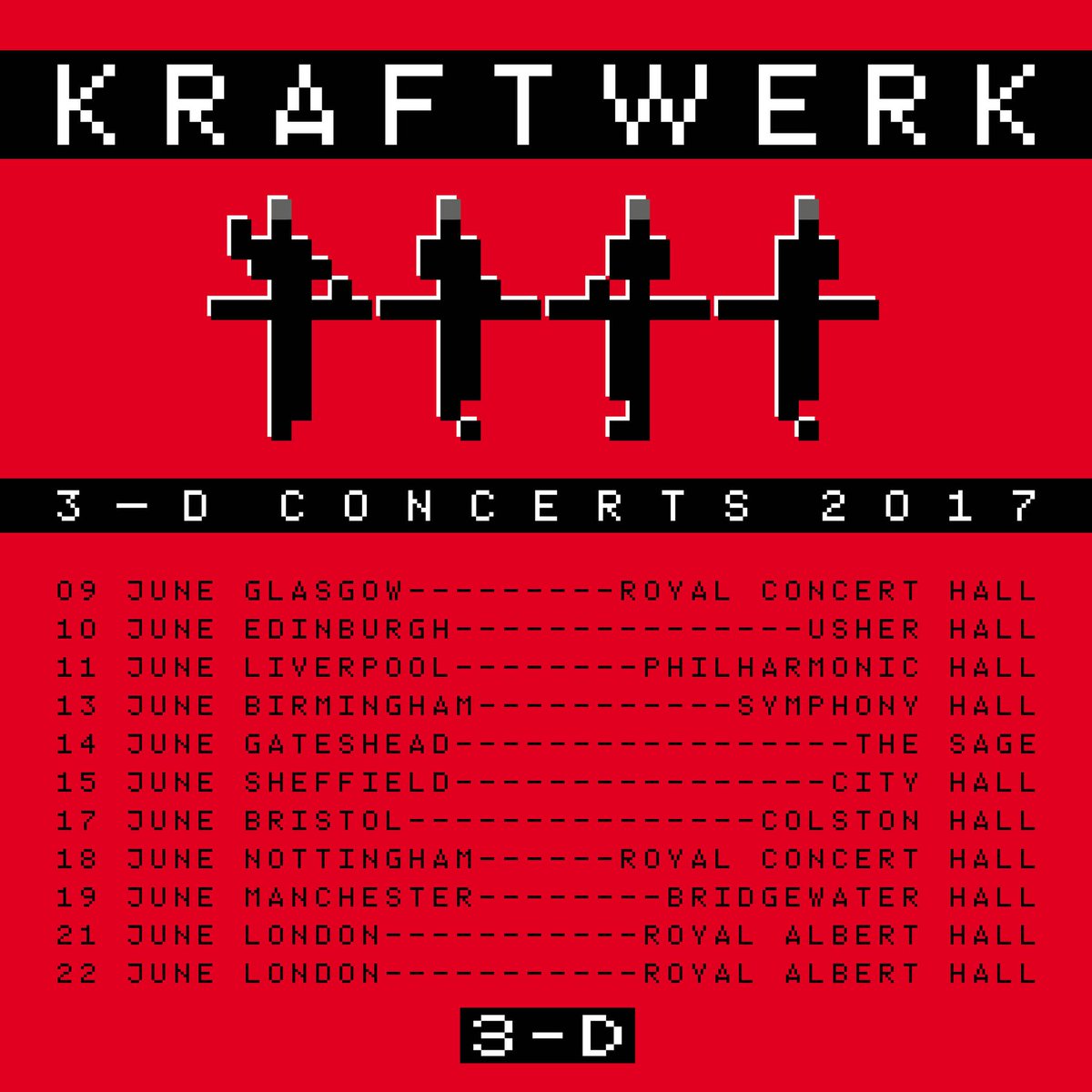 Tickets go on sale at 10am on Friday September 30 from gigandtours.com.

Read next: Machines for Living: reinventing the Kraftwerk back catalogue