On November 17, music-sharing database What.CD was shut down for good by the French authorities. The loss of the illegal members-only forum was immediately mourned by diggers from all corners of the world who had lost access to the internet’s largest and most meticulously catalogued database of unusual music. Chris Zaldua recalls a life of piracy and makes a case in defence of What.CD.

I have a confession to make: not long after my parents bought me my second computer, a beige rectangular brick powered by a 75mhz Pentium CPU, the first build of Windows 95, and a 28.8kbps dial-up modem, I began downloading music illegally – a practice I maintain to this day.

In the eyes of the law, and more importantly, the consortium of corporations that spends tens of millions of dollars lobbying the US government to ensure those laws bend in their favor, I am a “pirate.” Never mind that since I first attained gainful employment and began earning my own income, I’ve spent thousands of dollars a year supporting musicians I love and respect, buying dozens upon dozens of records (CDs, tapes, and downloads too) annually. Instead, I am a criminal. I am part of the problem. 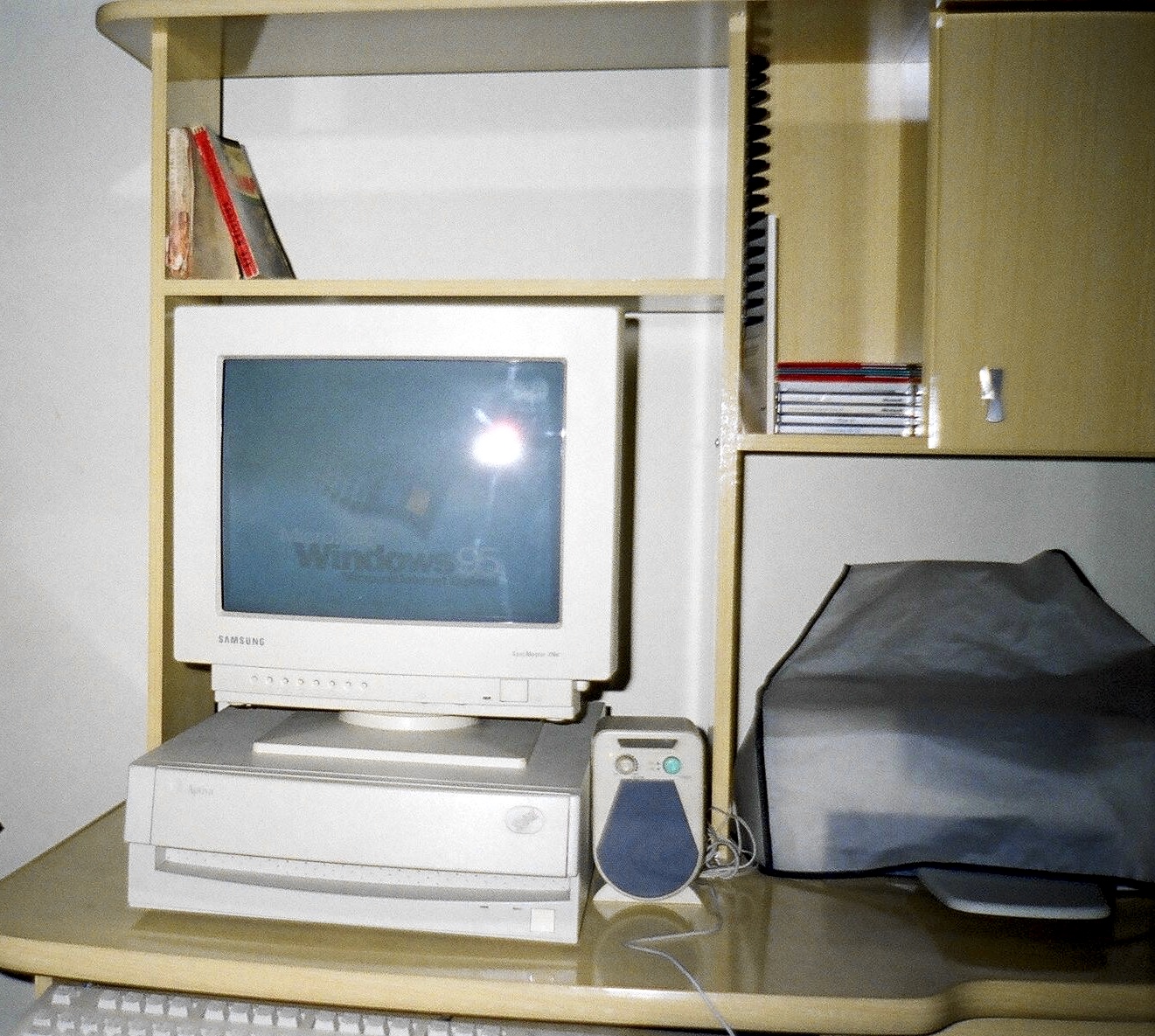 The star of What.CD’s show was its user base, who organized its vast catalog in myriad ways

By now, you’ve likely heard the news: What.CD, an illegal, invite-only warehouse of music torrents, was shut down by French authorities on November 17. The online mourning that immediately followed must have been a bewildering, even unsightly phenomenon to those who didn’t enjoy privilege of membership to this private club, approximately 150,000-strong. Why the outrage, the concern? Aren’t these just the crocodile tears of wily nerds no longer able to consume music for free?

In short, no. Much more than a clearinghouse of illegal music downloads, What.CD was the latest, greatest, most sophisticated and most comprehensive music-sharing community I’ve ever been part of, and I’ve been part of many. In fact, that had these music-sharing communities never existed (had the law had its way, in other words), I would not be the person I am today. Let’s back up for a minute.

It’s 1997. I am 13 years old. Having convinced my parents to trade the closed ecosystem of CompuServe for the wide-open Netcom, I am running wild on “The Internet,” a nascent virtual world I don’t quite understand. I stumble onto IRC, a loosely organized Mordor-like network of chat rooms, and I soon meet like minds who humor me as I gush about Nine Inch Nails and KMFDM. Eventually I am deemed cool enough, or corruptible enough, and a fellow named Jim from Washington, D.C. invites me to join his private FTP server. He suggests I grab Love’s Secret Domain by Coil and Chiastic Slide by Autechre; each takes a full night to download (28.8 kbps modems max out at about 3.6 kilobytes per second). Then I listen, and I am changed forever. In these two albums — infinite others, but especially these two — I find what I did not know I had been looking for, and I see the contours of my future laid out for me, a truth I am still discovering 20 years later.

I was hooked. I downloaded music voraciously, exploring scenes and sounds I’d otherwise never know, spending what little money I had on CDs and records in the meantime. Soon enough, I became a bit player in “the scene” – a shadowy cabal of professional pirates, according to law enforcement, or a disparate network of internet-obsessed music geeks, in my telling. I eventually gained access to Checkpoint, a database of nearly everything “the scene” had released and where to download it. At the time, I was only peripherally aware of the cultural importance of what I was looking at. It was not until What.CD (and its antecedent, OiNK) came around that I put the pieces together. 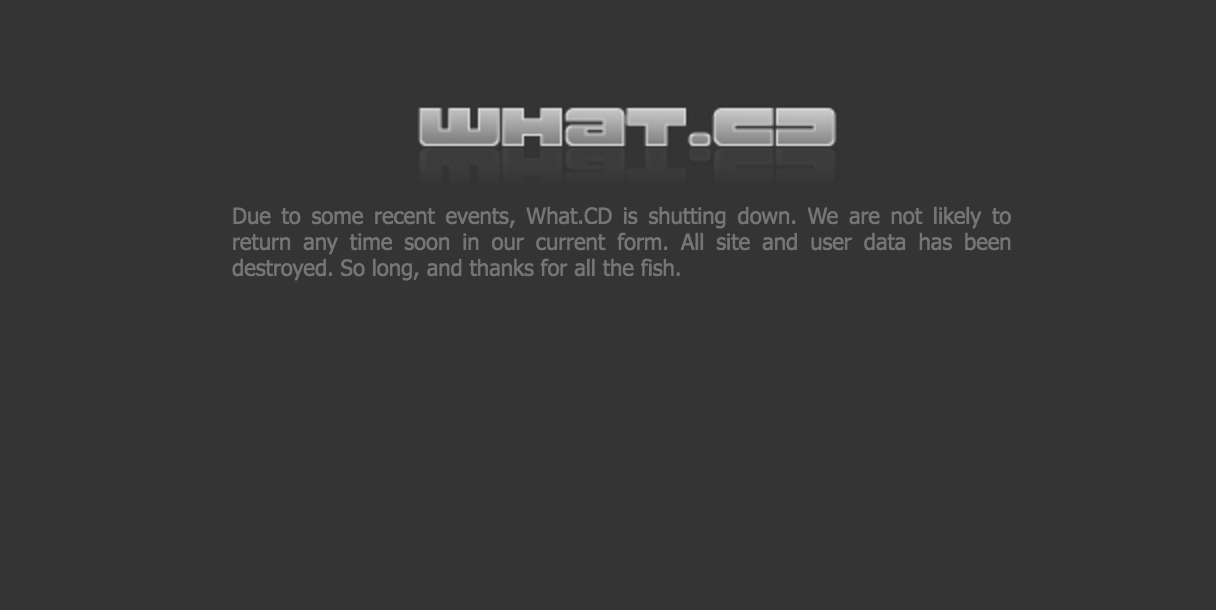 What.CD was perhaps the most vivid present-day exemplar of the original hacker ethic – until it wasn’t

What.CD is best understood as a library, or an archive, whose mission was making available to its members the entirety of recorded music known to mankind. (I found countless vinyl-only, hyper-obscure, out-of-print releases available on What.CD.) If that sounds like a lofty (or absurd) goal, it was, but What.CD came closer to achieving that goal than anything else I’ve ever known.

Moreover, What.CD was not only phenomenal for accessing music, but for discovering it too — which, in this author’s opinion, is the primary conundrum facing music listeners today. What.CD’s torrent database was tightly controlled and carefully edited, ensuring uniformity and regularity, and users could mine it via robust search facilities. But the star of What.CD’s show was its user base, who organized its vast catalog in myriad ways. Tags allowed users to search by artist, genre, style, BPM, and beyond. Recommendations abounded on the site’s in-depth discussion forums. Best of all was its “collage” functionality, a tool that allowed users to group together torrents however they liked: by artist, by label, or by more esoteric concerns (“Female electronic musicians”, “Best EPs of 2014”). No hyperbole: What.CD was a music lover’s dream come true.

What’s the point of all this? Should music always be free and readily available willy-nilly? On the contrary: I am deeply, passionately committed to the cause of fair pay for artists, musicians, and creators of all kinds. But over the past 16 years, we (consumers, artists, everyone) have been sold a false bill of goods. Copyright infringement is not stealing. And the solution proffered to us by the powers that be — streaming — has simultaneously disempowered consumers, chipping away at the very notion of “ownership” itself, while decimating the income of underground musicians. Streaming is definitively not the way forward. Its primary value proposition – convenience – is a smokescreen, a cover for entrenched interests (major labels, publishers, tech companies awash in capital chasing growth instead of profit) to trick consumers into a Faustian bargain, the endpoint of which is a narrowing, not a widening, of musicians’ role in society.

What is? For now, Bandcamp is perhaps the closest legal analogue to What.CD, although its library, and music discovery functionality, pales in comparison. It’s no substitute, but the more artists and record labels that sign on, the better it will be.

I’d like to share an excerpt from What.CD’s final statement, which may seem needlessly grandiose without context. But it is not. What.CD was perhaps the most vivid present-day exemplar of the original hacker ethic, until it wasn’t. “All information should be free. Mistrust authority—promote decentralization. You can create art and beauty on a computer. Computers can change your life for the better.”

To Oink: thanks for paving the way. One remaining hope for What.CD’s legacy is that it, too, will serve as a model for whatever comes next. Learn from our successes and learn from our failings. We’ve always avoided politics; our position should be clear. So if our memory is to achieve anything, let it serve as a kind of proof. You were there. You shared an experience with hundreds of thousands of kindred explorers. Don’t forget that there are people who are willing to work to ensure that works of cultural value can be preserved and shared. Granted, we worked within the limitations of our time, place, and model, but the goal supersedes the details.

We’ve seen what happens when thousands of people work together to build a tribute to human culture free from concern over profit or acclaim. The results are beautiful. And now it’s time to move along with that in mind.