Singles Club: Gorillaz square up against the Cheeto-in-Chief – but Happa steals the show

This week’s comeback kids are cartoon crew Gorillaz, who thrust Mercury prizewinner Benjamin Clementine onto the mic for a track with a political twist.

Chris Kelly: Another week, another comeback. I’m perpetually uninterested in Gorillaz but Benjamin Clementine is the star here. His voice is dramatic and melodramatic, as he picks strange fruit from a poisoned tree with pristine diction and haunting vibrato. However, I’m wary of anti-Trump protest songs – a little too much preaching to the choir, etc – and I’m especially wary about ones by British and French artists. Don’t you have your own fascists to worry about? (5)

Daniel Montesinos-Donaghy: More power to you if you are invested in the near-hidden characters behind the Gorillaz concept, but be happy that Jamie Hewlett’s doodles of Ian Brown and, no shit, a Japanese girl called Noodle have allowed Damon Albarn the platform to continue making interesting, collaboration-heavy pop well into a second decade. Bless Benjamin Clementine for showing up to a high-profile coronation, pushing into the mainstream and disavowing Albarn’s slightly rote HD trip-hop off the strength of his loquacious performance. (7)

Son Raw: We need to have a serious talk about the quality control on these anti-Trump songs. Just because the Cheeto-in-chief is a completely turd does not mean we should sit through another maudlin late-stage Damon Albarn project, specially one with so many schmaltzy choir bits. (3)

Jibril Yassin: I never thought Gorillaz would reconvene again after The Fall, so it’s nice to be proven wrong. ‘Hallelujah Money’ is not the world-conquering pop single we expected, but it’s a reminder of what can make Gorillaz so fascinating. I could care less about Damon Albarn as 2D when we’ve got Benjamin Clementine stealing the show, though – a calming and playful presence you could get used to listening to over and over again.  (8)

Daniel Montesinos-Donaghy: The only artist who appears more consistently on Singles Club than Tinashe is most likely Diplo, and he’s been boring every time. This even begins to recycle the ‘Pon De Floor’ percussion before thinking different of it, a rare moment of sensing you’re being a bit too obvious. (4)

Jibril Yassin: This feels less of a 50/50 collaboration and more an Autoerotique production with a few Diplo sprinkles to boot. Filthy bass aside, this put me to sleep after a few listens. (2)

Chris Kelly: Diplo returns to the well from which he first emerged with a blast of blog house nostalgia (I’ve never heard of Autoerotique but it looks like they’ve been Dim Mak regulars for quite some time – makes sense). This one’s all wobbly bass, ‘Pon de Floor’ snares and uncredited “exotic” vocal samples – yep, about what I remember from the first go-around. (4)

Son Raw: If Drake can flip Crazy Cousins into “tropical house”, I guess Diplo can make a bassline banger? Nevertheless, the style is joyless and anodyne in his hands, coming off like steady-beat brostep as opposed to the high-energy fizz that Burgaboy or Flava D synthesize. (5)

Daniel Montesinos-Donaghy: When ‘Bum Trance’ begins, it’s a steady throb with flickering melodic leads and horn burps, a cool type of energy sustenance that hints at a marathon-esque effort ahead; then, a squeak and Happa plunges the listener down a trapdoor, where the melody (somewhere between zydeco and a butter-fingered Casio mash) swirls around into new, puzzling zones. Glorious stuff. (9)

Chris Kelly: I gazed into ‘Bum Trance’ and ‘Bum Trance’ gazed into me. A widescreen wonder, all heart-palpitating rhythms and digital symphonies doing battle. Noisy but without devolving into noise-for-noise’s-sake. Trance we can believe in, and at his young age, Happa is still just getting started. (8)

Son Raw: This is high speed, ultra-percussive, proper dark, and doesn’t rely on a ridiculously simple drum pattern. That makes it fantastic on its own, and positively astounding amidst the scene’s worth of eyeroll-inducing DJ fodder it’s competing against. Now that the EDM bubble has burst, can we get to work on ‘young professional techno’? This can be a blueprint for the antidote. (8)

Jibril Yassin: The drum programming bores its way into your skull with its relentlessness but the real star is Happa’s sense of melody – not once does this feel like lame aggro.
(7)

Jonwayne – ‘Out of Sight’

Jibril Yassin: Open letters tend to be bad news and this was screaming alarms from the get go. Yet as it went on, it turned into something more resembling comfort – maybe it’s the brutal honesty in Jonwayne admitting how his drinking and his fear of flying may have held him back that saves it from feeling overly cloy or earnest. Maybe it’s how ‘Out of Sight’ keeps the bitterness at bay with its gentle chime; the 3am phone call visualized as song. (7)

Daniel Montesinos-Donaghy: In the Stones Throw documentary Our Vinyl Weighs A Ton, Jonwayne wakes up from his bed and almost immediately gets to going with his day’s work, which is: music music music music. ‘Out of Sight’ sounds like a revelation that this tunnel vision lifestyle can creep up and stun you into submission – he’s isolated and friendless and knows it. “When you build, you end up destroying things,” he raps, his word-clutter sarcasm shifting into dead-end self-pity, the artist’s lament given the ornate casing it hates, yet can’t get away from. (6)

Chris Kelly: I’m glad Jonwayne is taking care of his health, and that he’s able to use rap to exorcise his demons. I just don’t have much time for Def (re)Jux these days. (N/A)

Son Raw: I appreciate that there’s a positive message here and a market for this stuff, but I didn’t like white guy emo rap when Atmosphere did it and 15 years hasn’t really warmed me up to it. Sorry not sorry. (4) 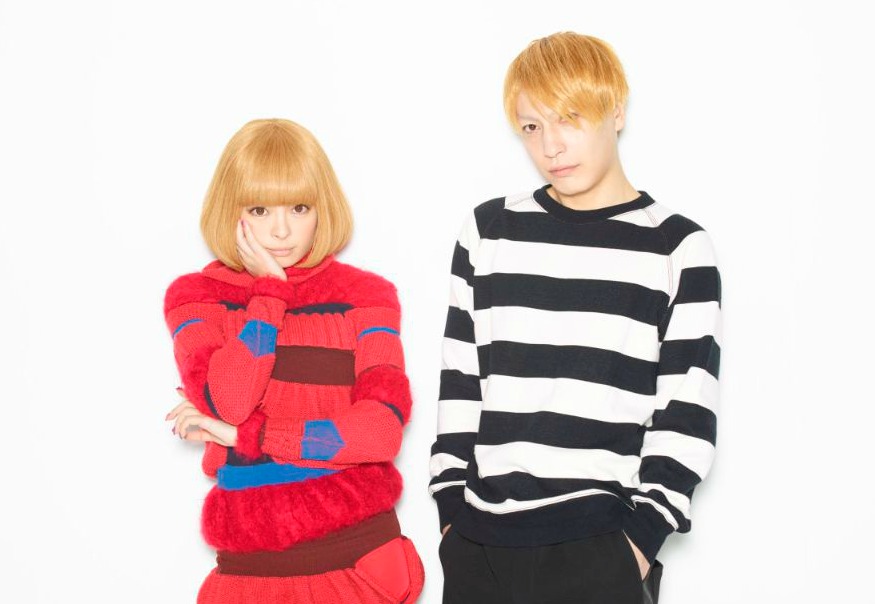 Daniel Montesinos-Donaghy: Next in Charli XCX’s never-ending experimental gap year across the pop firmament: J-pop! Yasutaka Nakata has been at the vanguard of popular Japanese music for some time now, helped along by his production work for girl group Perfume and his own electronica project Capsule, along with a bevy of Japanese stars including the ever-fascinating Pamyu Pamyu. He makes glimmering pop, so shiny that it feels like it’s beamed in from a space satellite and softened by bubblegum melodies that sound like a merging of chip tune and hi-NRG classics. He’s the maestro here, one that generally bends vocalists to match his composition’s will – and wouldn’t you know, here he’s gone and turned Ms XCX into a pitch-shifting scale and Pamyu Pamyu into a near-mute guide across feats of hi-tech pop architecture. It works – that’s why he’s the maestro. (8)

Chris Kelly: Charli XCX continues her string of out-there collaborations, and this one makes as much as sense as her tracks with Sophie and Lil Yachty: nothing says cute pop like J-pop heavyweights Yasutaka Nakata and Kyary Pamyu Pamyu. I still doubt J-pop (or K-pop for that matter) will ever crossover in the west but, short of that, this is a pleasant enough pen-pal confection to chew on. (6)

Son Raw: Much like eating an XXXL bag of gummy worms in one sitting, this is more exciting in theory than in practice, is fun while it lasts, and might leave you feeling ill. But wait… is that… a breakbeat on the remix? Hey, this mix tones down the song’s manic qualities into something a bit more solid – it’s still candy, but it’s preferable. (Original: 5; Remix: 6)

Jibril Yassin: This is such a next level bop. Nakata’s production is just so busy; everything feels overwhelming with the layers of synths and keys but the songwriting is so on point – like the fantastic refrain that comes right after the first chorus. Kyary Pamyu Pamyu fitting on this is no surprise, but as her collaboration with Giorgio Moroder proved, Charli XCX sounds so engaging when the production isn’t bringing out her scream-and-shout brat.  (9) 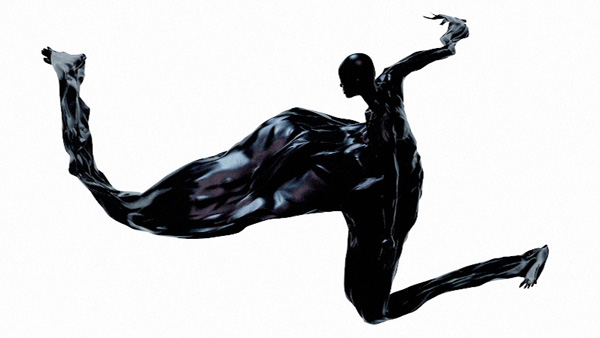 Son Raw: This makes complete sense on Hyperdub, echoing Burial’s funerary rave vibes but without actually sounding like the label’s signature act – which is key. Ultimately, this one comes down to that dirt-encrusted melody: a hauntingly beautiful lead that almost has me wanting to file this one under ‘Death Trance.’ (8)

Chris Kelly: With his collaborations with Björk, Arca and FKA twigs, Jesse Kanda has established himself as the preeminent crafter of surreal mindfuck visuals and a talent on par with Chris Cunningham. His first musical release fits on the same dream-nightmare continuum, but with less reality-breaking wonder. (6)

Daniel Montesinos-Donaghy: Kanda’s synths are sinewy, shredded lines, a haunting tear across the purity that the functional percussion reflects. It’s a gorgeous idea to bring attention to a strong base. (7)

Jibril Yassin: Raw and off-the-cuff. This is great because Kanda creates an emotional rollercoaster while keeping everything slightly off-kilter, but this is also great because it sounds like a mess. (8)