This week we enjoy the return of Kiwi pop curiosity Lorde while lamenting the shit-stirring efforts of Minaj-hater Remy Ma, while Jamaican dancehall duo Equiknoxx do it again with extra birdsquawks.

Meanwhile, Carl Craig hires a full orchestra for a reboot of a classic techno cut and LDN breakout star J Hus gets us mighty excited for a new generation of UK pop.

Jibril Yassin: It’s good to hear an upbeat Lorde moving past the whole angsty teenager vibes that coloured even the best of Pure Heroine, but ‘Green Light’ feels disjointed, as if it’s being pulled in two different directions. The pre-chorus sounds as if it’s threatening to destroy the momentum built by the verses and the chorus isn’t compelling enough to push that aside. It’s not quite the Pop Reckoning we were hoping for, but it’s a B+ Lorde song so expect Tumblr to go off for the next few months. (6)

Tayyab Amin: I’m so charged up and ready to face the day after listening to this! This piece of pumping piano house pop won’t be stopped. Lorde resurfaces with the rapturous triumph of a leaping dolphin [OMG – Ed.], set to claim the mantle as this year’s sound of a generation. I’m a believer. Hell, I’m going full gospel with the claps and euphoric outbursts in the chorus. Damn. She really did that. (9)

Chal Ravens: “But I hear sounds in my mind” is not Lorde’s strongest lyrical effort, but then I had to have Genius help me out with the lyrics because my ears don’t understand what the drunk young people are saying anymore. On closer inspection there’s a pleasingly unpackable nugget in the line about “great whites”, where she compares little lies to sharks with “big teeth” that come back to bite you – this is on-point Lorde, simple on the surface but with some clever subtext to dig up if you want to, and though the tune itself relies on a pretty dopey piano house riff there’s enough genuine feeling propelling her songwriting that you can get carried away with it anyway. I mean, fucking hell, it’s better than anything off that butt-clenchingly risible Ed Sheeran album, which I listened to in full yesterday like the pop martyr that I am, and seriously, the children are being cheated. (7)

Daniel Montesinos-Donaghy: Shout out to Lorde’s music for picking up the pace – those reserved, crawling tempos that defined her breakthrough hits are very of-the-past, and this is a shinier, fuller-bodied piano-led radio jam. It’s regular on the surface with its pop-house pianos following a familiar path, but it turns into something more distinct, the type of bedroom catharsis that Lorde is defined by. (7) 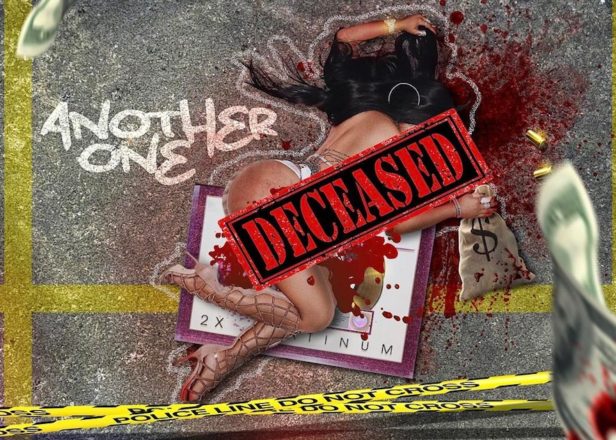 Tayyab Amin: I don’t blame Remy Ma for dropping a follow-up to her Nicki diss track ‘Shether’ so soon – a few days is an age online and she had to capitalise on Nicki’s silence. This one obviously doesn’t stand up so well, but it’s not supposed to be anything more than a jab to goad a reply. I’d be surprised if a reply comes about, ‘cause I doubt Nicki wants to legitimise Remy or take it old school – plus, she’s nowhere near as vicious. This completely one-way beef was tasty while it lasted but Nicki’s name is the one that remains on people’s lips. (Doesn’t matter out of 10)

Daniel Montesinos-Donaghy: I nearly turned this off after the Big L/DITC clunker in the first verse, and I kinda regret not doing so. The purpose of a diss track is to put your adversary on notice, as Remy did with ‘Shether’, a bludgeoning eight minutes I’m glad I listened to but never want to hear again. ‘Another One’ exists merely for the purpose of existing, without bringing any ammunition, just hinting at jabs to come. It’s a waste of goodwill, and a waste of a diss record. It’s just a Remy Ma song, and lord knows I wasn’t checking for those off my own initiative. (4)

Jibril Yassin: I barely made it through five minutes of Remy’s dusty, meandering ‘Ether’ sendup. I don’t have enough patience for another of the same, especially when it’s pretty clear Remy’s running on fumes here. (1)

Daniel Montesinos-Donaghy: Last time we checked in with the Equinoxx production crew, it was for the exuberant slackness of ‘Bubble’ – this time round, with more features and tours under their belt, are they able to filter that enthusiasm across a martial, percussive beat. It’s an intricate gathering of polyrhythms, impressed upon by Alozade’s authoritative nasalness. (7)

Jibril Yassin: Before the song reaches its first minute, Equiknoxx throw a blindfold over you and drag you underground; Alozade’s vocals strike a contrast against the dense riddim, especially near the end as his toasts begin to go into a trance. (7)

Chal Ravens: Chalk up another one for Equiknoxx, who proved they can do laid-back, sun-stroked bubblin’ music on, um, ‘Bubble’, and now return to their true calling: reeeeeeeally fucking weird dancehall. It’s skeletal and all kinds of wrong, with creepy off-pitch percussion trapping the vocals like a bird in a cage (which is a shame ‘cos LOL, they want to ‘Fly Away’) while odd little organ licks and crushed cymbals add to the creepiness. On repeat! (8)

Tayyab Amin: The percussion in this track is sensational. The rhythm begins in the distance, beyond the birds and fireworks, before rocking right up in your face and floating between speaker channels like it was programmed by Ali. After the banana clip of a vocal echoes out, Equiknoxx fire off the cymbals like laser pulses to leave you spinning. I love how irregular it all feels, and the whispering “fly away” ad-libs towards the end ice the cake with the niceness. (9) 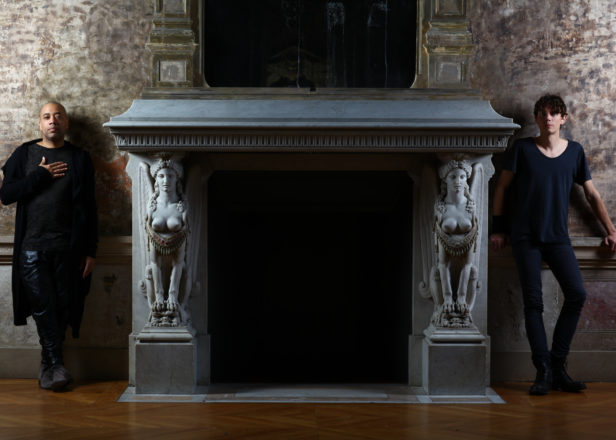 Tayyab Amin: Straight off the bat I just wanna say I’m over the novelty of symphonic reworks of electronic music. I’m a young adult in 2017 and I process all sound as digital audio at this point anyway, even acoustic stuff – a remix is a remix is a remix is a remix. Secondly, I can’t listen to the beginning of this track without thinking it’s gonna be a Badbadnotgood cover of TNGHT [LOOOOOOL – Ed.]. On its own, there’s still plenty to like here. There’s the stalking bass line, tastefully expansive arrangement and the most wonderful, mutating synth solo. It’s nice, but there’s nothing outside of the moment itself. (5)

Jibril Yassin: An absolute monster of a track. The aptly titled ‘Versus Version’ lacks that smooth glide that helped the original ‘Sandstorms’ feel entirely unmoored by time but these new fixings – the colossal horns, the woodwinds that seem to flit around the piano and beat – hold their own, giving this new rendition something more powerful than a mere spit shine could suffice. (8)

Chal Ravens: The Versus project has that whiff of trying to legitimise already-incredible music by adding “real instruments” – a tried and tested way of making vital electronic music sound incredibly dull. The Detroit school has been especially guilty of this indulgence in recent years. As techno-turned-classical goes, the Versus version of ‘Sandstorms’ at least has some torque to it, but for me it feels too grandiose, the brass riff all flatulent and stodgy compared to the buttoned-up intensity of the original synth line. Dunno. Maybe for the car? (6)

Daniel Montesinos-Donaghy: The back of Craig’s 2004 Just Another Day EP – where the languid original version of ‘Sandstorms’ rests – has a quote from Genesis 6:13 saying that “the earth is filled with violence”. Bombs fall across the front cover. It was the early days of second Gulf War, a time of anti-war anxiety, something that ‘Sandstorms’ offered a kind of hard-worn relief from – something that this orchestral remake denies the listener. It’s impressive if clunky, more similar to Metallica’s orchestral flourishes in its bombastic approach, but it’s an interesting exercise, particularly when the rock-solid synths butt in at the climax. It’s hard to find a pocket of peace here, however: the goodwill has been drained out of this song and replaced with more anxiety than ever before. (5)

Tayyab Amin: Coming off a couple of hot collaborations with Dave and Nines, J Hus drops his solo return and it’s just the single we needed. There’s crisp production that calls for car cruises and bottle clinks, vocoder croons sprinkled on top like #saltbae, plus some line and sinker to go with that irresistible hook. His delivery, meandering between street and patois, is infectious as ever, culminating in a chorus that begs to be quoted incessantly for the next few months. You know a track’s a lot when you’re dreaming of its meme potential. (10)

Daniel Montesinos-Donaghy: Holy cow, this is candy and rainbows and sugarcane and chilled drinks – utter warm weather sweetness, as good a radio mainstream-levelling shot as Hus has had thus far. God bless, I’m looking for a pair of cargo shorts and an ill-fitting vest top. (7)

Jibril Yassin: 2017 is looking to be J Hus’s year and he sounds primed for it, sounding absolutely comfortable over this breezy slice of dancehall, switching between that earworm of a hook and a laidback flow with ease. (7)

Chal Ravens: I love this with each fibre of my being and if there is any justice in this world it’ll soon be J Hus clogging up the Spotify charts with every single track off his debut album, a la Stormzy’s ridic success off GS&P. Honestly, after that ‘Samantha’ tune with Dave it just feels like everything’s falling into place for a generation of homegrown POP MUSIC (‘cos come on, there is nothing about this song that suggests it cannot penetrate the mainstream to the full) which is also gloriously independent and outwards-facing. Afrobeats, UK rap, whatever we’re calling it, I predict a summer of absolute bangers from this lot. See also: Mostack’s ‘Let It Ring’, which I am obsessed with and which needs to be top 10 immediately. (8)