The stunning new album from DIY inspiration Mary Ocher draws on everything from the cold wave synth-pop native to her current home of Berlin through to dark ambient, folk and African and Latin rhythms – a testament to the Russian-born, Tel Aviv-raised artist’s ever-broadening horizons. Elizabeth Rushe finds out why Ocher’s been writing “songs for young xenophobes” on The West Against The People, the new LP out on Friday.

This year marks a decade of living in Berlin for musician, multimedia artist and professional anarchist Mary Ocher, who releases her fifth full-length album, The West Against the People, on March 10. It feels like a moment on the precipice for Ocher, who has barely paused for breath during the last decade. Since her early days busking in Berlin’s Mauer Park, Ocher has earned a reputation as a creative powerhouse, organising festivals, making documentaries, releasing albums and directing a wealth of quirky music videos to accompany her genre-hopping music, typically featuring characters that could have walked straight off a John Waters set.

At times eerie, melancholy and sparse, the new album finds Ocher playing over a backbone of grooving, kraut-infused drums, sometimes with three drummers, building on the “new tribalism” of her previous album, Mary Ocher + Your Government (Ocher refers to her two drummers as Your Government, though the line-up changes with each album – she also drums on The West Against the People). There are quiet moments on the record too, on tracks such as ‘The Endlessness (Song For Young Xenophobes)’ and the melancholy ‘To The Light’, further unveiled in a stunning piano version (below). Ocher doesn’t let you wallow for too long, though; ‘Zah Zah Part I’ is an irreverently groovy moment of respite before the shamanic chills of ‘My Executioner’. It’s an eccentric and boldly disparate album, channeling voices as varied as Klaus Nomi, Nina Hagen and The Knife, and marks Ocher’s second release on Klangbad, the label of krautrock pioneers Faust, whose Hans Joachim Irmler acted as producer on the LP.

On a cold February morning, with Siberian winds gusting through Berlin’s streets, I meet Ocher at a community cafe in Friedrichshain. The cosy room is furnished with antique theatre seats, while stickers reading “Analogue Table” fend off the laptop crowd. Explaining the album’s provocative title, Ocher outlines the political essay she published last December, also called The West Against The People, which rails against Europe’s increasing xenophobia.

“It’s mind-blowing that so many people who vote for [racist political parties] don’t realise that they’re voting against themselves,” she says. “People who have migration backgrounds, they feel comfortable and integrated but don’t realise they don’t qualify against the people who have racist, purist ideas. They’re still impure – they’re still “dirty foreigners”. I think we should all remember that we all either come from somewhere else ourselves, or our friends come from somewhere else.” 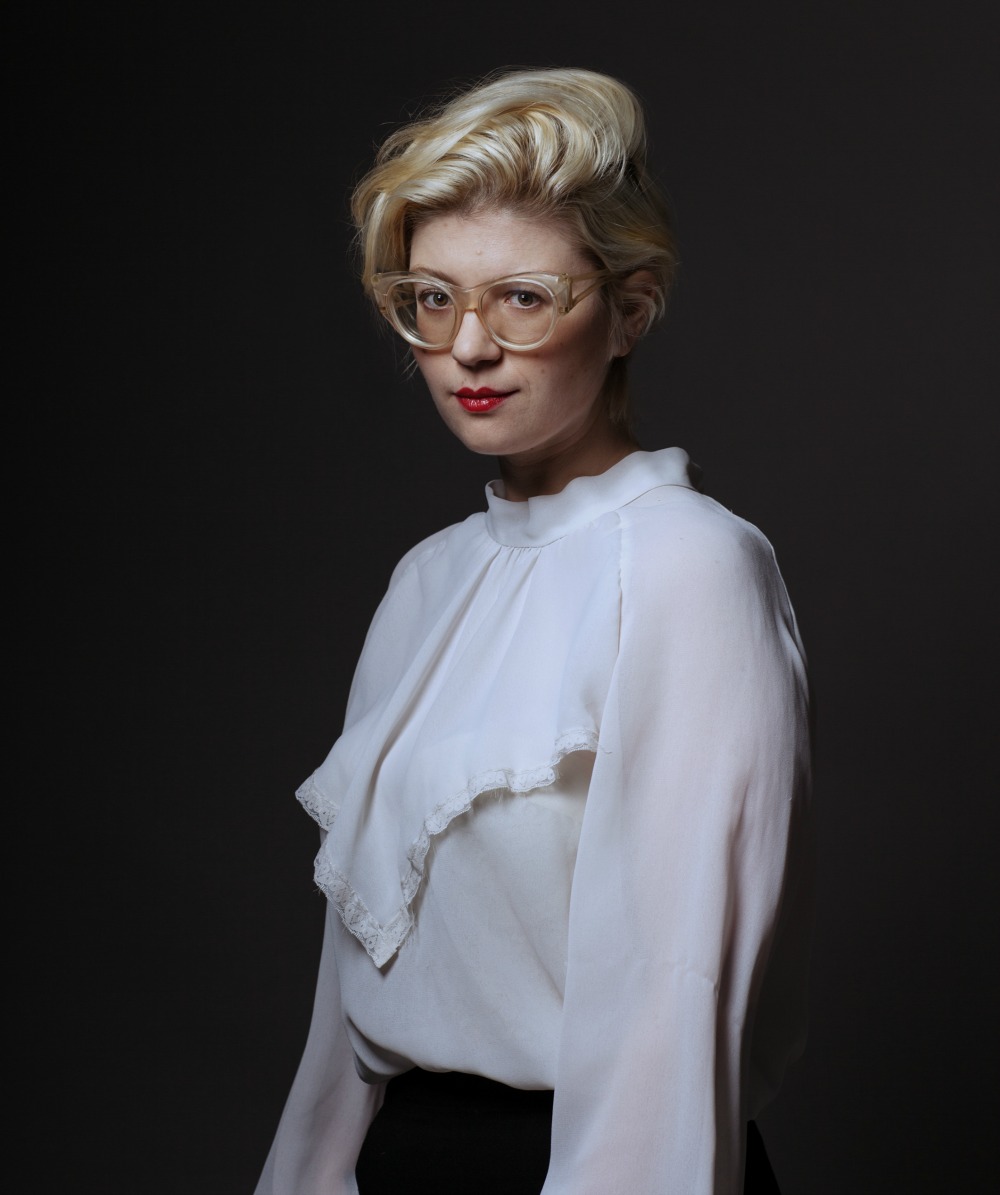 “I’m really used to stages of fear and discomfort, of stress and violence around me”

Ocher, too, comes from somewhere else. Her childhood memories are of sirens in the middle of the night, being taken to the shelter to put a gas mask on. At the age of four, Ocher’s family moved from Russia to Israel, where she grew up with guns all around: soldiers sitting on the bus with guns draped over their shoulders, casually pointed in her direction; guns paraded in the street by the men and women of the Israeli army she refused to join; the presence of a massive army base in the middle of her city. “I’m really used to stages of fear and discomfort, of stress and violence around me,” she says.

The experience of “everyday arms” left an indelible impression. “I would always see kids who were two or three years older than me with guns, walking up and down the street. I would just stare at them with discomfort.” These impressions from her childhood inspired the album track ‘Arms’, a minimal piece based on operatic hums and a melancholic melody loosely reminiscent of The Knife’s ‘Heartbeats’. The accompanying video highlights the prevalence of guns in Israeli society – at the supermarket, in the cafe, in the bus station as two soldiers kiss goodbye and go their separate ways.

Ocher was able to avoid army service because women in Israel can be conscientious objectors, a choice not offered to young men. “It’s horrible,” she says. “We would all benefit from the freedom of being able to express whatever identity or emotion. There’s so many types of behaviours and traits that you’re not supposed to show as a socialised male. You’re not supposed to show vulnerability, or insecurity, or be emotional, or even be creative in particular environments. It’s so much about pretending to know exactly what you’re doing – but be tough. Why do you want to spend your whole life pretending? It’s just a mindfuck, the whole system.”

After forming her first band in Tel Aviv, Ocher moved to Berlin in 2007 where she became embedded in the city’s performance art and music scenes, publishing poems and creating art installations as well as releasing group and solo records. After the politicized folk of her debut album, War Songs, its follow-up, EDEN, saw Ocher working with Canadian garage-rocker King Khan, and in 2012 she recruited her drumming duo to form Mary Ocher + Your Government, joining Klangbad in 2016 for their self-titled album.

On The West Against The People, her second album for Klangbad, Ocher explains she took a variety of approaches to composition, writing song “recipes” for herself: how to start, which elements and sounds to use. “I would actually make instructions for myself,” Ocher says, “whether it was a sound with a synthesizer, or words, or a vocal sound, or some sort of sound effect.” For the instrumental track ‘Zah Zah Part II’, for example, she recorded the sound of her hands “swooshing” together. “This was a note that I made for myself a year ago. So I collected all of these ideas and tried to realise them on this album.”

Her distinctive yet elastic voice is shown to full effect, from haunting, layered chanting on ‘Firstling II’ to the soaring heights of ‘Arms’ and the jazzy yowling of ‘The Irrevocable Temple of Knowledge’. It’s clear Ocher enjoys manipulating her vocals, but she doesn’t train her voice and has never had any formal training. “When I was a kid I wanted to, but I had a fair share of clashes with classical music – we just didn’t get along. I was more interested in rock music. [My tutor] told me that rock and roll was garbage. Then I stopped playing the classical music,” she recalls. “There’s so much more that you can do with the human voice, but there are still so many limitations that I wish that I could remove, and learn how to take it further.” 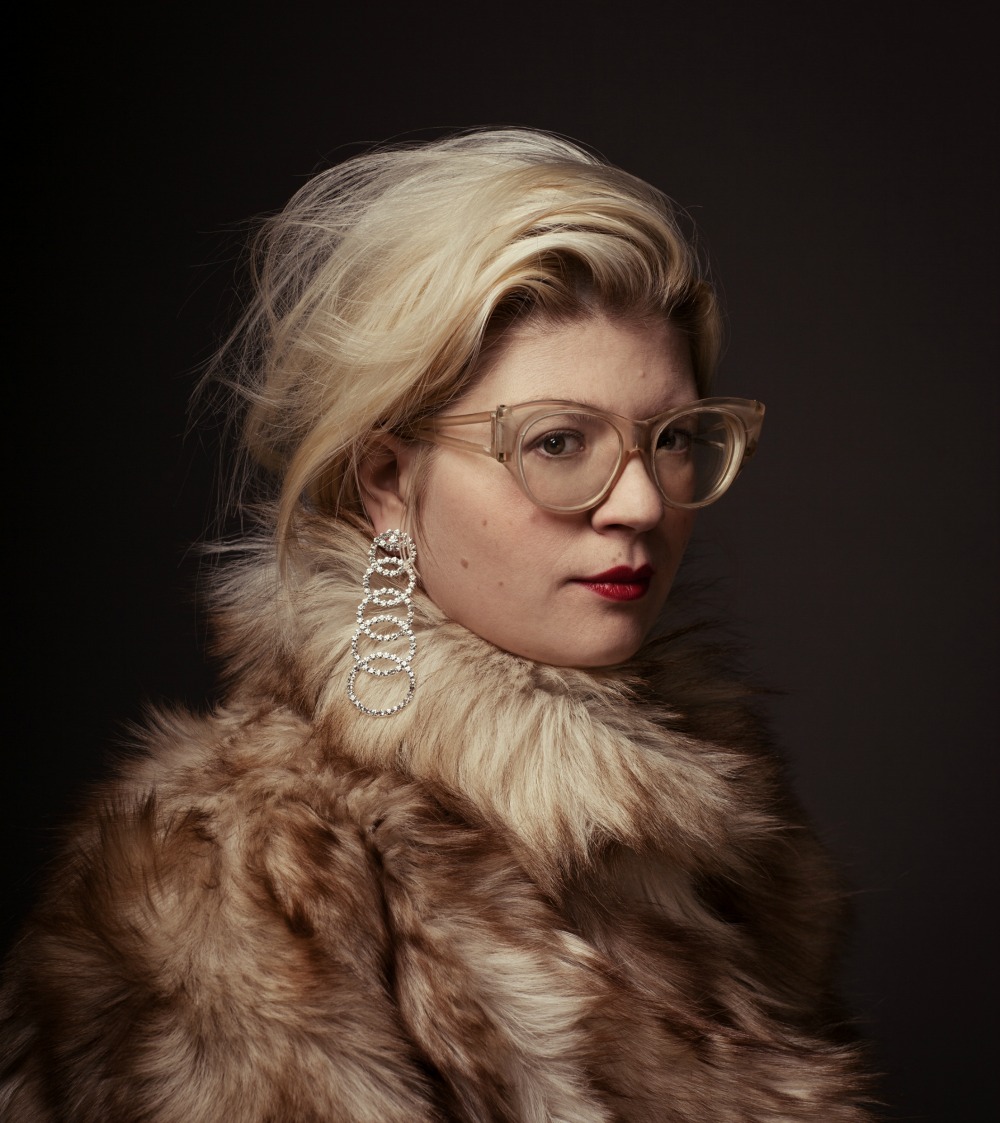 “I want to have control over what I do. I have to do most of it by myself, or find a way to be able to have the final word”

The album was recorded in Scheer, a tiny village “in the middle of nowhere in the south of Germany” which offered grand views of the Danube from the recording studio’s window. The studio was too remote for Ocher’s collaborators to access easily, but she was still able to work with cellist and composer Julia Kent, of Antony and the Johnsons, and German electronic legend Felix Kubin, who sent over a variety of sketches that Ocher built into the track ‘Wulkania’. “That was very interesting and new, as that’s not the way that I’m used to working. I’m really happy it worked out the way it did,” she says of the Kubin collaboration.

Alongside her five albums, Ocher’s music videos form a crucial aspect of her output. She has produced an eight-part series delving into contemporary relationships and a six-part spoof, Between Two Drummers, a friendly nod to Between Two Ferns, featuring Molly Nilssen in the final episode. She also co-directed The Sounds of Softness, a mockumentary centred on a late-70s avant-garde art movement. Her DIY attitude has given her freedom to pursue her own path. Ocher crowdfunded her last album through Indiegogo, and during her two-month, 50-date tour of the US and Canada in 2014, she gave a lecture on how to book your own tours, covering PR, logistics and research.

DIY communities are essential, she believes. “We definitely shouldn’t be waiting for some sort of ‘more professional’ [approach]. I think essentially it has to do with money. We should try to figure out how to do things without having to try and rely on any systems. It always comes with strings attached.”

“I want to have control over what I do,” she continues. “I have to do most of it by myself, or find a way to be able to have the final word. I don’t want my work to be taken away and changed and then brought back. That would just be terrifying. It’s funny because it still feels like it might happen, everything seems so fragile. I’ve seen attempts [to take away control]. After years of doing it, you think that people have some kind of professional respect for you, but I think it has to do a lot with gender as well.”

How many male musicians have to fight for attention from sound engineers, she wonders? “All of a sudden I’m not even part of my own soundcheck,” she says recalling a show last October. “The sound people communicate with the drummers and I’m not even allowed to – they took my mic and checked it and I just stood there and kept saying, ‘Excuse me, what are you doing?’”

Ocher also remembers a festival organiser – a woman – openly telling her that she was on the bill to fill a ‘woman quota’. “They didn’t mean any harm, but it’s very unfortunate.” Recently a male fan approached her at the end of the show to say he was “annoyed by the social stuff” and that she should stick to the music.

But after more than a decade of making genre-blurring and medium-blending music and art, Ocher remains committed to bringing politics to the table – even if it makes people uncomfortable. “I think it’s mostly about communication and who’s willing to be part of the exchange,” she says. “The situation is actually really dire, and I think people that are not interested in politics should wake up.”